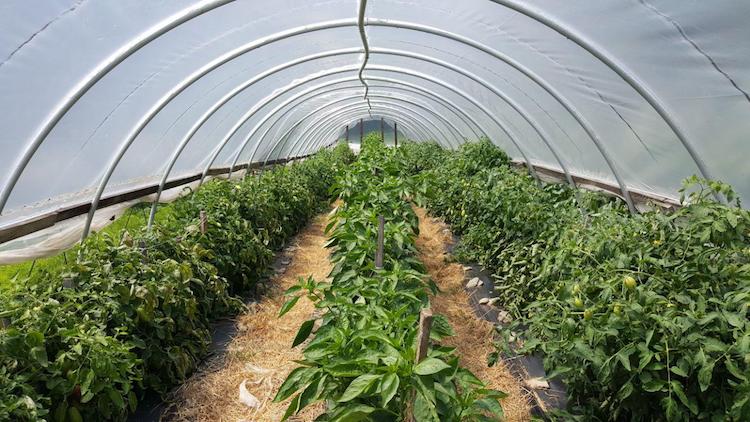 Quietly nestled on the side of a hill in the rural town of Caroline, New York, just a short drive from Ithaca, Nook and Cranny Farm is well-suited to its name. Its owner, Bob Tuori, has owned the plot of land that it sits on for almost two decades. Over the years, he has grown it into a prime example of a community-focused intensive, efficient, and sustainable small farm.

"My intention at first was only to be a homesteader — just to feed my family," Tuori says. "And then quickly we had more than we could use so I started going to farmers' markets. … It just progressively got comfortably bigger each season." Tuori's farm is particularly notable for a few reasons. Not only does it utilize a Community Supported Agriculture (CSA) business model to supply high-quality produce to over 60 families in the region and employ people from the area, but it does so with only four acres of arable land, by using it as sustainably and efficiently as possible.

Add this to that the fact that Tuori himself is a full-time high school chemistry teacher — as he has been for the duration Nook and Cranny's existence — and you get a close-up view of what a local, citizen-led agricultural revolution might look like. In a country where far too many people still do not have access to nutritional food (see USDA's interactive atlas of food deserts) small farms like Nook and Cranny that are located in the communities they feed offer much promise in their ability to increase access to high-quality food. 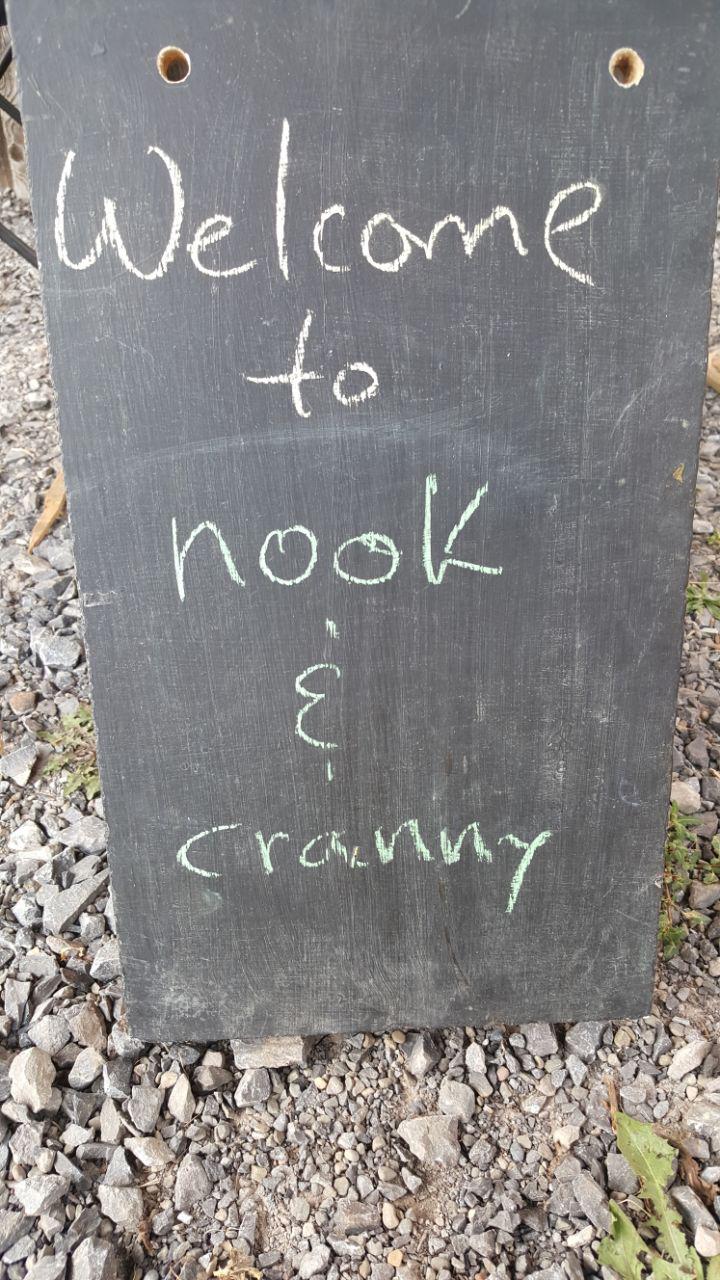 Under the CSA model, residents buy CSA shares from a farm — basically prepaying for the produce of the upcoming season. This way, farmers cover upfront costs without having to take out loans, while residents provide farmers with financial stability in the face of uncertainty and risk, but they also share in the abundance of a good harvest. "That what it is ideally about, to have a community support a farm, and in doing so to pay up front what they can," Tuori says. "And then on the other hand, the farmer has some responsibility, giving the share of people the best stuff."

This has become increasingly important in the U.S., where many farmers rely heavily on credit to buy seeds, machinery, and other supplies. Compounding this is the fact that lending to farmers is seen as risky, and interest rates for farm lending have been rising recently. In a world where farmers, both nationally and globally constantly, find themselves in financially precarious positions, the CSA model offers significant relief and financial stability to farmers. "It's a very viable business model because you get most of the money up front," Tuori says.

On the sustainability side, crop rotation is crucial to soil health but it also makes more sense practically. Tuori says he started growing melons because it coincided with the summer months when he didn’t have to teach, but it soon became necessary to diversify. "It became untenable to keep an acre or two of melons going on a small plot because you can only rotate so much," he says. "After two or three years of that, there was a lot of disease and a lot of insects, and it didn't seem like a reasonable model to just grow a couple things. On a small plot of land it seems more reasonable to have an incredible array so that you can keep rotating and keep diseases and insects, to some extent, under control."

Globally, small-scale farming feeds 70 percent of the world, and does so without the immense environmental impacts and food waste attributed industrial agriculture. Interestingly, smaller farms like Nook and Cranny might be inherently more sustainable than large-scale ones in part due to physical considerations.

Tuori explained that his decision not to use heavy machinery like tractors was ethical, but also practical. Since the farm uses all available space for growing and is surrounded by other properties and a road, there’s no turnaround space for a large tractor. This increases the efficiency of the land-use. "Being a tractor-driven farm would minimize at least half of the growing space I could use," Tuori says. "Using these little two-wheel tractors, you can use every inch. You can grow right up to the forest line in any direction." 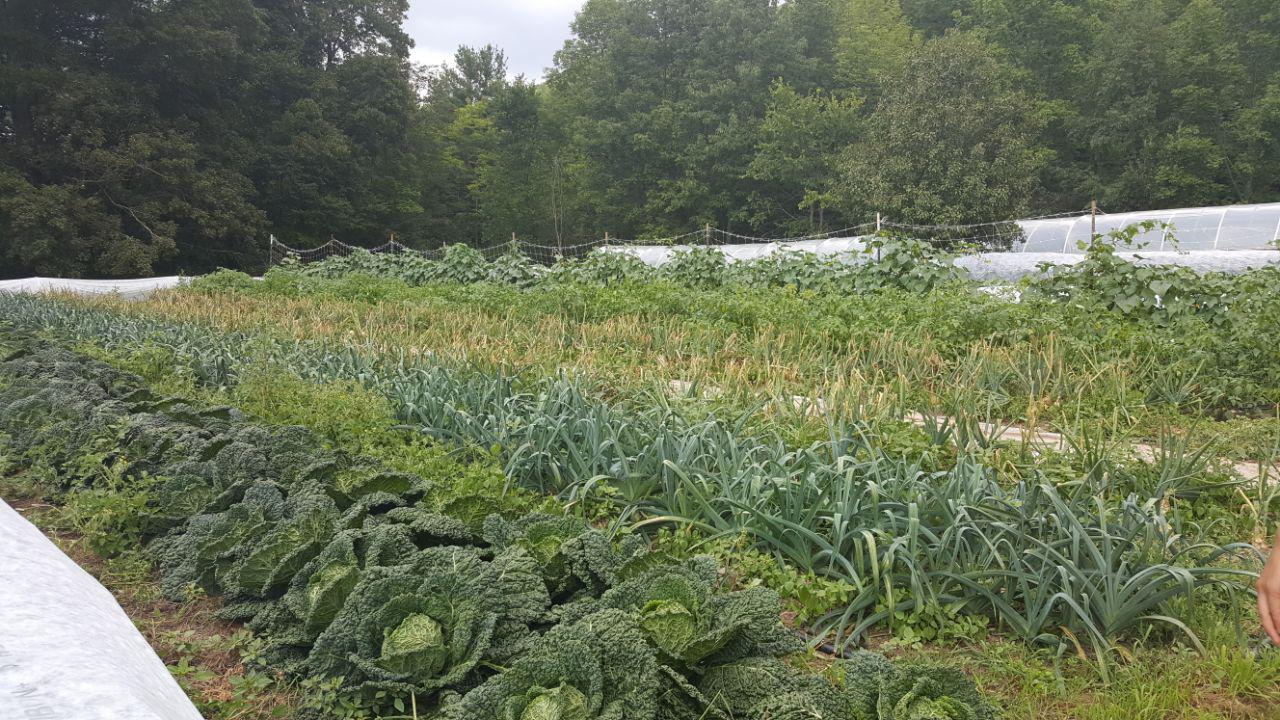 For those considering starting a project like this, Tuori says he's a proponent of starting small, while having some other primary source of income so it is, "not really stress-inducing and so that you know you can pull it off." Yet understanding that expansion is possible or even likely, and planning for it is a good idea. "Planning a plot of land and how you would design permanent beds in an efficient manner would be something that’d be good to do up front that I didn't, and I just would have to keep changing plans over the years," he says.

When asked about why he started Nook and Cranny, Tuori says, "I've been searching to be a farmer since I was probably four years old." But he mentioned it took some time before he could do it. "There wasn't really small-scale agriculture accessible for people, especially if you lived in a city. So there was no role model. There was no obvious way to pursue it." These days, that isn't a problem anymore — the business models and role models are out there.

All photos of Nook and Cranny Farm by Aaron Fernando/Shareable