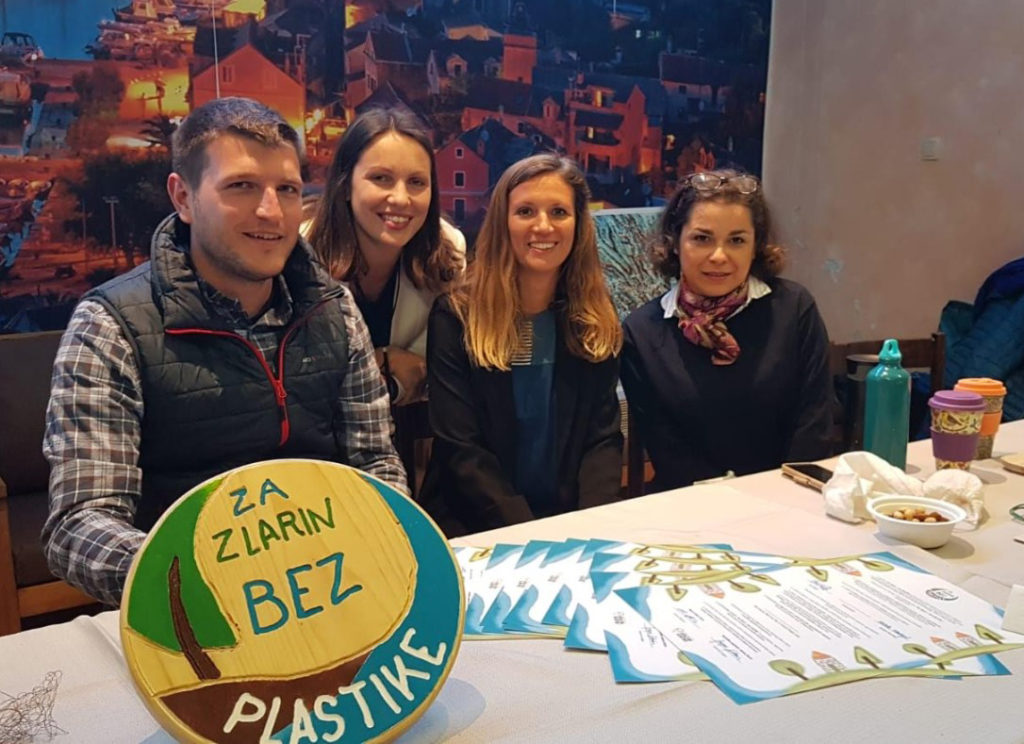 Signing of the Charter - Photo: Municipality of Zlarin

As the European Union votes to ban single-use plastics by 2021, one small island in the Adriatic Sea is already making good progress.

The Croatian island of Zlarin is on a mission to become the Adriatic Sea’s first plastic-free destination. For half of the year, that goal seems easily achievable. Between October and March, just 300 people live on the island. But during the spring and summer months, the population swells to more than 3,000 as tourists arrive to enjoy their vacations in the sun.

As the number of people inhabiting the island increases each year, so does the amount of garbage produced. Ana Robb is an environmental campaigner and founder of the Paris-based nongovernmental organization La Révolution Albatros, which aims to inspire people to use less plastic in their day-to-day lives. She’s been visiting Zlarin since childhood and has found it difficult to ignore the impact of plastic waste.

“Tourists, myself included, produce a huge amount of extra garbage, particularly light plastic that easily flies away from trash cans in the wind,” she explains. “I’ve found it quite astonishing to see the damage during my visits.”

Robb’s first-hand experiences inspired her to join forces with Ivana Kordić, and Nataša Kandijaš last year. Together, they competed in a competition called the Adriatic Plastic Challenge, which aimed to unearth innovative new ideas to reduce plastic waste.

The trio won first place with their framework for Zlarin to remove disposable plastics from its local economy. Last month, the island signed a Plastic Free Charter to put Robb’s ideas into action. Robb and her competition partners will also run a series of educational workshops to raise public awareness of plastic pollution and sustainable solutions, funded by the prize money they won.

Beginning this spring, Zlarin’s businesses — including shops and restaurants that primarily serve tourists — will eliminate single-use plastics from their operations and ensure that all organic waste is composted rather than taken to landfill. The island’s municipal authorities are actively seeking further solutions and financial support to improve Zlarin’s sustainability credentials.

Small island communities all over the world are quickly transforming into leaders on matters of sustainability. The Scottish Shetland Islands, for example, are aiming to become the first place in the U.K. to eradicate single-use plastics.

Meanwhile, the European Parliament recently voted in favor of banning all single-use plastics in its territories by the year 2021. This significant regional shift will see the European Union’s population of over 508 million living more sustainably. Zlarin, however, shows that no community is too small to lead the way.

All images provided by Marina Kelava