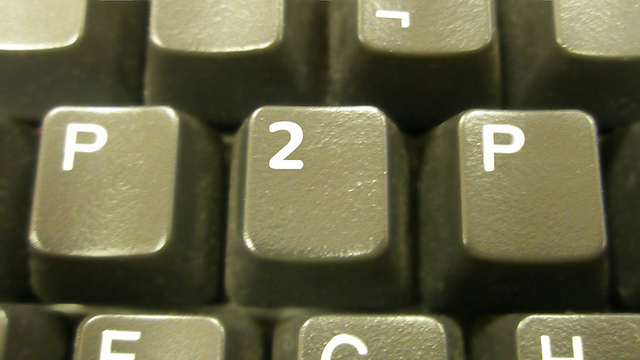 If you've been hearing the word "blockchain" recently or noticing a lot of excitement about spiking Bitcoin prices, you're not alone. There is certainly an immense amount of hype about how much money can be made in these areas but these stories and discussions don't always touch upon the day-to-day utility these developments will have on regular people around the world. Not only that but there isn't always a great explanation of what these technological developments even do or how they work, as explained to the non-specialists who could benefit from them. Yet there is one area where the blockchain can benefit most people regardless of any technical understanding, specialized knowledge, or wealth — in the peer-to-peer economy.

The peer-to-peer (P2P) economy is a relatively simple concept. It's an economy where anyone can transact as both producers and consumers ("prosumers") without having to use intermediaries. The concept of P2P economics has been around for a long time, but recent technological developments make this form of trade much more widespread by lowering costs and increasing ease and access.

Blockchain is a new way of storing and transferring information using an extremely secure, distributed network of computers. A blockchain keeps track of changes in value over time — transactions usually, but not necessarily (simple explanation here). Since a blockchain is a computational network, automated processes and applications can be programmed to run on a blockchain. These applications and processes, called "smart contracts," perform some action once certain conditions are met. For example, a simple smart contract might be one that plays Blackjack with you and either gives you a payout or takes your money if you lose.

Importantly, because of smart contracts, the need for third-party moderation can be drastically reduced or eliminated when dealing with a wide range of industries. By automating what previously require expensive third-party services via smart contracts, many financial services (insurance, lending, P2P payments) can be offered at a lower cost. This shift will disrupt those industries and many others — basically any that have potential for P2P trade.

One of the areas in which smart contracts on a blockchain will spur immense change is in energy distribution. In fact, this is already underway, and it is now becoming possible to completely decentralize energy production and consumption. The Australian startup Power Ledger has been challenging assumptions about energy distribution through its blockchain-based distributed energy platform, which enables prosumers to buy and sell energy to each other without having a centralized utility provider mediate the transaction. The significant innovation here is that energy can be exchanged for value and value can be exchanged for energy without having to go through a central utility provider. By enabling direct sales between prosumers, it simultaneously becomes more profitable for small energy producers to sell electricity onto the grid and cheaper to buy electricity off the grid.

"By stripping out the wholesale market costs, retail margins and retail costs there is an opportunity for both improvement for the seller but also access to cheaper energy for the buyer," says David Martin, managing director at Power Ledger. Effectively, this will make it more economical for households and communities to switch to solar and sell energy to their neighbors.

Since prosumers can buy and sell from their neighbors, less of the distribution network gets used, resulting in a more efficient energy system. And it doesn't have to be solar power. "In the old days, when we all relied on coal-fired power stations, you had to dislocate your communities from your power stations — dirty, ugly, smelly, noisy things. These days, generators are far more complementary with urban development," Martin says. "It doesn't really matter what sort of format or form the power generation takes; it's the fact that it is co-located with the consumer that makes it a far more efficient proposition."

The infrastructure for decentralized P2P energy already exists, but platforms like Power Ledger use the blockchain to provide the monitoring and logistics that enable prosumers to transact with each other. Power Ledger has already completed two small trials of the system and is currently doing fundraising and expanding, but a similar project, TransActiveGrid, has also been tested in Brooklyn, New York.

Blockchain could  also lower costs of facilitating the P2P economy by making it easier to share vehicles and other physical equipment. For example, Slock.it has developed a blockchain-based "Universal Sharing Network," which is a P2P platform where anything can be rented, sold, or shared. Like a decentralized library of things, platforms like Slock.it will increase access to equipment, vehicles, and whatever else while driving reducing the financial burden of administering these systems.

When it comes to sending money, there are many money transfer companies that use a blockchain to facilitate P2P payments, which would normally be mediated by a bank or a money transmitter like MoneyGram or Western Union. Some, which enable people to send remittance payments across borders — a $430 billion industry in itself — can drastically cut fees by using a blockchain.

Blockchain could also reduce the costs of running P2P insurance networks by increasing transparency, reducing fraud, and cutting administrative costs. P2P insurance already exists — companies like German-based Friendsurance offer P2P insurance, Lemonade offers P2P property insurance, and there are a few others. By adding a blockchain component insurance can become a lot simpler and cheaper for customers. There are startups like Dynamis that are trying this format. There is a lot of potential here. By using a blockchain, it is possible for localities and communities to offer insurance within a relatively small social network and then leverage social dynamics to reduce insurance costs — by increasing preventative care, for instance.

It is commonly acknowledged that regulation already has to do a lot of catching-up when it comes to these P2P applications of the blockchain. When it comes to blockchain use-cases that relate to finance and banking, there are quite a lot of legal hurdles that must be overcome. In many blockchain startups there is often a palpable contempt for regulation, but this can be counterproductive. Regulators are not antagonists who only wish to stifle innovation at all costs, though stifling innovation is something that regulation sometimes unfortunately does.

Much of the the issue has to do with the fact that laws regulating banking, finance, energy production, and so on were written before P2P trading was possible at all, and now they must be interpreted or altered to fit modern capabilities. As David Martin of Power Ledger says, "While the regulation does not contemplate peer-to-peer trading, I don't see them as being anti-peer-to-peer trading. [The regulations] were just written at a time when the technology didn't exist."

No longer an obscure technology, different blockchains are being used for a wide variety of purposes by large corporations, nimble startups, and small collaborative groups alike. The P2P economy has always been around, but with such a dramatic increase in capability and efficiency that blockchain provides, we can expect to see a significant reconfiguration in the economy as we know it as individuals increasingly use this technology to transact directly with each other in just about every industry or niche.