How Tertius, the Airbnb of inspections, will help alleviate DC's housing shortage - Shareable
Skip to content 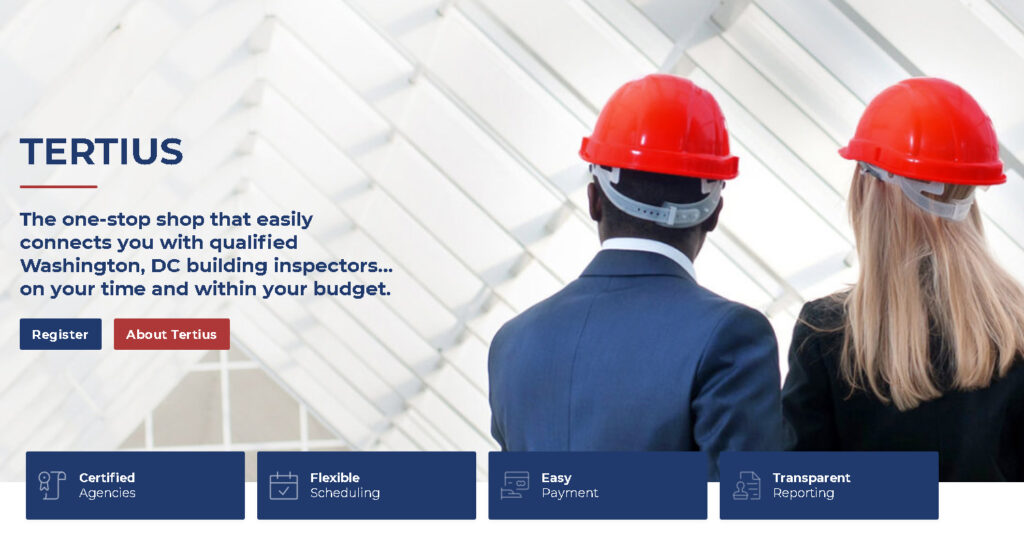 Two years ago, I had the opportunity to speak at a conference in Sweden about the sharing economy. I had the pleasure of meeting Ernest Chrappah, an executive in Washington, D.C.’s city government. We had a short chat. I learned he wanted to bring sharing economy efficiencies to city services. We exchanged cards and I followed up with an introduction to Adam Broadway, CEO of platformOS and a respected marketplace expert.

Fast forward to today, Ernest spearheaded the development and recent launch of Tertius, an online buildings inspections marketplace he calls, “the Airbnb of inspections.” His agency, D.C.’s Department of Consumer and Regulatory Affairs, built Tertius with platformOS’ platform-as-a-service (PaaS) technology, which enables anyone to quickly and inexpensively launch an enterprise-grade marketplace. PlatformOS is a true one-stop shop for  building any type of platform.

In short order, Tertius has revolutionized D.C.’s once cumbersome and delay-prone inspections process through a centralized platform that manages inspections from initial bookings to completion. The early results are promising. Tertius shrunk inspection times from weeks to as little as two days and is expected to increase inspections by 67% in the first year of operation.

In addition, this new sharing economy business model for building inspections is expected to generate millions in additional revenue for the D.C. government while increasing the quality of inspections through inspector ratings and reviews — a level of transparency that didn’t exist in the prior inspections process.

One keenly anticipated result of the new system is that it will help speed new housing construction and help alleviate the housing crisis in one of the most expensive housing markets in the U.S. 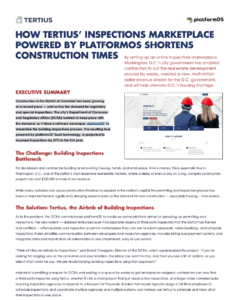 Tertius, powered by platformOS’ SaaS technology, is projected to increase inspections by 67% in the first year. Download the case study to learn more.