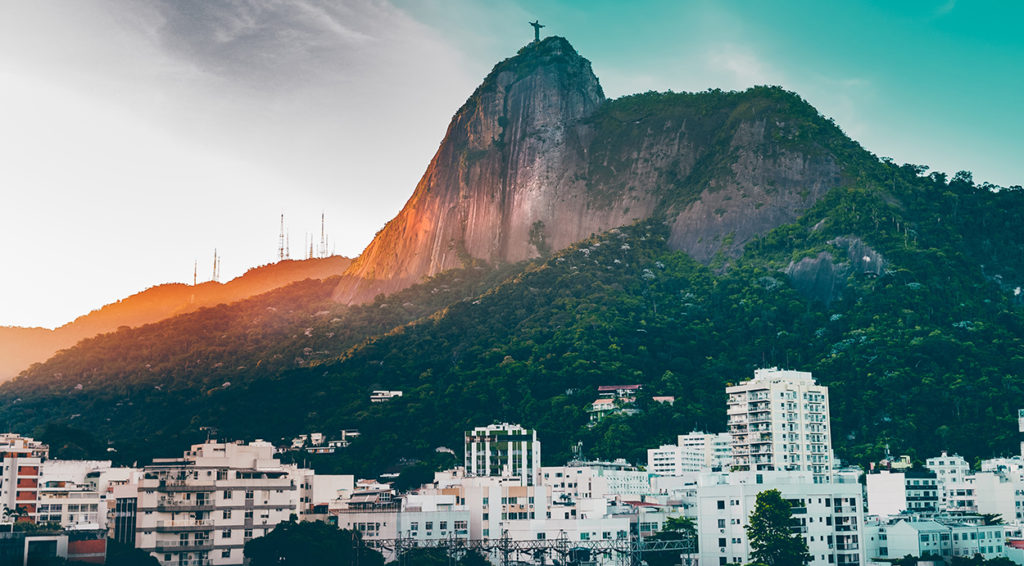 Photo by Krys Amon via Unsplash

Hundreds of demonstrators at Brazil’s largest literary event, the Rio International Book Biennial, stood up against homophobia and government censorship earlier this month.

As Municipal Guards, dispatched from City Hall, turned up at the Biennial for the second day in a row to seize copies of a 2010 Avengers comic book — which features a kiss between two gay, adolescent superheroes — the marching demonstrators each raised copies of LGBTQ books into the air and defiantly shouted, “No to censorship! No to censorship!”

Rio de Janeiro’s mayor, Marcelo Crivella — an evangelical bishop — was attempting to ban LGBTQ content. “We are protecting the children of our city,” he said in a video, claiming a gay kiss is “improper” for young audiences. He demanded the books be wrapped in black plastic with a warning for parents.

On the first day the guards arrived, they were armed with an official mayoral order to seize books containing “homotransexualism” [sic], a term often used by right-wing groups to equate sexual orientation with illness. On the second day, they also had judicial decision backing the mayor’s orders. The Supreme Court later overturned the decision.

This is the latest blow in a series of anti-LGBT measures in Brazil since self-declared homophobe and far-right nationalist Jair Bolsonaro assumed office in January.

Measures have included slashing funding for queer-themed films and giving orders to ban “gender ideology” from public education. “Brazil can’t be a country of the gay world. We have families,” he said earlier this year, after removing LGBT tourism from his national tourism plan.

But this time, people fought back with organized collective action.

After the first attempt to censor books, Brazilian comedian and YouTuber Felipe Neto purchased 14,000 LGBTQ-themed books to distribute for free the next day. His protest came out of a conversation with Alessandra Ruiz, a literary agent and friend of the YouTuber, who later stepped up voluntarily to coordinate the larger protest.

The comic book had sold out quickly, but Ruiz and Neto were eager to send a bigger message. “We wanted to do something to stand up to censorship,” Ruiz recalls, so they made the decision to buy all the LGBTQ books they could and distribute them for free the next morning. In less than 24 hours Ruiz oversaw the purchase and distribution of several thousand books from dozens of publishing houses and coordinated around 60 volunteers. The Biennial ceded the central square for their action.

The mission was to distribute, wrap and label each book in black plastic and a label reading “Inappropriate for backward and prejudiced people.” Thousands of people showed up for a copy.

An arduous task lay ahead, with what seemed like a never-ending ocean of boxes and books, and piles of black plastic and labels. With a production line set up and a team of 10 people, the action began. As the day rolled on, dozens more people joined in to carry boxes, wrap books, add labels and hand out copies. Some volunteers worked for several hours.

“People were outraged and wanted to help,” Ruiz says, “Authors, bookworms and publishing-house workers came together to make it work.”

Halfway through the book distribution, the team got word that the authorities were on their way for the second time. A local judge, who in 2009 said homosexuality should be “repressed and treated,” had just backed the mayor’s decision. Eight thousand books remained. Uncertain of the consequences, the protest picked up the pace. “It would have been extremely easy for them to seize them all,” says Ruiz.

They were now running against the clock and tension in the main pavilion was rising. When the last copies finally met their new owners, a thunder of claps erupted from anxious bystanders.

For an hour, threats of another confiscation operation subsided. But city guards were soon discovered perusing the book stands undercover. Confronting the guards, the final wave of protests broke out among the attendees. Coronel Wolney Dias, the head of the operations, later stated no books were seized.

For Ruiz, the protest showed that it’s possible to react to abuses of power. “Censoring books is the worst sign for a society,” Ruiz says, “The imposition of personal beliefs cannot be tolerated.”

YouTuber Felipe Neto has since received several credible death threats and canceled public appearances, pointing to an increased polarization in Brazilian society. But he sees the action as a success in difficult times. “It was an important response to censorship and oppression. We can’t stay silent in the face of what is happening,” he told local a magazine, “It was a way of showing that the people are united and will fight tooth and nail in defense of freedom and love.”