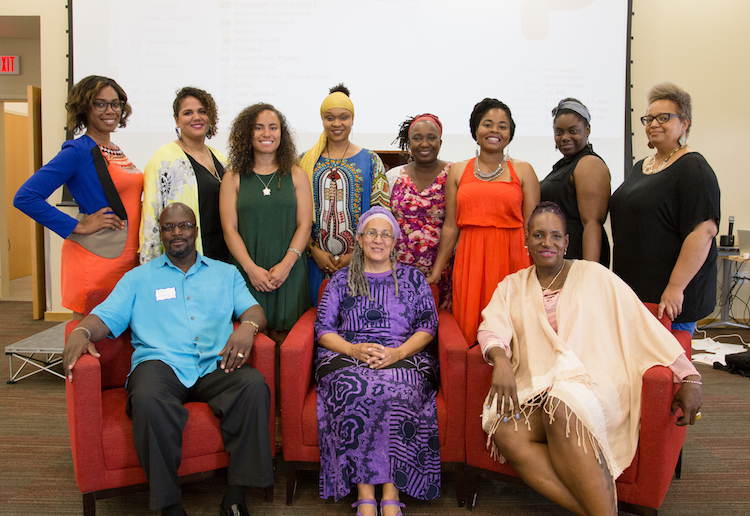 The process of building community wealth is invaluable. While it includes developing a network of locally-owned businesses that can increase economic resilience, it's not just about money. It's also about strengthening local resources that can bolster social networks and give communities the tools they need to thrive.

But the process isn't easy. Across the U.S., big box companies and chain stores have filled up spaces on Main St. that used to house mom and pop shops. Yet when communities can hold on to these family businesses — or develop programs that can help folks start their own — there are long-term economic benefits. Several studies have shown that locally-owned businesses are more likely to invest back into the community.

"Community wealth building is a place-based approach that acknowledges systems and how they have worked to keep wealth out of certain communities," says Danielle Mkali, Nexus Community Partners program officer. "We want to use some of those systems to create wealth and work on more democratic and cooperative ownership models." To learn more about some of the work underway, we spoke with Mkali, who leads Nexus Community Partners' North Star Black Cooperative Fellowship.

Kristine Wong: Why did Nexus Community Partners decide to get involved with building community wealth?

Danielle Mkali: When our current president (Repa Mekha) started in 2008, he did listening sessions with the community. What we learned was that there was a need to do more support for community engagement — not just develop buildings. So in 2011, we started to transition ourselves from a traditional community development organization to one that works to build community wealth. Some things we would typically fund would be things like homeownership and financial literacy education. And we still do some of that, as it takes a diversity of approaches to move the needle. 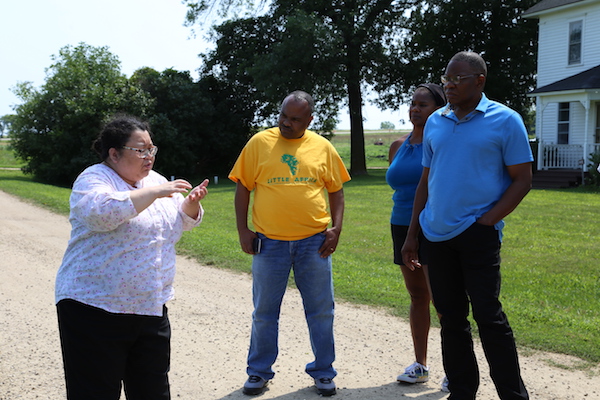 But our new approach is looking at more of the root causes to help people develop create broader types of wealth and ownership. We're an intermediary organization — we raise money from foundations (such as the Phillips Family Foundation, Kellogg Foundation, Kendeda Fund and the Cooperative Development Foundation) and regrant that money to [communities of color]. In many instances, we were the first group to make a grant to groups in certain communities because a lot of times organizations don’t want to work with a group with no budget.

You mentioned that you want to use the systems in place to work on more democratic and cooperative ownership models. Tell me more.

In 2015, we really started looking at how to convert businesses to worker ownership. We partnered with Project Equity in the San Francisco Bay Area to learn more about that work, and brought folks from St. Paul to the Bay Area in 2016 to learn more about different types of community wealth building, such as cooperatives.

I lead the North Star Black Cooperative Fellowship — we just launched it this year. It's a four-month fellowship that looks to support black people who are interested reclaiming the history of cooperative economics in the United States. During the fellowship, we meet to study the national history and local black co-op history in the Twin Cities, and all fellows are expected to develop co-op initiatives for launch. They receive technical assistance for that. Then, as alumni, they can network with others.

There's a need for black people to have the space to develop their own co-op in Minnesota, since there are big disparities. People of color are not doing well here. At the same time, a 2006 study showed that the 30,000 co-ops across the United States collectively generate over $500 billion in revenue. So there’s definitely a case to be made that co-ops can help build community wealth.

The fellowship is a really a sacred space and a healing space to address a lot of the historical trauma that’s taken place around black economic development. One book that really helped us learn the rich and deep practice of black cooperative practice is Dr. Jessica Gordon Nembhard's book "Collective Courage." Some of the most well-known examples of black cooperatives are the Underground Railroad and the Brotherhood of Sleeping Car Porters.

It's also a great space to for people to safely disagree about how to do this work, which is very useful. On the coasts people might disagree more. But in the Midwest, a lot of people think if you disagree you can't work together anymore, so having a space like that will allow us to build trust and work together. We had our first cohort of 10 start in March, and they graduated in July.

What are some of the co-ops that alumni are developing?

One is interested in developing an African publishing company, and a few are interested in investment co-ops (such as purchasing residential or commercial properties collectively). Another one of the fellows is starting a black-led credit union in Minnesota called the Village Trust Financial Co-op.

Four months is not a very long time. Do they get any support from Nexus Community Partners after the fellowship is over?

Nexus is working to develop an alumni fund to support the fellows to take the next steps with their cooperatives — whether it be for funds, for legal support, or co-op business development. We also will share space for networking and for people to come together in creative ways.

You also are working on converting businesses to worker ownership. Can you tell us more about that and how it can build community wealth?

We're partnering with Project Equity on this. Right now we're focusing on converting one to two sole proprietor businesses to worker-owned businesses. This work is being led by my colleague Elena Gaarder. But since we don't want to become a co-op development organization and since there are all sorts of legal requirements to make it happen, we are working more as an intermediary. 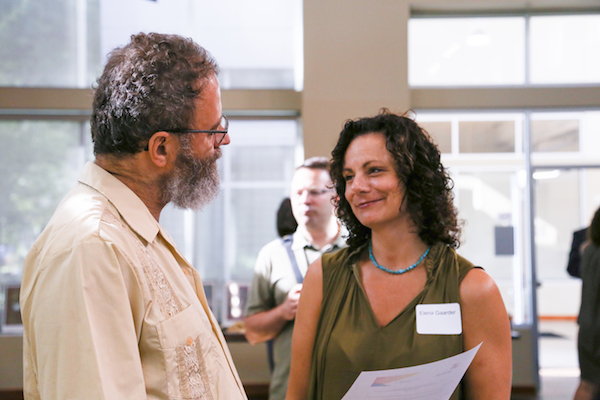 We want both owners and workers to see it as an option that can help preserve the legacy of a business and help build wealth in the worker owners. For example, farmers can convert their farms into businesses owned by their farm workers instead of selling their farms to big companies. These efforts are very timely, because Project Equity points out that 75 percent of small businesses are owned by baby boomers. As they age, they will need to determine what to do with their businesses. That's a big opportunity that we have right there.