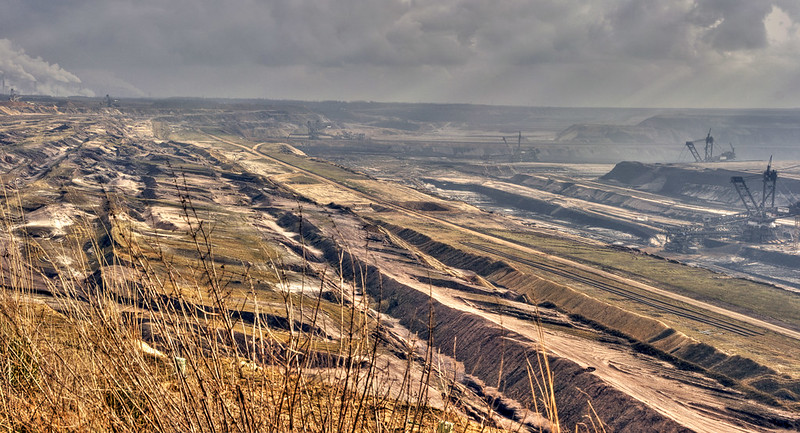 For generations, hundreds of thousands of West Virginia coal miners earned a good living. The money they made supported local economies in towns across Appalachia. And their labor down in deep mines brought light to the rest of the world.

But this prosperity came at a high price. Mountains were blown to pieces, rivers ran orange with mine tailings, and generations of miners suffered from black-lung disease. For over a century, the coal industry dominated the region’s economy and psyche, preventing much else from taking root. Now, it’s crumbling. Three of the four largest coal companies that mine half the coal in the US have gone bankrupt. There’s a gaping hole in parts of Appalachia where an economy used to be.

The transition away from extractive energy, dependent on a few commodities, is not as simple as retraining miners. “You can have training programs until you’re purple, but if you don’t have a place to work, it’s just kind of mean,” said Marilyn Wrenn, the development director at Coalfield Development. “It’s not like you can move out of coal mining and go work for the big data firm that opened up down the street.” Recovery from the legacy of coal’s decline requires a thorough regeneration of local economies from the ground up.

On one abandoned surface mine, a new story has emerged. A tractor dragged a piece of machinery, scraping its way along the scattered remains of a former mountain. A crew member pushed the accelerator, and a stone crusher chewed through the rubble. “It’s eating these rocks and turning it into garden soil—and it’s awesome,” said Eva Jones, who drove the tractor.

The machine was capable of crushing stones up to 16 inches in diameter, and in one day, could make up to three acres of soil. In the new dirt, another crew planted an orchard. It was a mix of blackberries, hazelnuts, lavender, and pawpaws. Sustainably managed chickens, hogs, goats, and honeybees grazed and pollinated the half-farm, half-forest. Over time, these practices will capture carbon in the soil and generate income for the local West Virginians who farm the former minelands.

“Whether you think coal is a good thing or a bad thing, it’s not wise to have all your eggs in one basket” – Brandon Dennison

These efforts were the work of two enterprises founded by nonprofit Coalfield Development—an organization that seeks to restore economic diversity in a region long beholden to the wealth of just one commodity. “Whether you think coal is a good thing or a bad thing, it’s not wise to have all your eggs in one basket,” said Coalfield’s founder, Brandon Dennison.

Before starting Coalfield, he used to lead service trips to repair dilapidated houses in his home state of West Virginia. He remembered the day that changed his perspective. During one project, two shirtless men approached him with tool belts slung over their shoulders. They asked for paid construction work. Brandon had to tell them there were no jobs. “They were really motivated, they wanted to learn, and they wanted to work … but because of where they lived, they didn’t have an opportunity to apply that gumption.”

Brandon became inspired to create Coalfield Development to provide that opportunity. He started with a construction company. They rehabilitated rundown buildings into affordable housing and new businesses—this time hiring people who needed jobs. From there, Coalfield grew into separate social enterprises that include land reclamation, construction, organic farming, woodworking, tourism, and solar installation.

These diverse businesses collaborate as a team in their mission to regenerate the economy from every angle. Reclaim Appalachia terraformed an old surface mine to get it ready for Refresh Appalachia to grow food. Meanwhile, Reclaiming Appalachia collected stones and wood from the site, which Revitalize Appalachia reused in the construction of new housing on the former mineland. Rediscover Appalachia crafted furniture from reclaimed wood to furnish the new homes, while Rewire Appalachia installed solar panels on the roof.

Coalfield Development uses a non-profit model because the area lacks the basic infrastructure needed for the private sector to create jobs. Part of their funding comes from public grants from the state of West Virginia and private contributions. The other part comes from the revenue generated by their businesses. As Marilyn said, “We’re making revenue that we’re reinvesting back into the economic infrastructure that under normal circumstances would have existed if one extractive industry hadn’t put its giant foot on top of everything.”

As Coalfield kickstarts the infrastructure for a new economy, they seek to revitalize the people building it. Of the more than 50 crew members across their enterprises, all follow a weekly schedule, known as the 33-6-3 model. It’s 33 hours of paid work, six hours of tuition-free college classes, and three hours of personal development and counseling. As crew members build skills through their jobs, they work toward a two year associate’s degree at a local community college or technical school. They also get access to much needed services, like zero-interest loans deducted from their paychecks. “If something happens and medications go up one month and they have to choose between having medications or having electricity, we can help,” said Marilyn.

The true wealth of Appalachia isn’t underground, but within its people. Coalfield elevates the Appalachian values of “gumption, grit, and grace.” They’re the same qualities that allowed people to make a living in the mountains for generations. “This is us. We’re figuring it out. It’s not a solution that’s been thrust upon us. We’re making it work and we’re making it in a way that fits within our communities and culture.”