How Fruit Trees Are Growing Communities - Shareable
Skip to content 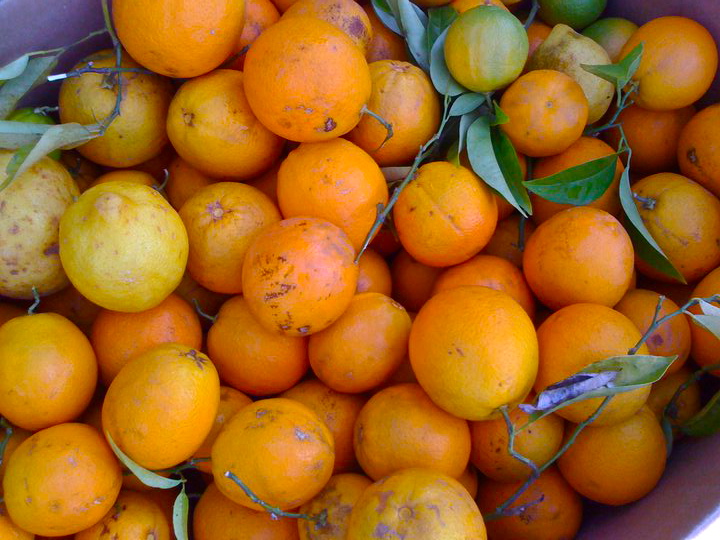 A global grass roots movement has identified a very effective ingredient for building community: Fruit. Even while the price tag on organic fruit causes many to go without, it's much more abundant than we may think.

Fruit falls to the ground uneaten, all over the world. In the same backyards and orchards we pass everyday on our way to the grocery store or farmers market. Sure, a bit of fallen fruit is good—for the soil, for the animals and bugs, for the perpetuation of more fruit trees. But as summer turns to fall, it's often more than just a 'bit' of fallen fruit. Next time you walk through your neighborhood, take note of abundant fruit trees, and the ground under them. See it?

The organization Oakland Trees, provides an online map of 40,000 fruit trees on public property within the California city, which you can filter by season. And Fallen Fruit, an organization that uses fruit as the common denominator that changes the way you see the world, generates maps of fruit in public spaces all over the world.

So what do the untapped fruit trees of the world have to do with community? Everything. 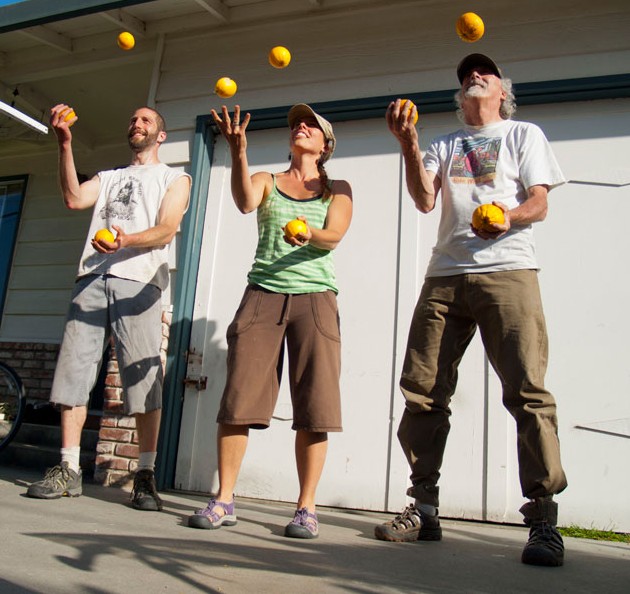 Over the past few years, "Fruit Tree Projects" have been popping up all over the world, from Vancouver and Portland, to New Orleans, to Fiji and Australia and beyond. They start small, with just one or two proactive individuals who are pained by the sight of perfectly good fruit in the late stages of decomposition.

Some Fruit Tree Projects redistribute their fruit harvests to undernourished communities, while others gobble them up themselves, and many celebrate the harvest by geting together and processing large quantities of fruit into any number of delicacies.

Even with the variations in types of Fruit Projects out there, one basic truth remains the same: the only thing standing between a hungry belly and the world’s excess fruit supply is a knock on a neighbor’s door.

For Steve Schnaar, (whose childhood memories include picking apples with his family), knocking on doors to inquire about overladen fruit trees was a "hobby" of his that soon blossomed into the Santa Cruz Fruit Tree Project, now in its third year in Santa Cruz, California.

“I have a long history of knocking on peoples’ doors and saying ‘it looks like you have more apples than you can handle, or cherries,’ or whatever it may be, and it’s usually true—most people with a big tree aren’t using it all, or are happy to share,” says Schnaar.

“Sure, a lot of people are intimidated to knock on strangers' doors… but.. I don’t have that problem. People can say no if they want to say no.”

The success rate is surprisingly high, especially because most people—especially if they live alone—can't eat all of the fruit produced by a single tree, and Schnaar estimates about nine out of ten people say yes to sharing their excess.

Do It Yourself fruit processing is at the heart of The Santa Cruz Fruit Tree Project, and the community that's been growing out of it. Most harvests are followed by a gathering that teaches how to preserve the fruit they harvest—from drying persimmons using the traditional Japanese method Hoshigaki, to fermenting the fruit into wine with local DIY wine makers. They've also hosted apple cider pressing parties (with a bike-powered press, of course), made vinegar and countless preserves, from marmelades to chutnies. And when there's still too much fruit to go around, or the fruit is a little bit too "mushy" to give away, the chef of local restaurant India Joze often finds a culinary use for it.

The post-harvest events bring together growers, community members, and local food experts, and they're a birthplace for lasting relationships and useful skills promoting a sustainable culture.

Schnaar's project would have fizzled out had it not been for his devotion to it, and the whole-hearted embrace it has recieved from the community. Most of the fruit 'hosts' have welcomed him and his fruit harvesters back each year, and the word is spreading. Harvests that used to see only a handful of people are now numbering dozens to even 40 or 50 people. 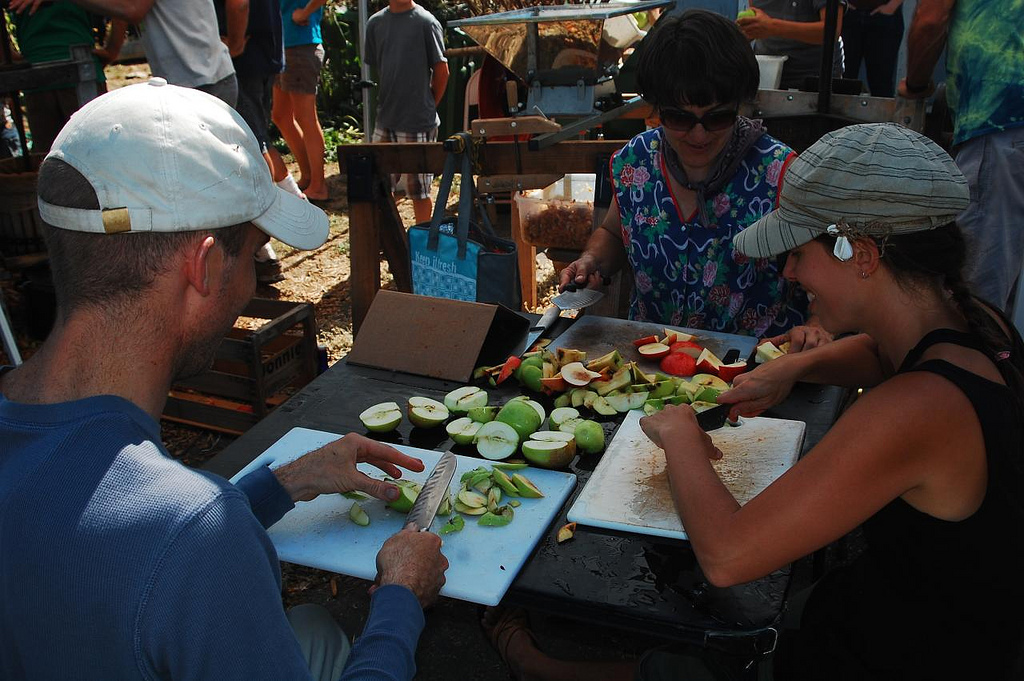 How to Start a Fruit Tree Project in Your Community:

When I met up with Schnaar, his speech quickened as soon as he started talking about the various harvests and workshops that have taken place over the past three years. The lean, bike-riding 35-year-old is passionate about fruit, and he's one of the few residents who can rattle off all of the types of fruit trees growing around town, and when they are at their prime for harvesting. He's got some clever urban agricultural ideas for the future of the project, including starting to plant and maintain trees on host properties, and helping to support the start of a "Food Forest" in Santa Cruz, and he's a great source for anyone looking to start a fruit project in their own town.

An Interview with Steve Schnaar, founder of the Santa Cruz Fruit Tree Project:

What's your number one advice for anyone looking to start a Fruit Tree Project?

I didn’t have any funding, and I didn’t really set out to make a big organization right away, but I had always thought there should be something like that here, and at some point I just started doing it, and I’d try to get people together by putting fliers out, including at the Free Skool.

For the first few years I was holding it all together, doing the lions share of the work and coordinating other peoples help.  It was a lot of time for me, and again, there was no money involved, but I got paid in fruit, I guess.

When you see a fruit tree overladen with fruit, how do you handle that potentially-awkard knock?

I tend to focus on the fact that I'm not asking for a hand out… We’re just looking for stuff that other people dont want. And it’s actually a help to them a lot of times, since many fruits will fall and make a mess on the ground and attract animals and stuff, so when we come to harvest we actually clean up a bit.

Have you ever knocked on a door where the resident didn’t know they had fruit growing in their backyard?

One group of college students, yes, they had a bunch of old avocado trees, which are much harder to get people to part with, because, unlike apples and plums and pears, avocados will stay on the tree indefinitely, for many months, sometimes a year. But yeah, the woman I spoke to insisted that she did not have an avocado tree.

(So, Schnaar politely showed the pleasantly surprised students they had several avocado trees. He provided the ladder, which they didn’t have, and helped them harvest.)

What’s the most overlooked type of fruit (in Santa Cruz, California)? 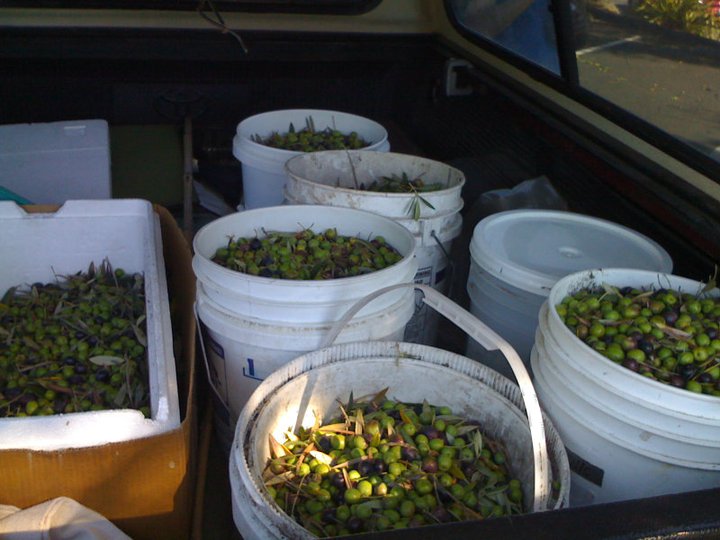 People are really intimidated by olives. I find that most things always turn out easier than they seem. Vinegar for instance, is the easiest thing ever. You put fruit juice aside and it turns itself into vinegar, and you don’t have to do anything. Sauerkraut is almost just as easy as that.

Curing olives though, even people I know that work on farms, for years, I’d ask people and they’d say ‘oh no, it’s a lot of trouble.’ But its really not hard.

So what the heck do you do with Olives?

There are various methods, but basically you put them in a bucket with fresh water, and change the water every day. It’s five minutes everyday for a couple weeks, and you change the water until it doesn’t taste as bitter. When it starts to taste almost edible then you put it in salt water and put it aside and it ferments a litte bit.

It literally takes like a single digit number of hours for gallons full of olives. Thats one that people rarely use at all, olives. They are smaller here (in Santa Cruz) because we’re not the perfect climate, but they taste good. In fact, I think that some of the olives we made taste better than any ones I’ve ever had.

So, aside from raking up any rotten fruit under trees, and leaving the area nicer than it was when you found it, do you do anything else for the fruit tree owners?

Whenever we have events we take some jam or dried fruit and different things like that as a little gift to hosts. In the beginning, we would make something out of the same fruit we picked on the owners' property, but we found it's just nice to have something when we show up. 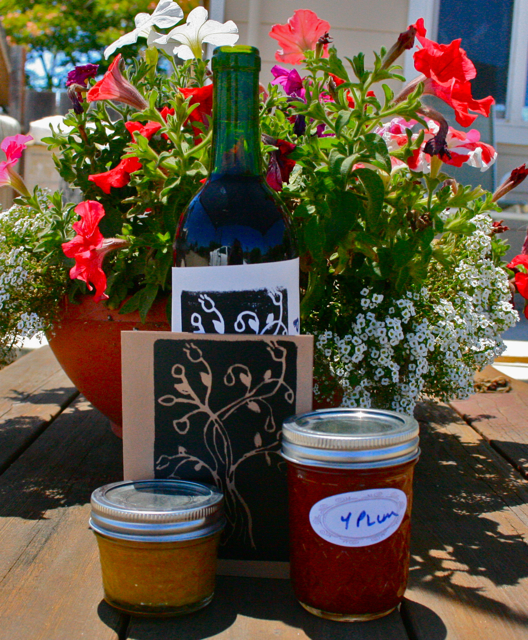 My first experience harvesting fruit with strangers happened at City Limits Ranch, an orchard-turned-horse ranch outside Watsonville, California. Had I died and gone to heaven? Not only did I get to explore a beautiful private horse ranch, but I also got to take this fruit home with me?

Dozens of plum trees dotted the beautiful, dusty hillside of the property, brimming with luscious Santa Rosa plums—purple on the outside, with tart skin and vibrant red flesh, sweeter and juicier than any plum I've bought from a grocery store.

Or maybe there's just something about picking your own fruit that makes it taste sweeter. Around two dozen community members came out to climb ladders high up into the plum canopies, while others stood on the ground, reaching for the ripe plums with the long handled 'fruit pickers' provided by the property owner. 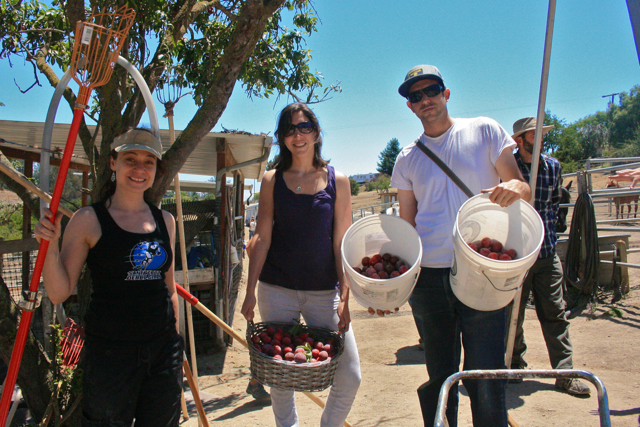 "Fruit lovers, economically, they probably wouldn't be able to pay for this much organic fruit at a farmers market. " said longtime SCFTP volunteer, Samantha Olden. She stands over two huge bins brimming with the morning's bounty. "The more we can grow our own produce, the less we depend on Monsanto," she added.

"And for the community, people are meeting other people that they've never met before, and going home to make jam together later."

The small children and sweet people I met only reinforced the sensation that it was a morning well-spent.

And while I wasn't able to attend the plum wine-making get together that was taking form a few days later, I did go home and make my first-ever plum tarte (with lemon zest and rosemary) and gorged on organic plums for several days.