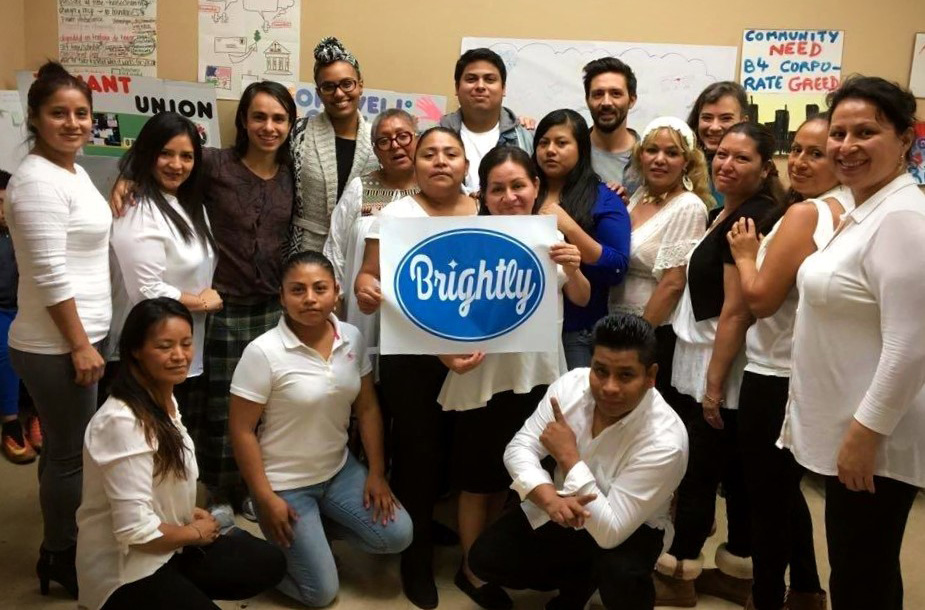 The United States currently has an infinitesimally small sector of worker-owned cooperative businesses, accounting for only 6,800 workers out of a labor force of over 160 million. Although US data on worker-owned co-ops is scarce, evidence from other countries indicates that worker-owned co-ops are more resilient than other businesses and lead to far smaller wage disparities in the same organization. Recently, an organization in New York, working with domestic workers who face poor working conditions, unpredictable schedules and low wages pioneered a licensing model for cooperatives that could rapidly multiply the number of new worker-owned co-ops in the country.

In partnership with two existing cleaning co-ops in Brooklyn and Staten Island, this model was introduced by the Center for Family Life (CFL), a Brooklyn-based social services organization. CFL has been in operation since 1978 and has functioned as an incubator for worker-owned businesses. Recently, by tweaking the franchising model by removing barriers to entry and providing a new legal framework, CFL created a model that better suited worker-owned cooperatives. On June 27, these businesses were re-launched as the first co-ops in the Brightly franchise.

Franchising allows a corporation or nonprofit to license its proprietary knowledge, processes and branding. It can then permit the usage of this intellectual property under any terms it sets to those who want to start a business under the same brand. Franchising is used by large for-profit corporations, including those known for paying their CEOs over 1,000 times as much as their average workers, which include McDonald’s and Yum! Brands, which owns KFC, Taco Bell and Pizza Hut.

However, CFL is flipping the script on the typical story of franchising by using this same licensing structure to empower workers through leadership and development opportunities, improved working conditions, higher wages and fewer barriers to starting co-ops.

Franchising is useful because it allows new worker-owned co-ops to use existing branding and shared back-office support to significantly reduce startup costs while rapidly finding customers through brand recognition. Yet unlike other franchises, workers will handle all governance and decision-making of their co-op under the Brightly brand.

The idea came from an English as a second language program at Sunset Park, New York City, in 2006. Many of the women in the program expressed a need for better-paying jobs with better working conditions. CFL staff evaluated their skills and conducted industry and market studies. They realized to increase wages and improve working conditions, they had to make it easier for workers to make decisions and collectively own their own companies.

“Initially the question really was ‘how do we really create a network of cleaning co-ops to support each other, to learn from each other and together build something bigger out of each individual co-op?, explained Phyllis Robinson­, Coopportunity Coordinator at CFL. “It wasn’t that we set out to do a franchise… we set out with the vision and what we learned was… that what we were trying to do was considered a franchise.”

Yet like many things, the key to creating a successful legal framework — the first of its kind — took significant time and energy.  CFL needed to translate a 200-page legal document into Spanish outlining the terms of the franchise, discuss the document with the domestic workers themselves, and tweak it best fit the needs of those who would be running the co-ops.

The organization worked with lawyers for years to get the licensing structure approved by the authorities. “We’ve been told it’s the first worker-cooperative franchise,” said Robinson. “It’s the first franchise with a nonprofit mission for domestic workers.”

Technically, the Brightly franchise is legally held by a nonprofit governed by a board of directors. This volunteer board makes decisions about the long-term goals of Brightly as a brand and includes some Brightly worker-owners. In addition, there is a separate industry committee made up of the individual Brightly co-ops who can recommend changes to the board.

In theory, this model can be applied to a wide range of industries, allowing the rapid formation of co-ops across sectors. CFL initially wanted to launch a franchise for existing nanny cooperatives in New York as well but decided to focus on domestic worker cooperatives first. “We’re starting with the cleaning co-ops and then it could be that nanny co-ops would be next. There’s no reason that it’s limited,” said Robinson. “We thought domestic workers just because it’s one of the most exploited industries in the country.”

A third co-op is starting in East Harlem in September and a fourth is being developed in Washington Heights in Manhattan. “We’re hoping, by the end of next year, to be starting one outside of New York,” said Robinson.

CFL also plans to expand the co-op franchising model to other industries. They have also recently launched a set of co-op startup guides.