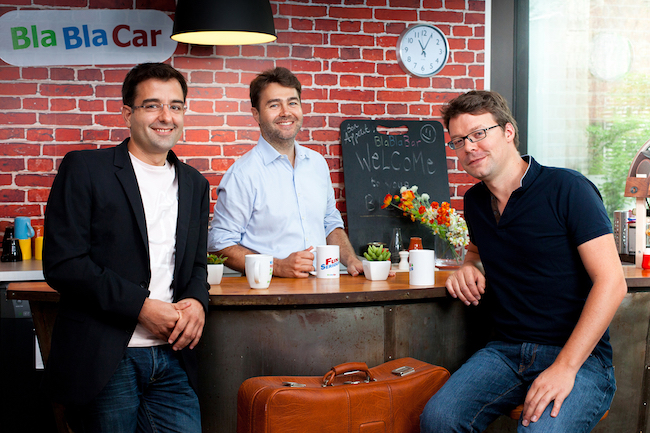 It started as a simple idea: Entrepreneur Frédéric Mazzella was trying to visit his parents home in the French countryside in 2003, but he was unable to buy a plane or train ticket. He decided to drive there instead with his sister, and noticed en route that most people were driving alone. Could there be a way to connect all those empty seats with people like himself, who needed a ride?

Three years later, Mazzella founded BlaBlaCar, a platform that aims to do just that, along with Nicolas Brusson and Francis Nappez. The platform is now revolutionizing transportation. BlaBlaCar connects those driving between cities with passengers headed in the same direction. They share costs and spend time together. Since it was founded in 2006 in France, BlaBlaCar has expanded to 22 countries across Europe, Asia, and Latin America. The platform has more than 40 million users. In the last quarter of 2016 alone, the company estimates that it had 12 million travelers using the platform, to travel an average of 300 kilometers.

There are regular departures points all over Europe, all powered by a peer-to-peer network with a payment system that's meant to reimburse costs, not create profit. The company encourages people to connect to drive to music festivals, football games, and other events. In addition to the environmental benefits of having fewer cars on the roads, BlaBlaCar’s model allows people to foster connections. 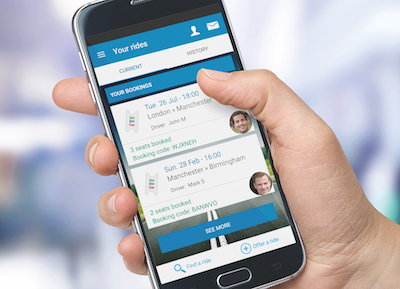 "I love the feeling of a unique community that's created every time I share a journey. For those two to three hours I get to participate in a conversation and learn things from others I would never have known otherwise and they have said the same to me as well," BlaBlaCar user Kevin, told the company. BlaBlaCar is — without question — one of the most successful sharing economy platforms in the world. Here’s how Mazzella and his cofounders created it.

The problem that Mazzella noticed back in 2003 was real. According to BlaBlaCar, the average long distance car trip in Europe has only 1.7 people per vehicle. That rate is even lower in cities. That has clear negative impacts for the environment too, because cars are a major source of greenhouse gas emissions.

"We enable private individuals to share gas and toll expenses, and allow passengers to have access to affordable transportation," Diane Prebay, the global public relations coordinator of BlaBlaCar, says. "What we're doing is not an on-demand service, it's about cost splitting."

In fact, that is one of the keys to success. BlaBlaCar drivers cannot make a profit from using the site — the limit they can charge each passenger is capped at about six cents per kilometer. BlaBlaCar only allows them to make enough to cover a portion of gas and tolls costs. These prices don't change due to demand, unlike most train, bus, or plane fares, meaning that regardless of whether someone books a ride well in advance or the day before, the rate they pay is the same.

Passengers book and pay for rides either through the website or the mobile app. BlaBlaCar takes a 15 percent cut of the fare to cover its cost. Passenger(s) then meet the driver at a predetermined time and place, and get a ride to their destination. Drivers are paid once there's confirmation that passengers have arrived at the destination. Both parties have the option to rate each other.

This system has evolved over the years — BlaBlaCar tested six different revenue models before deciding on the 15 percent cut of passengers fares, which it found has benefits beyond providing a sustainable source of income. "Passengers who pay in advance actually show up," Prebay says. "Before they were booking online [and paying cash], we had a lot of last minute cancellations."

The first major challenge BlaBlaCar encountered was reaching critical mass. Until there were enough drivers and passengers on the platform, it was of little use to either group. It's a common problem facing many platforms — growing and keeping users on board until the product becomes viable.

"We had to create the marketplace, and create the liquidity to make the supply of drivers and demand from passengers match," Prebay says. That involves a lot of education — explaining the concept of carpooling and how trust and safety are built into BlaBlaCar. And this process must be repeated in each new market, where there might be varying levels of comfort and experience with the concept of carpooling. "When we are launching in a country, we have to create a usage that doesn't exist yet — [sometimes] there isn't even a word for carpooling," Prebay says. "There's a great deal of education to do around carpooling."

Sometimes outside factors can help. In France, BlaBlaCar received ample media attention — and growth in membership — when a strike shut down the national train system, forcing travelers to look for alternate ways to get around. Many of the users who tried BlaBlaCar then liked it so much, they kept using it, building a sustainable membership base for the platform.

Prebay attributes a significant portion of BlaBlaCar's success to its staff, and the freedom they have to innovate and work on challenges in their respective countries. They also encourage staff to use the service as often as possible when they travel, to interact with other drivers and passengers, and see the service from  members’ point of view. "We are all carpoolers… we are using the service," said Prebay. "You need to create a product that you would be using yourself."

BlaBlaCar is not a small platform anymore. Today, it has over 500 employees based in countries around the world, and has raised over $200 million USD in funding. Despite this success, there is a lot of room to grow. Cars are still the dominant means of transport in much of the world, and empty seats are still — as anyone stuck in rush-hour traffic will agree — the norm.

"The potential ahead of us is massive, because there are cars and smartphones everywhere," Prebay says. "We want to keep on growing, and to enable people to carpool massively, between 10 kilometers up to a 1,000 kilometers."

To achieve this goal, BlaBlaCar must do more than just bring its service to more countries.  The company is looking at other ways it can bring its model and services to more people. For example, finding innovative ways to connect drivers and  passengers. Last May,  BlaBlaCar launched a commuter carpooling service called BlaBlaLines in France, because there are even more open seats when people commute within cities than they travel from one city to another.

"We're just scratching the surface of what we can do," Prebay says. "We can and should make better usage of assets such as cars." With a growing member base, a sustainable revenue model, and more interest from investors, BlaBlaCar's future looks bright. It is fitting for a platform that was one of the pioneers of the sharing economy. By sticking to its sharing ethos and focusing on creating genuine value for its members, BlaBlaCar hopes it can continue its remarkable growth and change transportation for the better.

This piece was originally published in "The Sharing World" by the Sharing Economy Association of Japan. All photos courtesy of BlaBlaCar