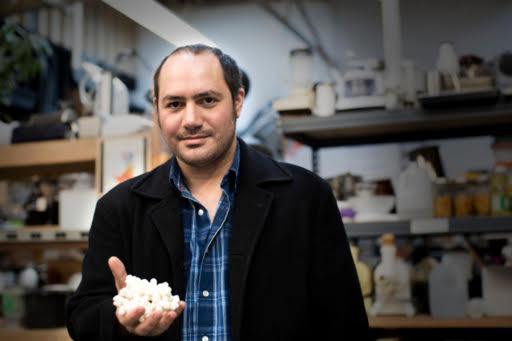 According to the World Health Organization, more than 420 million people around the world — including over 29 million Americans — have diabetes. People with diabetes are unable to naturally produce sufficient insulin, a hormone that regulates blood sugar in the body. Over 90 years ago, Canadian scientists discovered a way to extract the hormone from pigs and cattle and purify it for human use. Then, in the 1970s, scientists used a new "recombitant DNA rechnology" using human genes and bacteria to make insulin.

Problem solved, right? Wrong, say increasing number of doctors in the U.S. Insulin is one of fewer and fewer drugs for which no generic version is available. According to an NPR report from 2015, as these more expensive, new drugs became available, the older ones left the market. The bill for uninsured patients can be several hundred dollars per month — as a result, one Baltimore doctor told NPR that some of his patients had stopped taking the drug altogether, putting their health at risk.

Anthony DiFranco and his team at Oakland's Counter Culture Labs are hoping to change that. DiFranco is a medical researcher, self-described bio-hacker, and cofounder of the Open Insulin Project. He has Type 1 diabetes himself. DiFranco and his team are working on a protocol to extract insulin from genetically engineered yeast cells and produce a generic drug at a cost of around $10 for a month's supply. He says users could even eventually produce the drug in their homes. The project has created a definite buzz, raising nearly $17,000 in a crowdfunding campaign on the science-oriented crowdfunding platform Experiment.

Shareable caught up with DiFranco to learn more about the Open Insulin Project and the team's mission to make diabetes management affordable.

Ruby Irene Pratka: How long have you been involved with the biohacking movement?

Anthony Di Franco: I got involved first in about 2011, with the founding of Counter Culture Labs. A year before that, I had worked on the founding of our sister hacker space, which deals with computer technology, and I wanted to explore ideas related to diabetes. A friend of mine had been doing research on the security of insulin pumps, and I originally wanted to [build] a DIY secure pump, but then people started thinking about founding a biohacking space, and I started rethinking my original idea.

At the time, I had already had diabetes for five years. I had seen that progress was essentially non-existent — now it's been 12 years and that hasn't really changed. One major vendor did release a more secure [insulin] pump, but that was because hackers had pulled ahead and were putting pressure on them. If you want anything done you have to do it yourself. While I was looking into that, I saw a blog post on do-it-yourself thyroid hormones and met with a researcher who was able to get me up to speed on the chemical aspects of making [hormones] manually and potentially automating the process further down the road. We had a successful crowdfunding campaign and started actual lab work in January 2016.

Considering that close to 30 million people in the US alone live with this disease, you would think someone would have tried this before now. Why haven’t they?

I can only speculate on the reason, but it's undoubtedly a lot of work. Many people seem to be afraid of having to deal with regulatory requirements that cost big companies millions. Insulin is one of the last holdouts where there is no generic version of the drug after more than 90 years. There are low-cost producers in other countries, but Western producers are very good at holding onto the [domestic] market. In some cases, drug companies have paid generic manufacturers not to produce drugs. The big producers are determined to keep their oligopoly.

Chemically, what is insulin? What are you building in the lab?

It's a very small protein. In the lab, you need to introduce a gene into some organism so it creates the protein, and then find some way to extract it. We started with a protocol to make it in E. coli bacteria, but bacteria lack the sophistication to modify or secrete proteins, so the protein we extract is proinsulin, which still needs to be modified into the active form in the lab. We were looking at just making the proinsulin and making small changes to it that would allow us to complete the other steps in vitro… Now that we have some people on board with expertise in yeast engineering, we're thinking about moving [the production] to yeast. With yeast cells, you can engineer them to secrete insulin, instead of having to extract proinsulin from dead cell debris [as with the bacteria cells]. Then you can purify [the insulin] from yeast, which is a relatively simple task. That's what we’re focusing on. We're still just making proinsulin as a first step and working on engineering the yeast to do everything for us. Our final product will be a strain of yeast cells that secretes insulin. Once we succeed, we will share what we come up with and build something that works for the long term.

Why is it so expensive?

Markets are the main reason. It's not that expensive to produce. For me, a month's supply would cost about $10 to produce, but I’m paying about $1,000 before insurance and still $75 after insurance. If people were paying $15 for a drug that cost $10 to produce, that would still be a very healthy profit margin.

Tell us a bit about the work that has gone into this.

Most of it was just persistence. Some weeks there was very little to do in the lab and some weeks there was much more. Right now the yeast experts are the ones that are always in the lab, and I'm doing the organizing. It has been a lot of work, and we have had quite a few people coming and going, but it's important enough to enough people that we always have enough people to keep moving it forward. A lot of our volunteers have just finished school and have the perfect science background, and they see it as doing something cool for a good cause.

What remains to be done to get the yeast-produced insulin into circulation?

We need to compete the yeast engineering, figure out a technique for purifying it and then look at the next step — how to set up a low-cost manufacturing operation and get over all the regulatory hurdles. That would require more money and more organizational sophistication than we have now, but hopefully by then our case will speak for itself and we will be able to prove we have the technology and it is usable. It will not be a for-profit undertaking.

How do you plan to test this?

First we'll have to verify that we have created insulin, then we'll use standard techniques to purify it. From a regulatory point of view, if you're making an existing drug, you just have to demonstrate that you made the right drug, you don't have to demonstrate its efficacy all over again. We would just have to show that we made the right [chemical] sequence. We may have to do a receptor-binding study but we're not going to worry about that right now — we will just focus on making a form of insulin that has been in common use.

A lot of the media coverage of your efforts has referred to "home-brewed insulin"— is that accurate? Are people going to be able to cook this up in their homes?

I don't know if it will be economical to produce it in your home, but it's not out of the question. At some point, someone will develop a protein-purifying machine which can be distributed to pharmacists or taken out into the developing world. The technology exists but the engineering work still has to be done.

What is your timeline? When do you hope to be able to distribute generic insulin?

Three or four years from now is a realistic timeline, but I hope we can do it a year or two sooner. I’m hoping we'll have the yeast strain that does all the work soon, and then we'll raise money to actually produce the product.

How do you react to the wave of support that you've gotten via the crowdfunding initiative?

It has been really encouraging. Although some people have dismissed the whole thing as impractical, a lot of other people have seen the value in it.

What motivates you about this experience?

It has confirmed what I know as a person with diabetes. The establishment views and treats diabetes and diabetes patients as a means of making money, and not as a group of people who need to be cured of an ailment. People are desperate for something they can afford. A significant number of the people who supported us have been people with diabetes who couldn't afford their own insulin. They gave us 25 bucks to see if we could come up an alternative to these oligopolies. You realize how many people are desperate even in the Western world. By making the market competitive for insulin and eliminating these absurd profit margins, we want to contribute to the realignment of incentives in health care. We're watching people slowly degenerate due to this condition [and] I'm skeptical about whether the economic landscape incentivizes a cure in the short term. If projects like ours give people access to drugs, in the long term they collapse the market and [incentivize] getting a cure out there.