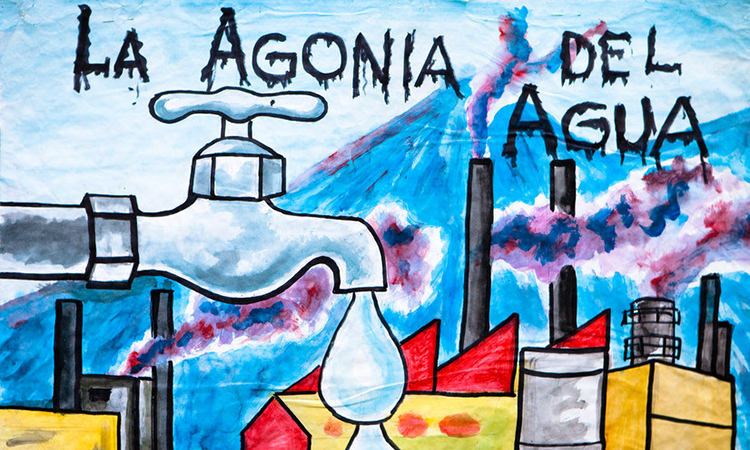 In Cochabamba, Bolivia, the lack of water has caused conflicts for decades. In 1999, Cochabamba's public water supplier, SEMAPA, was leased to the international consortium Aguas del Tunari. The major shareholder of the consortium was the multinational company Bechtel. In the course of the privatization procedures, independent water and irrigation systems and autonomous water services were threatened with expropriation. Water prices rose steeply as a result. In response, several civil society groups formed the "Coordinadora de Defensa del Agua y de la Vida" (Coalition for the Defense of Water and Life). Protests against these policies were fierce, lasted several months, and raised the issue to national and international levels.

Eventually, Aguas del Tunari was expelled. Control of SEMAPA was transferred to representatives from the municipality, the trade union, and the Coordinadora (though these arrangements have subsequently changed). The statutes of the hybrid company were rewritten in a challenging participatory process, but SEMAPA is still known for its lack of efficiency and transparency. Moverover, the state is currently trying to extend its sphere of control into the water sector. However, the so-called Cochabamba Water War contributed to major changes in Bolivia's water sector, the respective laws, the establishment of a national Ministry of the Environment and Water, and of the country as a whole.

Sustainability and public participation are declared to be the responsibility of the state as well as universal access to water. To which extent these intentions will actually be reflected in reality remains to be seen, however. The responsibilities coming with this basic-rights approach demand action by the state and challenge community management at the same time.

Johannes Euler is an economist researching the potentials of commoning for dealing with water conflicts more constructively. He is currently working on his PhD at the Institute for Advanced Study

Johannes Euler is an economist researching the potentials of commoning for dealing with water conflicts more constructively. He is currently working on his PhD at the Institute for Advanced Study in the Humanities in Essen. Johannes mainly writes about commons, for example on the conceptualization of commoning, but also about degrowth, pluralism in economics and social-ecological transformations. He is active in several commons associations like a housing project and the Commons-Institut in Germany.

Some of his previous work includes:

Euler, J. (2018a). Conceptualizing the Commons: Moving Beyond the Goods-based Definition by Introducing the Social Practices of Commoning as Vital Determinant.Ecological Economics, 143C, 10–16.

Euler, J. (2018b). The Commons: A Social Form that Allows for Degrowth and Sustainability. Capitalism Nature Socialism, 1–18.