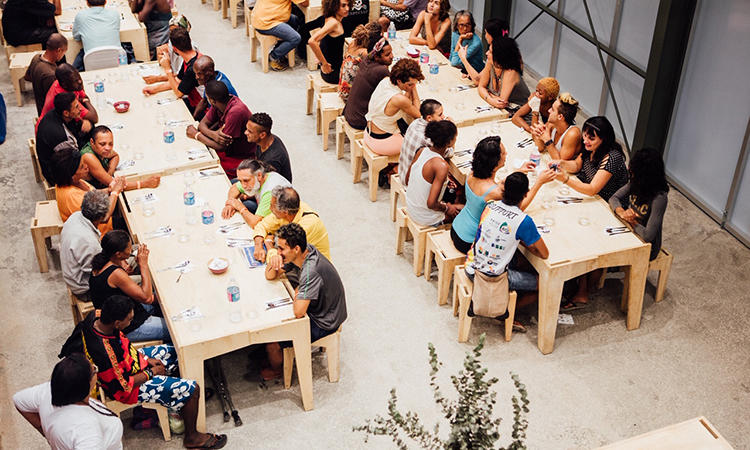 Imagine you’re homeless. Imagine you live in one of the biggest and busiest cities in the world: Rio de Janeiro, Brazil, where inequality levels are extreme and where the Olympic Games are about to take place. You’ve seen new buildings rising, stadiums being totally remodelled, people and media from all over the world passing through to experience one of the most popular events in the world. And there you are, feeling invisible, hungry, left behind.

Imagine that a friend tells you there’s a fancy new restaurant in town. At first, you might not care, since there’s a pretty slim chance of you eating out at any kind of restaurant. Now imagine your friend telling you that at this gourmet dining hall, with high-end lighting design, furniture, and art installations, homeless patrons are not just welcomed, but fed for free.

That’s the story at Refettorio Gastromotiva — a tale that could be replicated in the coming months at 11 new “social gastronomy hubs” being created this year by one of the founders. 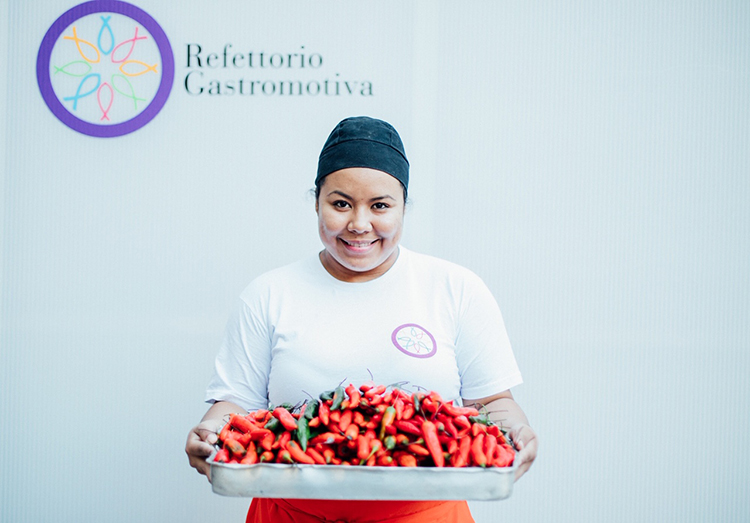 The refettorio, which means dining hall in Italian and equates to the Latin word for recuperate and restore, began as a collaboration between renowned Italian chef Massimo Bottura (founder of Food for Soul), Brazilian chef and social entrepreneur David Hertz, and journalist Ale Forbes. Launched just before the Olympic Games in 2016, the restaurant was built around the idea of taking leftover food from the Olympic village, where 18,000 athletes, coaches and officials were being fed, and converting what would have been food waste into gourmet meals for the poor.

“This is about social inclusion, teaching people about food waste and giving hope to people who have lost all hope,” Bottura told the New York Times when the restaurant was launched.

The refettorio — a project of Gastromotiva, a non-profit Hertz founded in 2006 to promote the “slow food” movement and train disadvantaged men and women to work in kitchens around the country — was born as a practical way to address larger global issues of both hunger and food waste. Data from the United Nations’ Food and Agriculture Organization shows that one in every 10 people on the planet is chronically undernourished, even as a third of the food produced for human consumption each year is lost or wasted.

Now Hertz is working to build on the restaurant’s success to support a global movement called “social gastronomy.”

“Food has this unique power to connect us all, and the table is that magic field where we can look to each other, eye level, no matter our backgrounds, and allow the magic of dialogue to happen,” said Mariana Vilhena, Gastromotiva’s communication and marketing director. “Social gastronomy is all about this.” 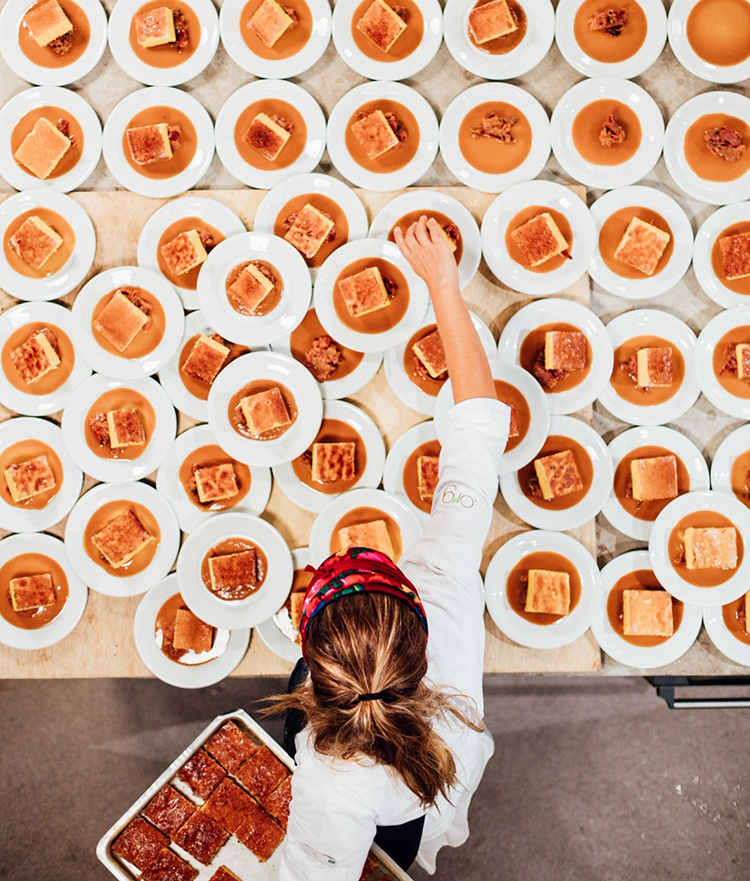 The 11 hubs Hertz announced in January at the World Economic Forum will stretch from Phnom Penh, Cambodia to Zurich, Switzerland to Minneapolis, Minnesota. They will be created through a partnership between Gastromotiva and Cargill established in 2018. Led by a social entrepreneur, each hub will work to develop local programs and projects to help carry out the organization’s mission. That may include restaurants like the one founded during the Rio Olympics, or it may not.

Even though most Olympians headed back to their home countries three years ago, Refettorio Gastromotiva is still going strong. It serves more than 100 free meals every day for vulnerable populations. Lunches are available for the general public under the “pay for lunch, leave dinner paid” concept.

The food used for the meals, which otherwise would be wasted, is donated by partner organizations. A team of professional chefs and a number of trainees prepare the gourmet meals. The project directly works with people in socially vulnerable situations, including those in the “favelas,” or slums, of Rio de Janeiro, as well as people who are experiencing homelessness.

Once the cooking and training has been completed, the meals are served by a team of volunteers, who in some cases report that the night was “unlike anything I’ve ever experienced” or that “we came away transformed.” The restaurant can only use 10 to 15 volunteers per night, but the hunger for the kind of connection it provides is much larger: Would-be volunteers must put their names on a waiting list that stretches to 20 days.

Learn more about Reffetorio Gastromotiva, and the social gastronomy movement.