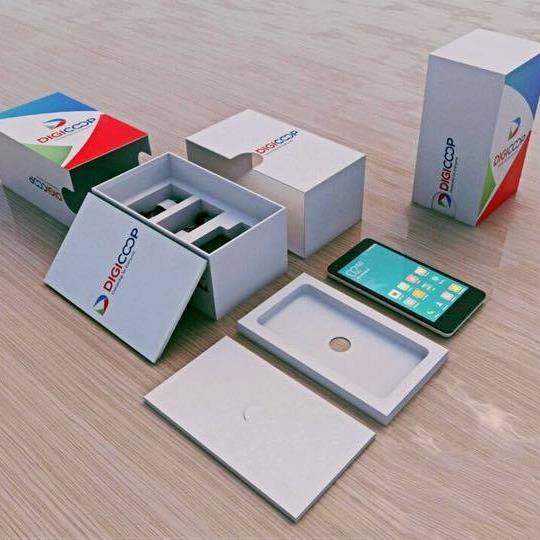 Indonesia is one of the world's hottest and fastest growing digital markets. "With around 90 million Internet users and more than 281 million active mobile phone subscriptions, we can anticipate the development of the digital ecosystem in Indonesia that will lead the growth," Shinta W. Dhanuwardoyo wrote in "Strategic Review: The Indonesian Journal of Leadership, Policy and World Affairs" last year. "E-commerce has been one of the vital driving forces of Indonesia's digital economy."

Unfortunately, this growth has been uneven, and not all Indonesians have access to this burgeoning digital economy. Although it's improving, only a little more than half of Indonesia's population has regular internet access, and outside major cities, broadband access is severely limited. Smartphones — the most common method for accessing the internet in Indonesia — are almost all either manufactured abroad or domestically by international companies.

Koperasi Digital Indonesia Mandiri (KDIM), a cooperative based in the country's capital, Jakarta, is trying to bridge this digital divide. It's developing a locally-produced, low-end smartphone for Indonesians left out of the digital boom. It's also building a platform for users to access services from other cooperatives on their phones.

"Unlike commercially distributed phones, this smartphone can only be obtained by becoming a member of the cooperative via its website, after which one needs to pay Rp 100,000 (US $7.48) per month for one year," The Jakarta Post reported.

The phone had its soft-launch in late March, and will be available for all members in the coming months. We spoke with Adie Marzuki, chair of KDIM, to learn about how the organization uses the cooperative model to bring digital technologies and services to underserved Indonesians.

Can you tell us about how KDIM started, and why you decided to form a cooperative rather than a regular, for-profit company?

KDIM was initiated by two organizations, APJII [Indonesian Internet Service Providers Association] and MASTEL [Telematics Society]. We believe that we need to build inclusive economy for Indonesia. We have a very huge market here — more than 80 million smartphones users in the [Indonesian] market right now. But we still we have 60 million of our population un-served — this means that 60 million people in Indonesia have never had a smartphone. That's why we need to have a domestic smartphone industry that serves the underserved in Indonesia — and that's why we are creating an entry-level smartphone. They are not served by the current industry right now.

For that, the model of a cooperative makes the most sense. It is a fundamental economic system in Indonesia. We have the power of population, that's why we built KDIM as part of an inclusive economy, so that we can leverage our numbers.

What are your operating costs? How did you raise the capital to start the cooperative?

Our operating costs covered by collecting membership share from members. Membership share is a term used to refer to the contribution required for a person to become a member of the cooperative. The initial funding/equity capital [was] provided by the founding members, which consists of KDIM members of APJII and MASTEL.

Indonesia has many cooperatives. Can you tell us how you are similar, and different, from other cooperatives in the country?

We are the first Indonesian digital cooperative. There are other efforts to support the un-served people, but they are not in the digital industry — we thought that now, we need to engage all the population to emerge in the digital life, and benefit from it.

We created KDIM based on our own formulation — this is a completely new model for Indonesia. Other cooperatives in Indonesia are all in conventional businesses. We want to work with them, and we are asking the other cooperatives to follow in our way, and we are ready to serve them and give them the platform they need.

We are not trying to make our cooperative the biggest cooperative — we are offering the other cooperatives to use our platform to benefit and go to the digital era.

Our members will use the phone itself as their membership tool. Members will benefit from the use of the phone as we have digital advertising system embedded in the platform. Members also gain points when they use the apps in the phone e.g. digital transaction, purchasing, and other digital activities, which are provided by the KDIM phone. Their points will be reflected in annual closing book, and members will redeem their points in rupiahs. In our annual meeting, each member will have one vote.

What's your current membership base, and what are your medium-to-long-term goals? What kind of impact would you like KPIM to have on the country's technology sector?

Currently we have 25,000 members. Of those, 5,000 of are directly, KDIM members, and the rest are from other cooperatives. Our medium-term goals are to invite lots of other cooperatives to benefit from our platform, while still allowing them to use their own cooperative brand. We will give white label B2B services to other cooperatives while we also inviting more members to join. Our long-term goal is to have our own digital industry ecosystem, which will serve all the 49 percent digitally un-served sector of society.

We are hoping our business model will inspire other tech players to be more inclusive and eventually close Indonesian digital divide. We haven't officially launched yet, and we are aiming for an official launch of our phone in May, probably before the start of Ramadan.