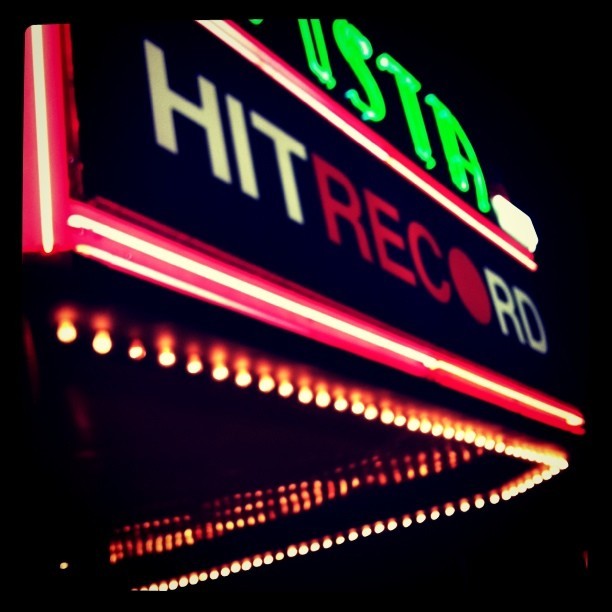 There's something about people coming together — whether in crisis or creativity — that pulls at the heartstrings and coaxes the saline to flow. It could be pedestrians lifting a car off a trapped motorcyclist; it could be neighbors huddling together after a tornado; or it could be strangers pooling their talents to make a TV show. Whatever the scenario, collaboration generally elicits a positive emotional response.

Such is certainly the case with the first episode of hitRECord on TV. The whole hitRECord project — an open collaborative production company — is the brainchild of Joseph Gordon-Levitt, who hosts the show, and his brother, Daniel, who passed away in 2010. After years of planning and plotting, creating and crafting, the time finally came for hitRECord to step into the world of television via Pivot TV. Many collaboratively produced books, short films, and records have come out of hitRECord. But for Gordon-Levitt, the collaborations were always headed in a singular direction — TV: "If I could do anything, this is it."

Each episode of hitRECord on TV centers on a theme, with the first being "The Number One," of course (see the episode below). What follows are segments created by collaborators from all over the world. The first act, for instance, is an animated short story. The writer is from the U.S., the voiceover artist is from Scotland, and the animators, musicians, and editors are from all over. More than 1,400 contributors threw their hats into this one ring.

That's just the hitRECord way — people sharing their talents, ideas, and passions to create a little bit of magic for the rest of us to weep over.