Helsinki's PiggyBaggy is Ridesharing for Packages - Shareable
Skip to content

PiggyBaggy's "smart" containers are distributed throughout the city. (Courtesy PiggyBaggy)

Like so many other great ideas, Helsinki-based CoReorient's peer-to-peer delivery service PiggyBaggy was inspired by a mundane domestic problem—in this case, a broken microwave oven. The microwave in question belonged to co-founder Harri Paloheimo, who at the time led the Sustainability Research team at Nokia. Paloheimo's family did not own a car, but he had to get the appliance across town to a repair shop. His solution—an imperfect one—was to carry the awkward package on public transit. Soon afterward, Paloheimo sat down with Nokia co-worker Heikki Waris to outline a service that would extend the peer-to-peer ridesharing model into the delivery space. The result, PiggyBaggy, matches customers with delivery needs to drivers who use their own cars, trucks, bicycles, or even public transit to pick up and drop off packages.

Developed in cooperation with city officials, PiggyBaggy comprises both digital and physical infrastructure. The former, an online platform, uses an algorithm to connect registered users in customer-driver pairs. Customers request delivery, specifying when and where they need their package picked up and delivered, and choose a price option. Alerted by the PiggyBaggy service, the transport contacts the customer either through the app or by phone, and the two arrange for delivery. Drop-off and delivery takes place at "smart" containers distributed among the city's public spaces. As of mid-September, the site boasted over 1,500 registered users and more than 760 shipments received. 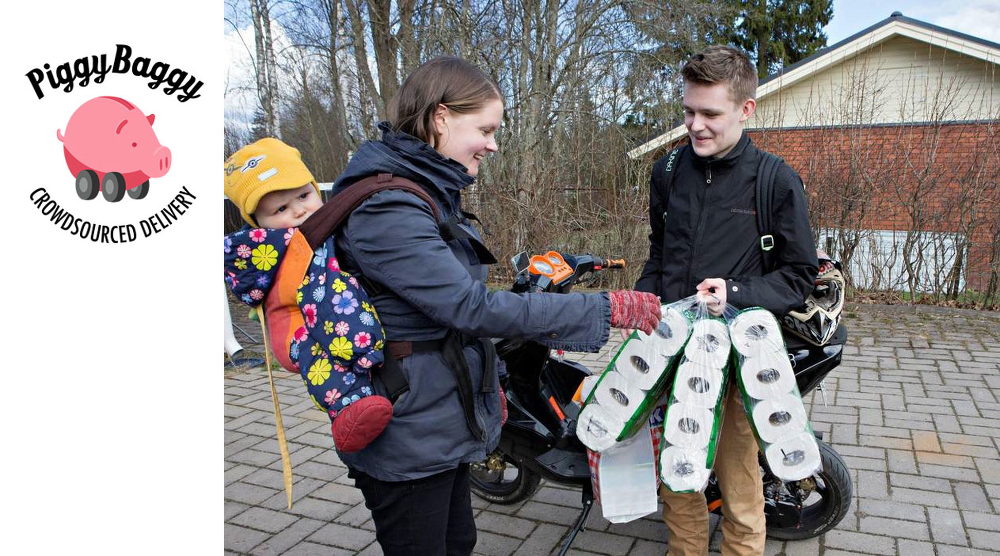 PiggyBaggy transporters use their own vehicles or public transit to pick up and deliver packages. (Courtesy PiggyBaggy)

PiggyBaggy's founders envision it as more than a sustainable solution to personal delivery needs. Rather, they see it as a "catalyst" for the broader sharing economy, another tool in the sharer's arsenal of alternatives to traditional markets. In the near future, CoReorient plans to test online grocery store deliveries in Denmark. In the meantime, they're on their way to the United States, where CoReorient will present PiggyBaggy in the SXSW Eco Startup competition on October 5-7. Coreorient is also a finalist for the Nordic Council's Nature and Environment Prize 2015, to be awarded October 27. 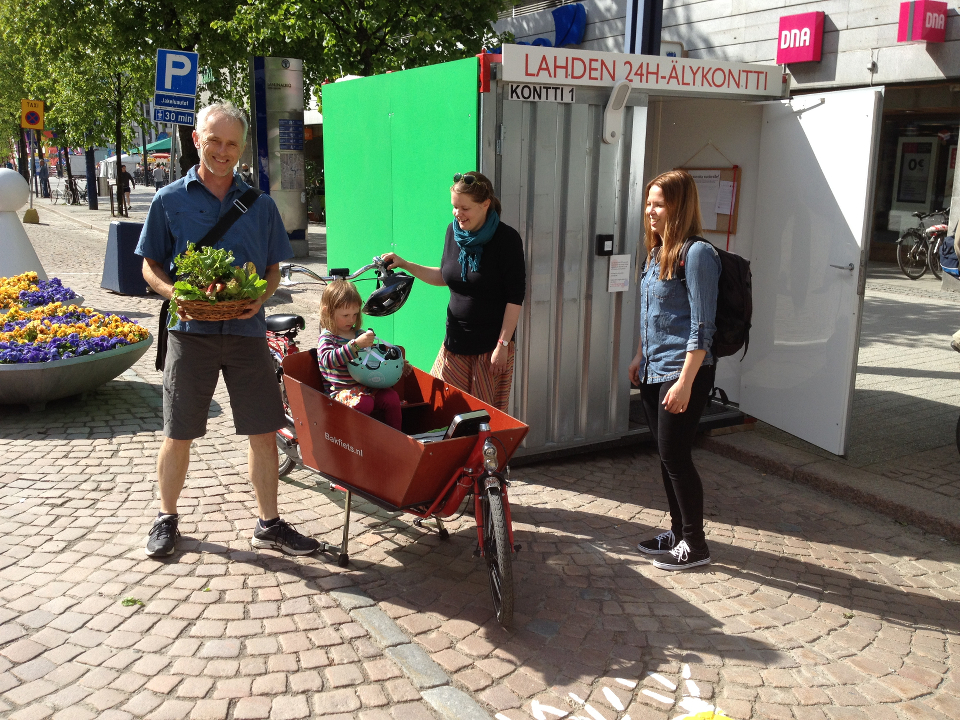