Has the Business of Sharing Finally Reached the Tipping Point? - Shareable
Skip to content 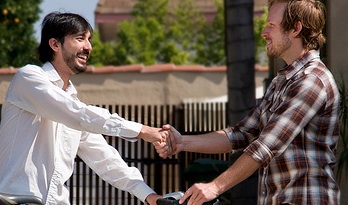 If the smattering of recent press is any indication, it seems as though the rest of the world has finally caught onto the sharing revolution being led by companies like Zipcar, Couchsurfing and NeighborGoods.net. We can't seem to open our browsers anymore without seeing a new article about how peer-to-peer sharing is changing our economy. I wanted to put a post together to share some of my recent favorites all in one place. 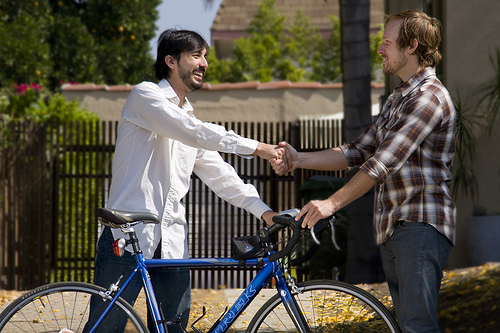 Learning to Share, Thanks to the Web, New York Times, September 25, 2010. In this article, Yochai Benkler, co-director of the Berkman Center for Internet and Society argues that the collaborative nature of the Internet as an open platform for sharing has paved the way for an increase in cooperative endeavors offline. "So far, he said, there have been no formal studies into whether the Internet has affected offline cooperation or attitudes about ownership."

That study came just over a week later from Latitude research and Sharable.net. The New Sharing Economy report was released on October 5, 2010. The study "indicates that online sharing does indeed seem to encourage people to share offline resources such as cars and bikes, largely because they are learning to trust each other online. And they're not just sharing to save money – an equal number of people say they share to make the world a better place." Some key points from the study include:

According to the Economist's The Business of Sharing, sharing stuff has recently become trendy as a way for consumers to be green and save money. The Street.com takes the argument one step further with The New Era of Secondhand Shopping. In this article, Rachel Botsman, author of What's Mine is Yours: The Rise of Collaborative Consumption, argues that while the slumping economy has accelerated the sharing trend, it is not simply a reactionary movement. "People may use one of these sites with the motive of saving money," she says, "but what they get out of it is realizing that they are meeting people and finding out that this is a much better way to get what they need."

I can say that after a couple years working at this with NeighborGoods, we have learned that what Rachel says is true. While members might sign up for NeighborGoods to save a few bucks, they stick around to help their neighbors. It turns out that sharing stuff with your neighbors is a fantastic way to get to know them and to make your neighborhood a better place to live.

"I think we're at the beginning of the trend," Botsman continues in the Street.com article. "The idea of going out shopping and buying something that you're just going to use once will seem dumb to our kids." I have just one thing to say about that… Duh!