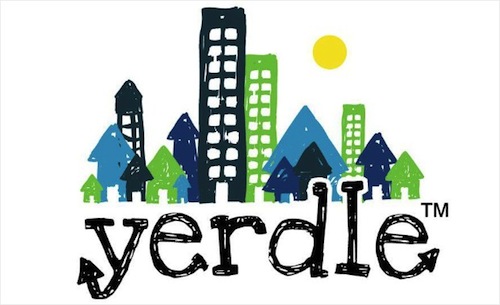 From kids clothes to surfboards, kitchen gadgets to camping gear, yerdle is a smorgasbord of shareable goods. Connecting people who know each other via social media, yerdle provides a central place to give and get all kinds of stuff.

The platform, which is one of several in the challenging general goods-sharing space, has gained traction since its launch on Black Friday 2012. It has quickly grown to 15,000 members and big things have been happening for team yerdle including funding from venture capital firm Greenstart and a partnership with NBC.

Recently, Shareable had a chance to catch up with yerdle’s co-founder Adam Werbach. He shared with us his thoughts about the rapidly-growing yerdle community, the fun of sharing with people you trust, and how sharing is ready for the mainstream.

Shareable: Hi Adam. Things are really picking up with yerdle and we wanted to check in with you and get the inside scoop. Let's start with a big picture question: yerdle launched five months ago. What insights and lessons have you learned in that time about the sharing movement at large and those involved with it?

Adam Werbach: Lesson number one: Happy people share stuff. I guess this isn't a huge learning, but it's certainly made our jobs a lot more fun. People who are into sharing are also into community and living joy-filled lives. Sharing is a powerful identity-forming tool that gives people a way to translate their desires for a better world. They can translate their concerns about credit card debt, clutter and climate change into action.

The yerdle community is now 15,000 members strong. What kind of feedback have you gotten from yerdlers? What's working well? What needs tinkering? What kinds of things are people most interested in sharing through yerdle?

We're so humbled by the rapid rate of growth we've been experiencing and we're writing code every day to lower the barriers to facilitating sharing through yerdle. Over 1,000 of our members have volunteered to be pollinators, helping us spread the word and improve our service. We now have four full-time engineers and we've got some great new features, like shipping and school affiliations coming online shortly. We're really focused on making sure that every item that gets put up on yerdle gets transferred quickly and simply to a person you trust. We're seeing a ton of items in kitchen and home, outdoors and kids moving right now. My kids are loving the bike they just got from a friend.

yerdle recently received funding from Greenstart, a venture capital firm and design studio. What does this mean for the company and yerdlers?

Yes! We're so excited to be co-habitating with Greenstart now and working with them on the design of yerdle 2.0. We'll start rolling it out over the summer.

yerdle's recent partnership with NBC, and dozens of its networks including Bravo, E!, the Weather Channel and CNBC, introduced sharing and yerdle to a really wide audience, including, presumably, people who hadn't heard about the sharing economy. What kind of response did you see at yerdle? What is the vision for the partnership?

We're still pinching ourselves. We had a great experience working with NBC Universal's annual Earth Week extravaganza, where they turn all of their logos green and encourage the shows and network to participate in Earth Week festivities. We had thousands of new people visit yerdle and we've seen an increase in the number of items posted in recent days. This is only the start, and we'll be announcing new aspects of the partnership in the weeks to come. Sharing is ready for the main stage.