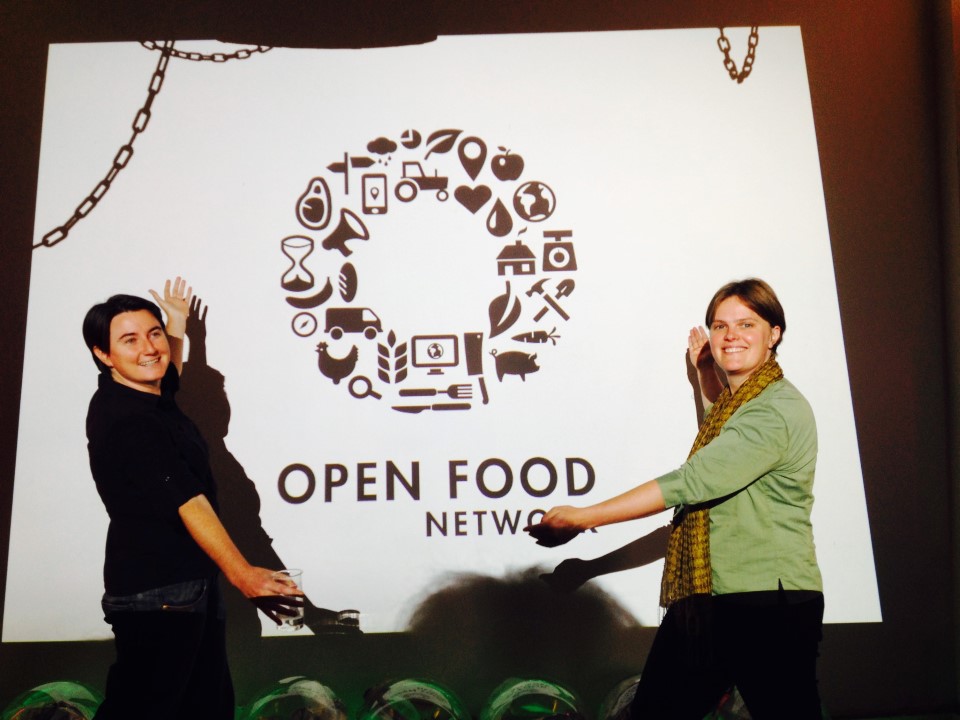 The open food movement has been developing at a pace in recent months through projects like the Australian-based Open Food Network, a free and open source project aimed at supporting diverse food enterprises and making it easy to access local sustainable food.

In this follow-up interview to our profile back in January, founders Kirsten Larsen and Serenity Hill reflect on their recent experience of OuiShare Fest 2014 and the open food revolution they are enabling through free software.

The Open Food Network is currently running a crowdfunding campaign to put control of the food system back in the hands of farmers and eaters.

Shareable: What are your main reflections and observations having returned from OuiShare Fest?

Kirsten Larsen & Serenity Hill: There’s lots going on with a very diverse bunch under a big umbrella. At one end is democratising 'access' to resources, but without a critical approach to ownership, finance and power. At the same time there’s a lively open source / commons-based approach developing in many spheres.

The interesting tension between or around these, was discussed a little bit, quietly, but for the most part was never actually brought into the spotlight for real interrogation. As far as we know, the food session we were in was the only one where it was directly addressed – do scale, ownership, where profits go etc., actually matter in the sharing economy? The session that was meant to be about 'tensions' didn't discuss this. We of course, don't know if it was discussed in other panels / break outs that we weren't in.

There is an emerging layer of discussion that has moved into the 'meta' beyond projects – to platforms – and then to platforms for platforms (e.g. Sharetribe), and the services that support them (e.g. financial – Mangopay, reputation services / plug-ins etc); and then to protocols: when/how do we connect all these things up e.g. everyone's building maps, can they exchange data or not? (there was a great session on maps in particular).

We believe this is also a critical area for open food, as there are (and will hopefully continue to be) lots of different players in this space, and ideally all our services and systems could usefully talk to each other.

What were the OuiShare discussions/panels around open food?

There weren't any Ouishare discussions / panels around 'open food' – there was one panel about "Food & Agriculture: Visions for the Future" and we were on it, and so it became more of a discussion of 'open food' than it would otherwise have been. There weren't actually any 'meaty' discussions about open / closed code at all that I'm aware of, this surprised (and disappointed) us a little.

How has the Open Food Network evolved since late last year?

It has made a huge jump, having enough money for a steady development team (mix of paid and volunteer) as well as an awesome designer has helped us really make progress. In a nutshell, it is a completely new, custom front-end that is sexier, more professional, and also designed for exactly what we're trying to do. We've also done lots of work on making the admin views for farmers and food hubs more intuitive and easier to use.

The Open Food Network has also evolved geographically and the first UK pilot started last week which is a bit of a testament to how far we've come.

What's happening in UK and other parts of Europe related to open food?

We know more about what's happening in the UK than across the rest of the EU (suspect hopefully more open stuff that we haven't actually connected with yet). It's certainly increasingly active in the 'less open' space (Foodtrade, Food Assembly, FarmDrop, Farmhopping etc) but not as much in terms of open source. What there is e.g. Stroudco Food Hub's original software, is badly out of date and limited, which is probably why they've been so proactive in working with us.

Open food could (in our view) should be a strong driver / catchphrase for linking and raising awareness of critical issues in food: we believe open code is important in the same way open seeds are important. We must not put our food systems in the hands of private companies who won't share what they know, and seek to privatise the knowledge of others. 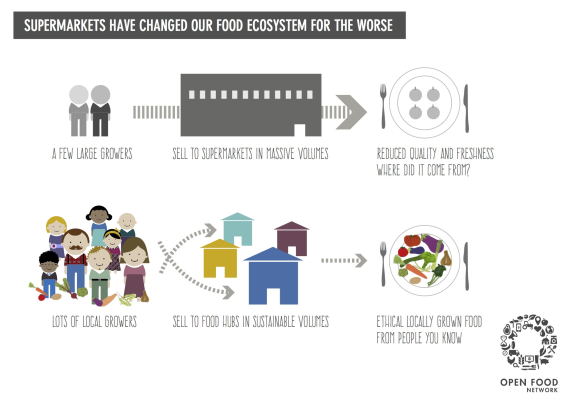 What are the similarities/differences between open food systems in Australia and Europe?

One thing we've been noting in the last couple of weeks is that the open food network probably / possibly could never have emerged in the UK / EU or North American contexts because they are so much more crowded that it would have been really hard to get enough 'air-time' or people to give it a crack if there were slicker private options already on the market. Because we are right at the forefront of food hubs here we have actually had some breathing room to do something different.

We have a suspicion that permaculture and regenerative agriculture have influenced the way 'food activists' think and behave in Australia to a greater extent than in other places, probably a critical mass kind of thing.

Someone said to us at OuiShare that they were excited to meet us because so few people were comfortable being heavily embedded in sustainable eco/agriculture and food systems, but also excited about and committed to the power of technology to help us build better systems. We noted that this isn't as stark a divide in Australia (we don't think) and that our developers for example are very much all a combination of both.

Permaculture and ecosystems thinking is perhaps common enough that it's not unreasonable in Australia to think that you could have a development team who also work on organic farms, manage forests, etc., or we're just incredibly lucky to have this amazing team around us. 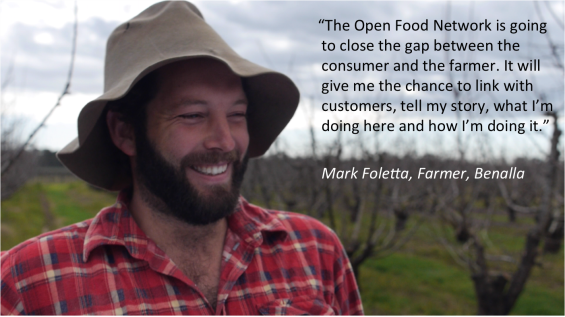 What will your crowdfunding campaign help you to achieve?

More of all the above! But seriously, we're trying to get a service launched in Australia for all farmers and food hubs that want to use it. We can do that if we get the $100,000. Everything that gets built becomes available to everyone else. There are governance and management challenges getting set up in other places, but we're working with awesome people in the USA, UK and elsewhere like Farmhack, Greenhorns and Green Ecosystems in India etc.

We've said that anything over $5,000 AUD raised in a particular country will be guided by features and what they need including some potential organisational set-up and facilitation by us. It's an exciting time for eveyone involved in the open food movement.

Click here to read more about the Open Food Network and donate to their crowdfunding campaign.