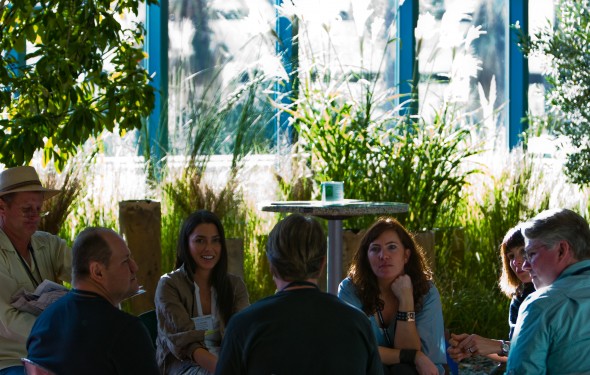 On October 16-18 in Marin County, California, the Bioneers gathering will celebrate its 20th anniversary. Theme: "Revolution in the heart of nature." Speakers will include Dr. Andrew Weil, Story of Stuff creator Annie Leonard, and bestselling author Michael Pollan, featured in this video…

I’ll be attending Bioneers, but, alas, it’s unlikely that I’ll be flying across America and the Atlantic to see the speakers at the Festival of Interdependence in London, which looks amazing.

Economic turmoil and social upheaval coupled with the threat of runaway climate change have revealed major failings in the current system. In response, [the New Economics Foundation] has brought together a range of organisations and individuals to share a vision of the world as it could be. We believe that the great transition to a new economy begins with a potent mix of hope, creativity, practicality and fun. Collectively we already have many of the ideas, policies and resources that can deliver greater human well-being and social justice within environmental limits. But a huge shift is still needed to make change happen. We think 2009 will mark the start of that shift.

The Festival will include a series of creative activities and events, including lectures, film screenings and art exhibitions, beginning in autumn 2009. If you live in London, consider writing a report for Shareable.net!