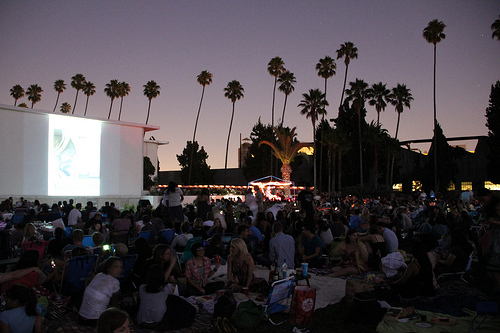 This article originally appeared on On the Commons. It is reprinted here with permission from the authors.

It is a little-known fact that the vision and inspiration for great public commons like New York’s Central Park originated from cemeteries. While many modern-day cemeteries occupy valuable land in central city locations, they are generally seen as separate from, rather than an integral part of, their surrounding communities.

Many cemeteries built in the mid-19th century in the United States were like parks in that they embodied a respect for nature and proved a counterpoint to the chaos and commercialism of the cities. Visitors flocked to the cemeteries because it was one of the few opportunities to feel the calm of the country near the industrial city. The increasing separation of death from private family life throughout the 20th century and the development of parks within cities has left most cemeteries as forgotten places, rather than the often jubilant and leisurely destinations they once were.

When Mount Auburn Cemetery outside of Cambridge, Massachusetts, opened in 1831, its 178 acres became the first large-scale designed landscape open to the public in the United States. The idyllic natural landscape, wide roads, winding pathways, ornamental plantings, monuments, fences, and fountains created a relaxing rural feel, albeit a man-made one. When it opened, visitors were lured to escape the hustle and bustle of the city in this green and calm oasis. 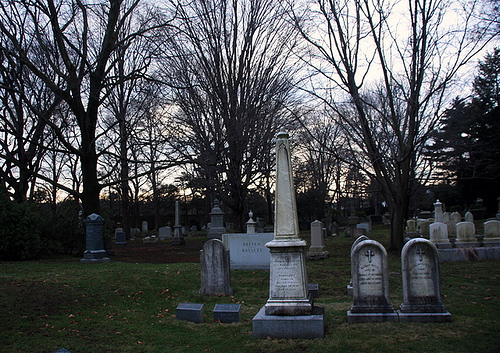 The rural cemetery (or garden cemetery, as they were sometimes called) example set by Mount Auburn was emulated throughout the United States. Another cemetery in this style, Green-Wood Cemetery in Brooklyn, New York, proved enormously popular, and was the site of many family outings and even carriage rides. Built on 478 acres, it opened in 1838. By 1860, Green-Wood attracted 500,000 visitors a year, rivaling Niagara Falls as the country’s greatest tourist attraction.

A young Englishman visiting the United States in the 1850s commented that “Cemeteries here are all the rage. People lounge in them and use them for walking, making love, weeping, sentimentalizing, and every thing in short.” As David Charles Sloane writes in his book The Last Great Necessity, about the dedication of Oakwood Cemetery in Syracuse, New York, in 1859, “Over one-third of the city’s 15,000 people attended the dedication. They watched three bands, the mayor and common council, the clergy, the fire department, representatives of the Odd Fellows and YMCA, and the 51st Regiment of the New York State Militia march three miles from downtown Syracuse to the cemetery. There they listened to music and poetry.”

In the mid- and late-19th century, the design of cemeteries evolved to become more simplistic as the business of death changed during this time. The combination of more city parks being built in central locations, businessmen choosing to build more economical cemeteries, and cemetery ownership changing hands from families to institutions led to the creation of burial grounds where family and friends could pay their final respects, but that were no longer seen as a leisure destination. Americans’ drive to distance themselves from death increased throughout the 20th century, much to the advantage of those hospitals and undertakers that could now profit from the growing business of death. With this change, the cemeteries’ role as a repository of the history of the local community declined and the memories of a cemetery as a commons for the community to appreciate were lost to future generations.

Sloane points out that since the 1970s the interest in cemeteries as historical landmarks and public spaces has increased. Historical societies and volunteer organizations have worked to showcse the history of those buried there through walking tours, thus encouraging public interaction with a place that had in recent years been reserved for private grieving. 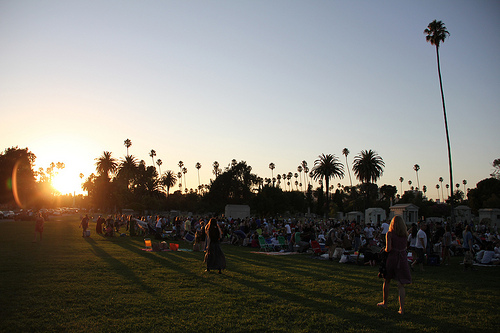 In the last 10 years, public use of cemeteries has become increasingly creative. The Hollywood Forever Cemetery in Los Angeles, California, (final resting place to Rudolph Valentino, Jayne Mansfield, and Joey Ramone) has likely been the most successful in getting people to visit and take interest through entertainment. For more than 10 years, it has opened its gates for a weekly movie series, Cinespia. According to the Los Angeles Times, the cemetery screenings now draw an average of 3,000 guests every weekend. In addition, the cemetery has added a music series in which well-known indie-rock performers such as The Flaming Lips, Bon Iver, and Bright Eyes have performed. Green-Wood Cemetery has similarly enlivened their grounds with musical, theatrical, and dance performances.

We are involved in a project to do something similar in Minneapolis, Minnesota, at the humble Pioneers and Soldiers Cemetery (also known as Layman’s Cemetery) which, until recently, has been largely forgotten in the community. On Saturday, October 8, the Pioneers and Soldiers Friends of the Cemetery organization will host a benefit concert by favorite local musicians Jeremy Messersmith and Lucy Michelle and the Velvet Lapelles. Proceeds from the performance will help support the Friends of the Cemetery’s efforts to restore the historic steel and limestone pillar fence that serves as the border of the cemetery. Attendees are encouraged to arrive early and participate in a smartphone history hunt, which will reveal highlights of the cemetery’s rich legacy and its prominent place in local history.

Pioneers and Soldiers Cemetery was established in 1853, and is the oldest surviving cemetery in Minneapolis and the only cemetery in Minnesota that is listed on the National Register of Historic Places. The City of Minneapolis claimed ownership in 1928 when citizens appealed for the city to improve the deplorable conditions. The cemetery was losing business to the more popular Lakewood and Crystal Lake cemeteries, making Pioneers and Soldiers financially difficult for the private owners to upkeep. Although the cemetery lacks the wide roads and picturesque landscape of a rural cemetery, it remains a charming oasis amid the bustling city streets of South Minneapolis, transporting visitors to a quieter, simpler time. In a time when urban green space has become ever more precious, we could all benefit from a return to appreciating cemeteries as rejuvenating and reflective public spaces.

Aaron Hanauer has been a city planner for the City of Minneapolis for five years, focusing primarily on historic preservation. He has a degree in urban and regional planning from the University of Minnesota’s Humphrey Institute. Colleen Ayers manages non-profit professional associations at the Harrington Company. She graduated from Lawrence University with a BA in Studio Art.

Related articles on On the Commons:

Everybody Needs a Community Hangout

Aaron Hanauer has been a city planner for the City of Minneapolis for five years, focusing primarily on historic preservation. He has a degree in urban and regional planning from

Aaron Hanauer has been a city planner for the City of Minneapolis for five years, focusing primarily on historic preservation. He has a degree in urban and regional planning from the University of Minnesota’s Humphrey Institute. Colleen Ayers manages non-profit professional associations at the Harrington Company. She graduated from Lawrence University with a BA in Studio Art.