Government Support For Coworking in Australia - Shareable
Skip to content 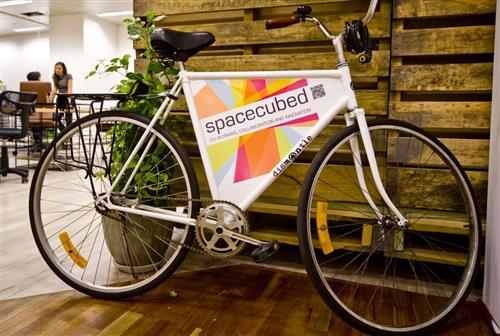 In 2011, social entrepreneur David Sherwood co-founded Teach Learn Grow to provide tutoring services free of charge to rural, indigenous and socioeconomically disadvantaged Western Australian students. David recently became a member of Perth coworking community Spacecubed to network with like-minded individuals because he thinks the ideas, conversations and workshops there will help him grow his social enterprise.

Around the world, entrepreneurs like Mr. Sherwood, as well as independent professionals and remote corporate workers, are flocking to coworking spaces to increase their chances of success. As a result, coworking has boomed going from just a few spaces seven years ago to over 2,000 worldwide. Governments have started to notice. They've just begun to throw support behind coworking as a means to build creative communities, provide an economic anchor, and diversify local workforces. Coworking is maturing into a promising model for talent retention and economic development in cities around the world

In Australia, coworking could help cities that are struggling with a declining manufacturing base as car-makers like Ford shut down operations in the face of mounting losses and companies “near-shore” more service-sector jobs to neighbouring countries in search of lower labor costs and lighter regulation.

The Australian Government has recognised that flexible work practices create benefits that flow to employers through cost savings and productivity gains while workers enjoy less commute time and more work-life balance. Yet there is room for improvement with Australia recently falling to ninth place behind the United States in the latest Regus Work-Life Balance Index.

The roll-out of Australia’s National Broadband Network (NBN) has also seen renewed interest in “teleworking” and a commitment from the Federal Government to increase the number of public servants able to work remotely by setting a 12 per cent teleworking target by 2020.

At the state and city level a number of recent initiatives have taken shape across Australia that provide important “proof points” for other governments considering support for coworking in their local communities.

The City of Sydney has taken a creative approach to cultural development and economic renewal by activating a number of under-utilised city-owned properties by providing support for coworking spaces.

Its “affordable creative spaces” initiative invited artists and community organisations to submit expressions of interest for taking over one of the spaces on Oxford Street. This program offered affordable rental of 16 city-owned properties, including retail and office spaces.

These spaces are now inhabited by a diverse range of cultural and creative organisations including two coworking spaces — Home/Work and EngineRoom. The latter is a collaborative, community environment for emerging digital media and technology entrepreneurs. 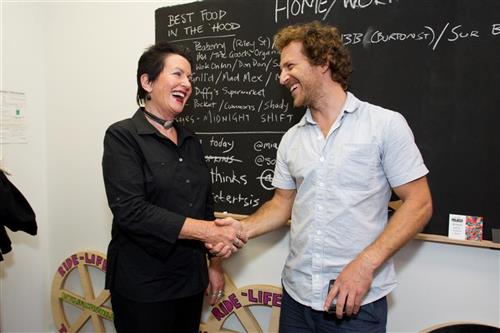 Successful community activation of under-utilised spaces has been pioneered by Renew Australia, a social enterprise that negotiates with property owners to license empty spaces and matches them with local creative initiatives. It’s encouraging to see local government trial similar approaches to stimulate the activation of coworking communities.

The Queensland Government currently supports library-based coworking space The Edge and three information technology incubators and other start-ups in the Gold Coast, Sunshine Coast, and iLab in Brisbane. Overall it seems that Queensland is taking a different approach to coworking from other states and may concentrate on commuter zones rather than the central business districts of major cities.

For instance, Regional Development Australia South East Queensland is currently undertaking the Digital Work Hub Project, a collaborative initiative between five Regional Development Australia organisations trying to advance the economic, social and environmental health of its communities. The research project aims to develop resources and build engagement between a wide-range of stakeholders to facilitate a Digital Work Hubs network across the region.

Project Coordinator Bronwyn Buksh explains how the outcomes of the Digital Work Hub Project could support the growth of a coworking ecosystem in South East Queensland:

“We’re trying to crack the code for an economic development model for coworking to happen in regional centres. Heaps of people currently commute to cities like Brisbane every day. We’re advocating an Active Work Model where people telework from home part of the time, drop into a local Digital Work Hub 2-3 days a week and avoid some of the negative side effects of working from home or having to travel into major centres.

The flow-on benefits of this approach are huge in terms of boosting the local economy and creating a wider diversity of jobs. The research we’re undertaking will provide background information to help investors develop a sound business case. We’re also involved in ongoing engagement and communication activities to help build community support for these initiatives.”

The Digital Work Hub concept takes inspiration from Amsterdam’s landmark Connected and Sustainable Work Policy framework. In that project, two Dutch cities collaborated with Cisco to trial seven smart work centres around the region as a means to reduce commuting. It was so successful that 120 accredited Smart Work Centres had sprung up across the Netherlands by the end of 2011. 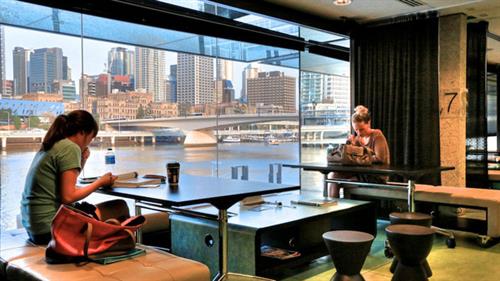 The Edge at State Library of Queensland.

Other Australian regions outside of city centres are also vying for an opportunity to support coworking. In Victoria, the regional City of Ballarat is establishing a coworking community as part of a $4.44 million backing of creative industries projects over the next financial year. The Ballarat project will become one of the first regional Australian coworking centres to be established.

West Australian coworking community Spacecubed is in the heart of the Perth central business district and was designed to support entrepreneurs and social innovators who want to get their ideas off the ground. Spacecubed has developed important relationships with diverse partner organisations who want to develop Western Australia into a test bed of innovation and creativity.

State Government of Western Australia's Lotterywest has supported Spacecubed by providing $200,000 to help with the fit out and next phase of design. Lotterywest will also be looking at other ways they can support Spacecubed members through access to their grants program.

The City of Perth has also backed the project by providing $40,000 to help with the next phase of design and business support. It also helped to build much of the furniture and features in the space and gave support to build soft networks between members. 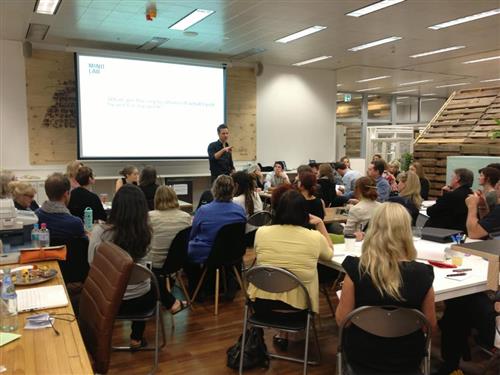 “The City of Perth was motivated by reducing the barrier to having more entrepreneurs and "creative industries" working in the city which was part of their Economic Development Plan. The outcome for them is that Spacecubed has over 300 members from a range of industries (45% tech, 30% not-for-profit/environmental and the remainder consultants) who otherwise may not be working in the city even part-time.

We got in front of the right people, although it did take over 12 months of convincing. Both local and state government didn't get on board until Spacecubed was open so it was up to us to de-risk the proposition and both provided some funds for fit-out but not staff or programs.

We are having conversations with State Government about co-locating multiple departments in open work spaces across the city with the potential to open it up to business, not-for-profits and entrepreneurs with the hope it will also break down silos.”

The State Government of South Australia is supporting the creation of Hub Adelaide in a disused building in the central business district. The South Australian (SA) government is providing an $800,000 grant which will be put towards fitting out the space, co-creation sessions to engage the local community and running programs over the first 12 months. 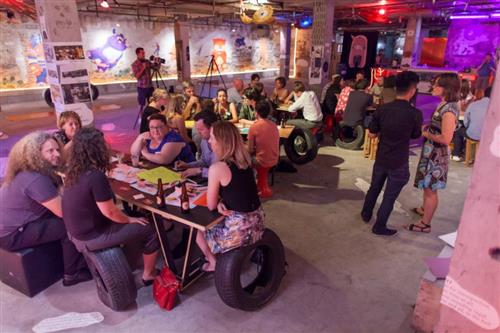 Georgina Vasilevski, Director of Performance and Culture at DPTI explained the SA Government’s reasoning behind support of Hub Adelaide:

“The Premier of South Australia has 7 strategic priorities one which is about "Creating a Vibrant City'. The vision is that Adelaide is the economic and cultural powerhouse of the state where more people choose to live, work, invest and spend time in the city. Adelaide’s demographic is changing with increasing numbers of younger workers between the ages of 20-40 years old. Many of these are moving to eastern states or overseas which is leading to a huge brain drain.
We need to create an environment where our best and brightest are staying here in Adelaide rather than moving interstate or overseas. When you become a member of Hub Adelaide you become part of a global network and local community. We see a vibrant coworking community like Hub Adelaide as a way to create a culture where people are passionate about innovation created from sharing ideas and working with other individuals from diverse backgrounds."

The projects highlighted represent the first wave of government support for coworking in Australia. A variety of other initiatives will no doubt soon emerge as the coworking movement continues to have a positive social, economic and environmental impact over the coming years.