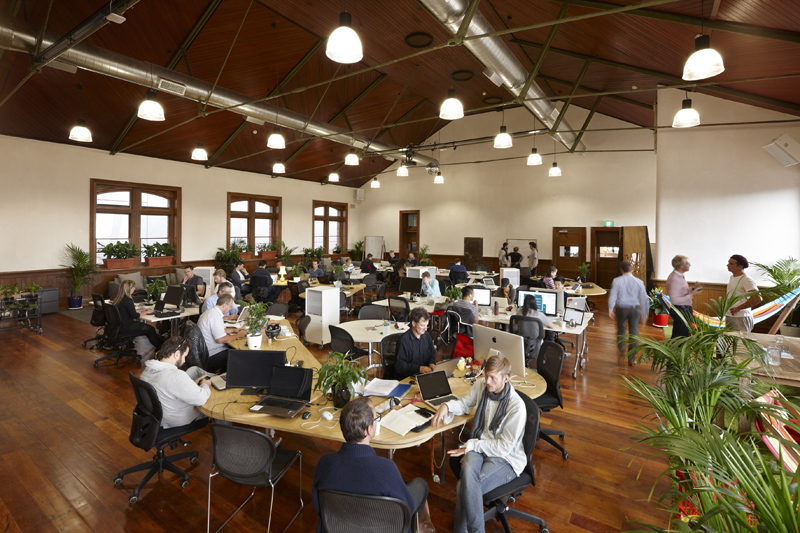 Sydney and Melbourne also ranked 12th and 18th respectively in the Startup Genome’s report on the world’s top startup ecosystems and both are recognised as important coworking hubs in the Asia-Pacific region. Australia is well placed to maximise the potential of coworking by nurturing an experimental culture that's open to collaboration and innovation.

Another important success factor has been local government support for coworking through a number of recent developments. The City of Sydney provides support for budding coworking space operators by investing in environments that foster collaboration and innovation. It has opened up city properties on Oxford and William streets and is providing direct support to other coworking and incubator spaces like Fishburners and Home/Work.

The South Australian government is also interested in coworking as a means to retain local talent. With the immediate success of Majoran Distillery which opened late last year, and which has already moved into a larger space to accommodate high demand, the government is exploring ways to use these spaces to foster a local culture of creativity and entrepreneurship.

Major Australian corporate players, including AMP have incorporated coworking into their business plans allowing their employees to work from collaborative work environments. Australia's number two telco Optus is supporting a number of coworking spaces around the country through their innov8 seed program, including Fishburners, Inspire9, York Butter Factory, iAccelerate and Sync Labs.

Given all this actvitiy it's no surprise the first ever Coworking Conference Australia is about to take place 1-2 March in Melbourne. The conference brings together an all-star line-up of folks from across the global movement to share their insights and experience. It’s co-organised by Deskwanted, an online platform for finding and booking collaborative workspace, and Hub Melbourne and Inspire9, two of Melbourne’s earliest and most successful coworking spaces. The aim of the conference is to connect the major players and explore the future potential of the movement under the theme, ‘how coworking creates value’.

The first day, held at Hub Melbourne, will include presentations on topics such as how to promote creativity and collaboration through space design; the evolution of the workplace; enabling ‘anywhere working’ in Australia; and how the culture of hosting builds community. Day two will be an unconference event, reflecting the collaborative and creative nature of the industry. Held at Inspire9 and facilitated by Trampoline, participants will determine the order of the day, with workshops, presentations and discussions proposed by conference attendees.

In addtion to the action-packed two day program there’s a pre-conference taking place 28 February hosted by the Community Building Masterclass, as a part of their Business of Community tour. This one-day workshop is hosted by Alex Hillman (Indy Hall, Philadelphia) and Tony Bacigalupo (New Work City, NYC) – two coworking pioneers keen to share their experience with Australian counterparts.

Shareable is proud to be a media partner of the first Coworking Conference Australia hosted by Deskwanted, Inspire9 and Hub Melbourne. I’ll be attending the event for Shareable and can’t wait to bring you a comprehensive recap of the main activities over the following days.