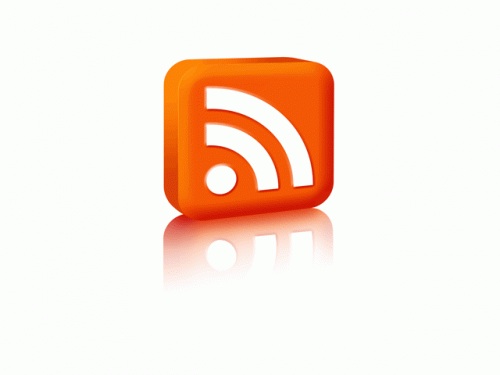 Many of us would love to be rid of our RSS readers, to replace them with the socially-curated news feeds we get from Twitter or Facebook or Tumblr. Even when using the dominant client, Google Reader, browsing RSS feeds is problematic and frustrating. Managing and filtering the overwhelming tsunami of information feels like a job, requiring care and time few of us enjoy. Google’s spartan design aesthetic doesn't help: Reader’s appearance shares more with a spreadsheet than a well-designed reading interface. The iPad app Flipboard, which I wrote about last week, is the anti-Reader, pulling shared news from Facebook and Twitter feeds into a slick magazine-style interface. But RSS isn't dead quite yet. Over the past year, Google has been quietly rolling out social features that are giving the platform a new lease on life.

Reader’s new features have gotten little coverage, since the company can apparently only effectively market one product at any given time. Even as a daily Google Reader user, I paid them little attention during their rollout. But over time, Reader’s social functionality has proven to be one of my most consistently useful news discovery tools.

The “People You Follow” feed, which displays items shared by your Google Contacts, has received the most press attention. Much of the implementation will be familiar to users of Facebook: you can comment, “like” items, and discuss shared items directly within the Reader interface. Unfortunately, like Google Buzz, the service is under-utilized: of my 70 Google Contacts, only 6-7 of them share RSS items on a regular basis. The result is a shared feed from a very selected group of contacts, and ten posts a day isn’t enough to effectively rival popular news discovery sources like Twitter.

Google Reader's “explore” feed has proven to be a more effective discovery tool. It displays the most-shared items on Reader, filtered by the user’s interests. Reader determines which popular items are relevant to you by analyzing the types of feeds you’re already subscribed to. It’s shockingly effective: I’m often unsettled by how well Google’s algorithms determine my tastes and interests. The “explore” feed may be the most effective news discovery service you’ve never used. 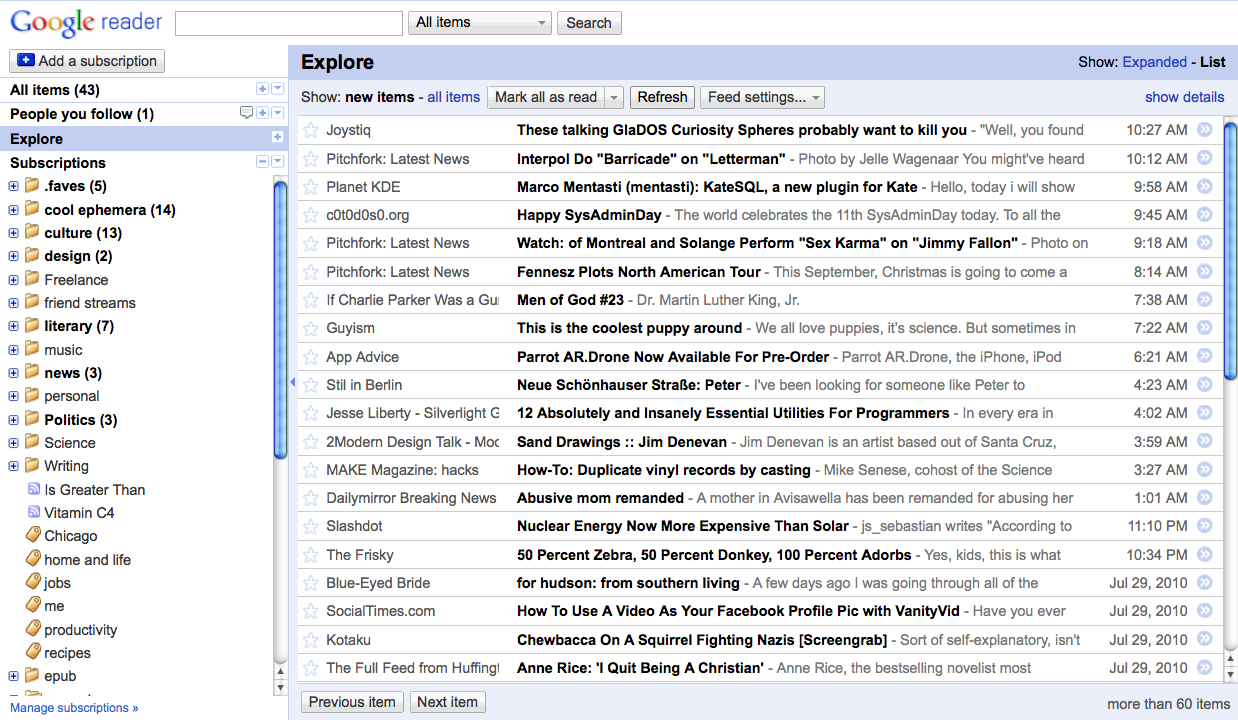 The system does have its issues: at times, it will serve up many posts from a small handful of sources. Some days, half the feed is filled with posts from large sites like Slate or Boing Boing, which doesn’t really constitute “discovery”: I’m certainly familiar with such major sites and would already be subscribing to them if I wanted to. (This issue poses a fascinating question about social news: are these sources over-represented due to the a glitch in Reader’s system, or is the system simply reflecting that the majority of its users are reading and sharing from the same small handful of sources?)

Regardless, even when the system goes into overdrive and displays the last 30 columns from Slate or an endless list of Youtube cat videos, there are still fascinating discoveries that I don’t appear in any of the other social news sources that I use. Being iterative changes, Reader's social features have received little fanfare, but they may end up proving more revolutionary and innovative than high-profile launches services like Flipboard in the long run. They may offer the most accurate preview of how we will share and curate news for one another in years to come.