Giving Makes the World Go Round - Shareable
Skip to content 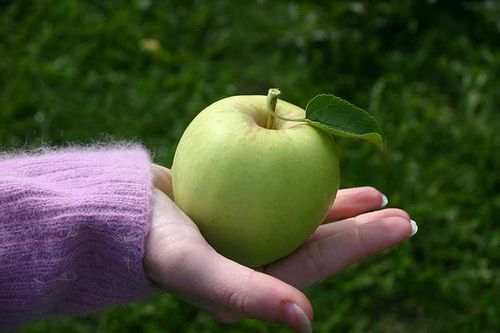 “If we bestow a gift or favor and expect a return for it, it is not a gift but a trade.”
— Author unknown

My mother remembers her utter astonishment when I asked her, at five: “Why do we need money to get groceries? Why can’t everyone get what they need and go home?” Neither then nor since has anyone given me a satisfying response. The discipline of economics has always bewildered me, even when I learned how to manipulate the numbers with ease.

Now I know why. Economics is usually defined as the study of the allocation of scarce resources. It never made sense to me because I don’t subscribe to the premise of scarcity.

The dream of a moneyless society is still with me. Understanding the depth of commitment to scarcity and separation that permeates our current exchange-based capitalist economy just accentuated my profound ache and longing to live in that world. To sustain faith, I have painstakingly been collecting examples of existing gift-based systems, some of which I share further below.

In 2002 I co-founded Bay Area Nonviolent Communication. We live and share the consciousness and practices of Nonviolent Communication to support the creation of a world where everyone’s needs matter. I have been continually pushing the envelope towards gifting in how we handle money. For example, we often invite people to uncouple what money they give to us from any sense of “value” or “payment” and to base their choice on their desire to contribute to what we do in the world.

This has been challenging. For example, some people attend a workshop of ours without paying and then pay to attend someone else’s workshop who isn’t as flexible. Islands of generosity and trust are difficult to maintain within a commodified exchange-based society.

Difficult, and not impossible. As seed for the dream of a global moneyless, needs-based gift economy, I founded the Consciousness Transformation Community as a home for people who want to embrace and share the consciousness of nonviolence as described by seventeen core commitments. Everyone who joins is welcome to attend all the group calls, participate in an interactive website, receive empathic support when challenged, and gain access to significant amounts of teaching materials. All without any limit, whether or not they contribute anything.

The administration of the group is done on a volunteer basis. In addition, people are asked to contribute financially, so that I, and over time hopefully others who are holding roles within the community, can be supported in doing our work.

Financially, this experiment is only partially successful. I am definitely disappointed in terms of my economic sustainability, but nonetheless I won’t change the terms. After millennia of mistrust and separation, true generosity may not be possible until people experience receiving without giving. I am happy to feed people’s bank of generosity by making it possible for them to participate without giving anything. I am planting a seed for a possible gift economy of the future.

The experiment has been wildly successful in the area of operating of the community. Whenever something needs to happen, someone will step up to do it. This includes technical support for our calls and the interactive website; administrative support and communication; welcoming new members; and anything else that arises. All of our decisions are made collaboratively by anyone and everyone who wants to participate. As I have suspected for years, when people trust that their needs matter, only few become actively interested in the responsibility of putting in the time to participate in meetings and work out differences to reach decisions with which everyone is truly willing to live. This is what we have done, and it simply works. This ongoing experiment is amazing nourishment for my soul and feeds my faith that this can happen worldwide. 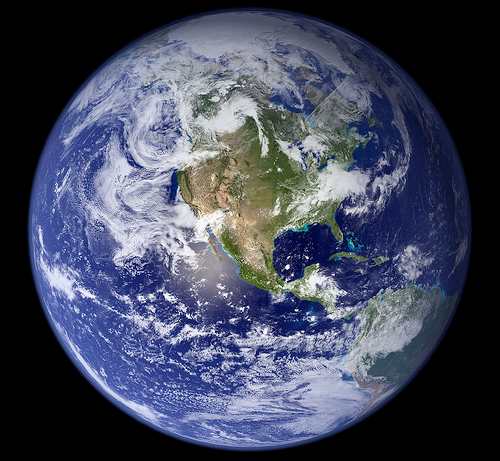 The economic structure I envision is neither purely local, nor market based, nor centrally planned. Instead, I see a system that is distributed and coordinated. Whatever can be decided and handled locally is, and everything else is communicated and coordinated by matching up requests and offers at the lowest level possible. Sophisticated systems rely on direct input from all who participate to support resource flow from where it exists to where it’s needed. For example, all transportation can be coordinated in real time, without the use of private vehicles, by an ongoing stream of input about where people are and where they need to go [2].

The implications of this vision are far-reaching. While money is incredibly efficient for coordinating supply and demand, it’s extraordinarily unfit for addressing needs with care: whoever has the money gets the goods or services whether or not their need is significant. Needs per se do not have power in our current models. This is true both in monopoly capitalism and in a pure market economy based on small producers and small consumers [3].

None of the attempts to remedy this flaw have reached significant success. Local currencies are only mitigating the issue by removing the overwhelming power of large corporations. Goods and services still go to those with money. Market regulation and universal access to basic services, the Western European approach, is not resilient enough to handle periods of shrinking economies. Under central planning, the model used in Communist countries, food, shelter, health, and education were usually available to all without any conditions. However, central planning has proven to be highly ineffective at forecasting and has often resulted in extreme inefficiencies and waste. In addition, the level of political coercion and personal lack of choice around consumption was unsustainable for enough people that it crumbled.

Ultimately, I don’t see any way to meet human needs efficiently and with care without eliminating money, and even exchange-based relationships, altogether. I am deeply indebted to Marx’s insight that our material conditions affect what we can envision. I don’t believe that this vision could have been fully articulated before the establishment of the internet as a distributed and coordinated infrastructure. I am also profoundly inspired and awed by the capacity of some thinkers to imagine a distributed and coordinated system even before the technology was invented. In particular, Ivan Illich proposed a model strikingly similar to what I present here to transform curriculum-based education into a system for matching up what people at any age want to learn with resources and with people who want to share information. [4]

Lack of imagination is undoubtedly part of why eliminating money hasn’t yet been on the agenda.

Another significant implication of this vision is a transformation in key assumptions made by economic theory such that it will no longer see itself as dealing primarily with scarce resources and maximizing self-interest. Clearly, when resources are perceived to be scarce, or made to be scarce, or are truly scarce, mechanisms for adjudicating who will have access to resources are necessary. If the assumption is made that resources are mostly scarce, then placing money as mediator is enormously convenient because it renders the decision impersonal. For example, many medical services which are not available to everyone are allocated based on money. A proposal in Oregon to create need-based criteria for allocating these services was canned and deemed unfair. In this as in other instances, the money-based solution appeals because some can preserve the illusion that there is no systematic exclusion while others are unable to support their basic needs.

Beyond technological infrastructure and imagination, we would also need to regain our ancient trust in the power of nature to provide. When resources become truly scarce, dialogue based on connecting with needs can provide a different path to making the tough choices. 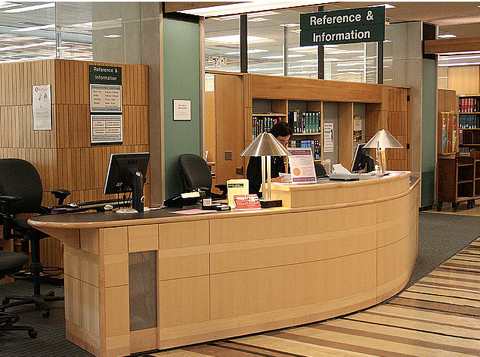 Snapshots of the Future

Knowing how far we are from such a globally coordinated system, I continually look for examples of gift economies already operating so I can sustain and expand the solidity of my faith in this possibility.

I am less interested in hunter gatherer societies that still have gift economies than in examples within the existing modern capitalist economy. Here are a few. I invite anyone who has other examples to share them with me to increase all of our faiths.

There’s no telling how we can get from where we are to a future that works for everyone. No one could have predicted the collapse of the Soviet Union or the uprisings in the Middle East even a few months before they happened. However few are the signs that collective action of that kind is even remotely possible in the USA, we don’t know what will happen. Whatever else is true, I have a deep intuitive sense that building, strengthening, deepening, and expanding our micro-experiments in gift economies are a vital and essential aspect of moving us closer to realizing the dream. I call on all of us, individuals, groups, organizations, and communities, to increase our capacity to act with generosity and to seed the future we all want.

[1] This section of the article is an excerpt from a manuscript in which I describe in detail the vision of a possible world I allude to here, including fictional stories that provide vivid examples of how some thorny issues can be addressed.

[2] It’s impossible to describe in a short article the rich practical details of how this can work.

[3] The latter form is the one on which Adam Smith based his theories. The conditions for effective market economy that he designed fall apart when consolidation of production happens. In other words, technically speaking monopoly capitalism is not a market economy. For a full discussion of this perspective look at David Korten’s The Post-Corporate World: Life After Capitalism.

Miki Kashtan, PhD, is a co-founder of Bay Area Nonviolent Communication, one of the largest NVC organizations in the world. She is inspired by the role of visionary leadership

Miki Kashtan, PhD, is a co-founder of Bay Area Nonviolent Communication, one of the largest NVC organizations in the world. She is inspired by the role of visionary leadership in shaping a livable future, and works toward the vision of a world where everyone's needs matter by sharing the principles and practices of Nonviolent Communication through mediation, meeting facilitation, coaching, consulting, and training for organizations and for committed individuals. Miki hosts the Conflict Hotline TV show, and blogs at the Fearless Heart and on Psychology Today. She holds a Ph.D. in sociology from UC Berkeley, and her articles have appeared in Tikkun magazine, Communities magazine, and Encounter: Education for Meaning and Social Justice.