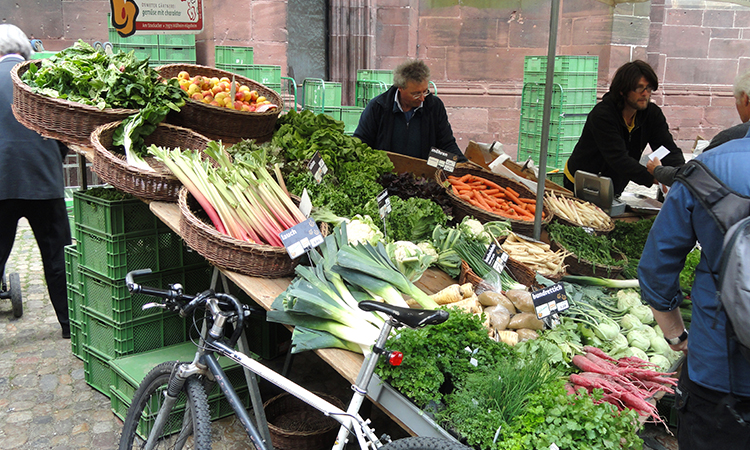 Here's how one organization is working on the problem: A corporation called "Regionalwert AG" (Regional Value Inc., or RWAG) was formed in Freiburg, Germany, to funnel the investments of urban residents to buy shares in sustainable agricultural and food businesses in the region. This way, concerned urban consumers, farmers, food processors, and retailers share the responsibility and the benefits of investing in sustainable food production within the region.

This corporation has some special features. It uses social and ecological selection criteria as to which businesses it will support. While the businesses remain independent and make their own entrepreneurial decisions, the approval of RWAG as an investor/ shareholder of the partner business is required for certain business transactions.

RWAG facilitates regular meetings among business managers to promote the establishment of relationships that enable equitable sharing of the economic benefits and risks. Annual reports include not only the financial results, but also the ecological and social benefits obtained. Investors do not simply obtain a financial return, but are also called on to contribute their knowledge to the vitality of the businesses in which they have invested. Shareholders have voting rights proportional to the shares they own, but no person may have more than 20 percent of the voting rights. Shares are issued to a named person, who can sell the shares to another named person only with the permission of the board. This rule ensures that most shareholders keep their shares for a long-term and can also prevent concentration of ownership among a few persons.

Header image of a vegetable market in Germany provided by Daderot