Genuine Heirlooms Are Seeds with Stories - Shareable
Skip to content 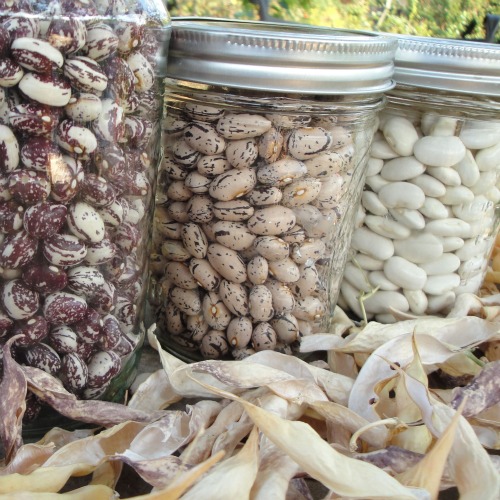 Genuinely heirloom seeds are seeds with stories. They were passed down through generations of families and communities. Typically, they traveled long distances with immigrants to new lands as cherished food plants. These traditional sources of food were a comfort, and beyond that, a necessity. In our urban supermarket and fast-food culture it’s easy to forget that at one time families relied on what they could grow, and the crops they grew were a rainbow of diversity.

What happens to these unique varieties of edibles when there is no one to grow them and pass seeds on to the next generation? Extinction. Many have already been lost, but there are heroic efforts underway to save as many as possible, along with their stories.

A Cucumber Lost, Then Found

For example, I love the story of the Collier Cucumber, named after a family who began growing it in about 1910, after being given seeds by traveling gypsies. Seed sleuth Sara Straate, was able to collect information through interviews with the Collier children. Straate, who is a Seed Historian with Seed Savers Exchange (SSE), learned that in the 1950’s the parents had planted all of the seeds they had. As fate (and weather) would have it, the entire crop failed. The family was crushed to have lost this much-loved cucumber, which they ate fresh and pickled. Remarkably, a single plant came up the next year from a seed that survived in the ground. The father diligently protected it and was able to save the variety.

Saving Our Stories Through the CORE Project

Through an ambitious project called CORE, the Collection Origins Research Effort, Seed Savers Exchange (SSE), the largest seed saving organization in the United States, is gathering, verifying, and filling in the gaps in the stories behind the thousands of heirloom seeds that they are entrusted with safekeeping. Many of the seeds they have received are accompanied by background information, but it is often incomplete or consists of letters that are difficult to decipher. It’s Straate’s job to follow up on any gaps or inconsistencies in their records and attempt to reconnect with donors who have ties to and memories of these seeds.

[image_1_big]A Special Speckled Lima Get its Name Back

Sometimes the historical information on file is handwritten and leads to misinterpretation. SSE has in their collection a 'Grandma Storrt's Speckled’ lima. This is a lima bean that SSE received as a donation in 1989 from a 70 year-old woman in California who was afraid it would be lost (it wasn’t growing well there). The lima had been cultivated by her family in Missouri since the 1800’s. It had been a reliable and hardy source of food, even when all else dried up in the garden. Misinterpretation of her letter led to the name Storrt's. Straate was able to confirm that the proper name is 'Grandma Stout's Speckled’ lima by recruiting the help of the Historical Society in Johnson County, Missouri, to aid in tracing the family.

As Straate tells it in an email message:

“Not only did the historical society correct the name of the lima bean itself, but their research helped identify the family members who had been stewards of the lima for over 120 years.”

My own fascination with growing and eating heirlooms led me to join SSE’s Member Grower Evaluation Network (M-GEN). I’m currently growing ‘Three Heart’ lettuce to provide cultivation data to the organization, which relies on member participation. I admit that it appeals to my romantic nature, and as a gardener, the opportunity to grow a rare, special variety is too enticing to pass up.

I found the story of “my” lettuce poignant:

“Three Heart’ was donated to Seed Savers Exchange in 2005 by Steve and Anna Marie Stoller of Indiana. In communication with SSE, Steve tells the story of how he received seeds of ‘Three Heart’ in 2003 from Amelia Scharlach Schini, a resident of a local nursing home. Amelia indicated a family member brought ‘Three Heart’ with them when they immigrated to the United States from Alsace-Lorraine (Germany/Switzerland) in the 1880s."

‘Three Heart’ is still grown today by a few members of the older generation of the Apostolic Christian Church, a small denomination of under 100 congregations worldwide."

SSE has long recognized that the stories that accompany these seeds are precious historical gems, as well as important for understanding the food plants themselves (cultivation requirements, uses, etc.). SSE co-founder Diane Ott Whealey chronicles this in her engaging book Gathering, the story of how she and her husband safeguarded not only heirloom seeds, but the accompanying tales that came with them. It’s been over 35 years since the founding of the organization and the collection now numbers in the thousands.

Straate will be busy for a very, very long time.

The expected outcomes of CORE are:

1. Improved quality of information associated with each variety in the collection, enabling better utilization of its biological and historical value.

2. An enhanced understanding of the practice of seed saving, including its cultural, familial, and agricultural implications.

3. Identification of varieties most in need of preservation and promotion.

Learn more about the CORE Project.

Protect seed sharing in the United States by signing Shareable's petition here. State governments around the country are regulating seed libraries out of existence. Please help us stop them!