From Spain’s 15-M Movement: The Charter for Democracy - Shareable
Skip to content 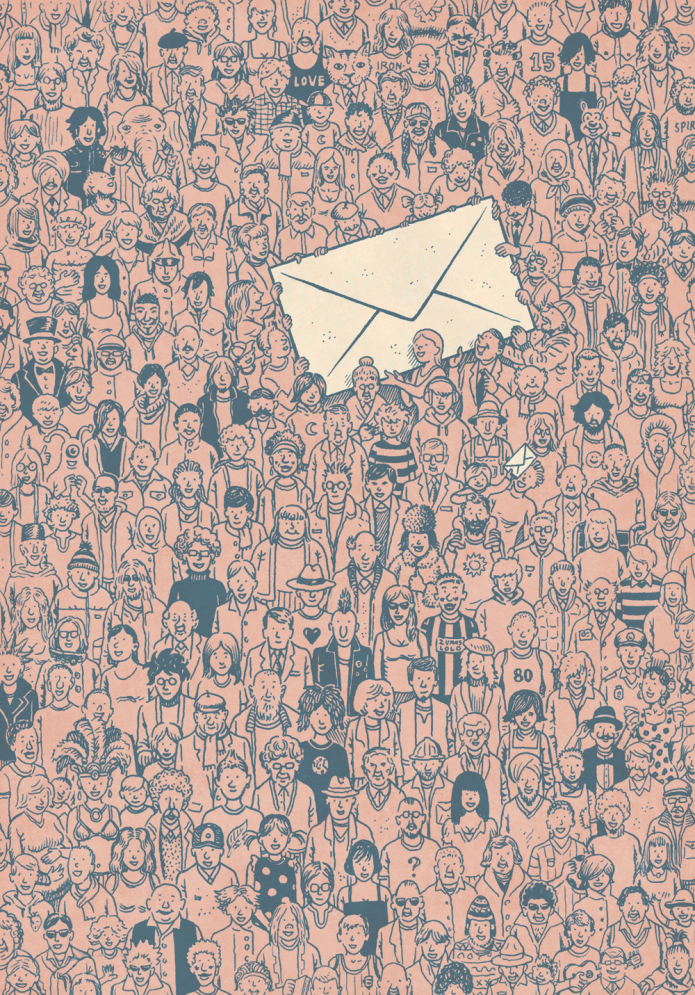 Stacco Troncoso and his colleagues at Guerrilla Translation in Madrid have completed an English translation of an important statement from Spain, “The Charter for Democracy,” which should be of great interest to small-d democrats throughout the world. He explains that “the group behind the piece, “Movimiento por la Democracia” (Movement for Democracy), is undoubtedly one of the most important evolutions of Spain’s 15-M movement. It clearly targets the political arena without desiring to become a political party itself. Their ‘Charter for Democracy’ is an inspiring, thorough text on what politics should be. It proposes a politics for the people: squarely grounded in environmental realities and social justice, based on the Commons, defended from corporate interests and neoliberal dictates.”

The Movement for Democracy introduces itself this way:

We emerged during the destruction of an economic and political model that, by its decadence, makes us poorer, excludes us, and exiles us from our own cities and towns…we are here to take democracy into our own hands, to defend against the constant threat of its systematic robbery…we are the Movement for Democracy and we came into being to say, “Yes we can!” a thousand times and more. And as we hold this to be true, that we actually can, we will challenge whoever tells us it’s impossible.

The Charter for Democracy is “a thoroughly detailed plan for the transformation of public policy and democratic representation, open for public challenge and participation,” said Troncoso, whose network of translators acted as “compilers and editors of a volunteer group-produced work” in making the English translation. A hearty thanks to translators Jaron Rowan, Jaime Palomera, Lucía Lara, Lotta, Diego, and Stacco Troncoso, with editing by Jane Loes Lipton. I love that the Charter is illustrated with some beautiful original illustrations by Clismón, one of which I include here. 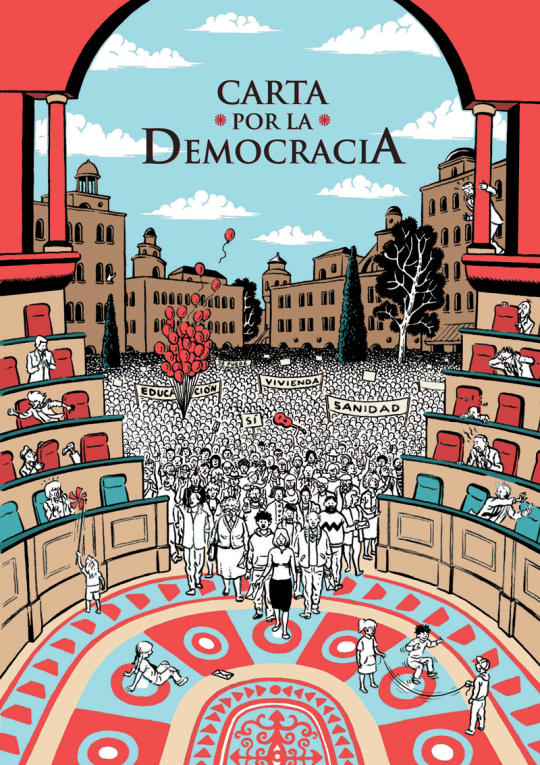 Here are the opening paragraphs of this inspiring document:

This Charter was born of a deep malaise: lack of prospects, mass unemployment, cuts in social rights and benefits, evictions, political and financial corruption, dismantling of public services. It was drafted in reaction to the social majority’s growing lack of confidence in the promises of a political system devoid of legitimacy and the ability to listen.

The two-party system, widespread corruption, the financial dictatorship imposed by austerity policies, and the destruction of public goods have dealt the final blow to a democracy long suffering from its own limits. These limits were already present in the 1978 Constitution. They can be summarized as a political framework that neither protects society from the concentration of power in the hands of the financial groups, nor from the consolidation of a non-representative political class. This political framework has established a system which is hardly open to citizen participation, and unable to construct a new system of collective rights for our protection and common development. This is evident in the fact that, despite some very significant public demonstrations, the demands of the vast majority of the population have repeatedly been ignored.

Faced with this institutional stonewalling and the growing separation between the rulers and the ruled, it seems there’s only one way out: a deep expansion of democracy based on citizen control over political and economic power. Surely, since what’s left of democracy is constantly shrinking and attempts at internal reform would only mean repeating the same mistakes, we must take a chance on changing the rules of the game – a democratic change, geared toward returning to society the effective decision-making ability over all which concerns it.

Chaos and dictatorship are not the only alternatives to the current democracy. A democracy created among all people is possible – a democracy not reduced to merely voting, but founded on participation, citizen control, and equal rights.

This Charter emerged from the desire to contribute to this process of democratization. In this sense, it contributes from a place of joy, from the energy of citizen mobilizations, from politics happening outside political parties, speaking in first person plural and trying to build a life worth living for everyone. No doubt the impetus is democracy itself. People have the ability to invent other forms of governing themselves and living together. This text was created with the assurance that today’s struggles are the basis of the coming democracy.

In essence, this Charter calls for opening a new process of debate, leading to a political and economic restructuring to guarantee life, dignity, and democracy. It’s presented here as a contribution towards establishing a new social contract, a process of democratic reform in which the people — the “anyones”— are the true protagonists.

It’s time for the citizens to appropriate public institutions and resources, in order to ensure their defense, control, and fair distribution. In the public squares and networks, we’ve learned something simple and conclusive which will forever change our way of being in the world. We’ve learned that yes, we can.

You can read the whole Charter here. May it help bring into great focus and collaboration the many forces struggling to bring about democratic renewal.