From Consumers to Citizens: Welcome to the Sharing Cities Network - Shareable
Skip to content 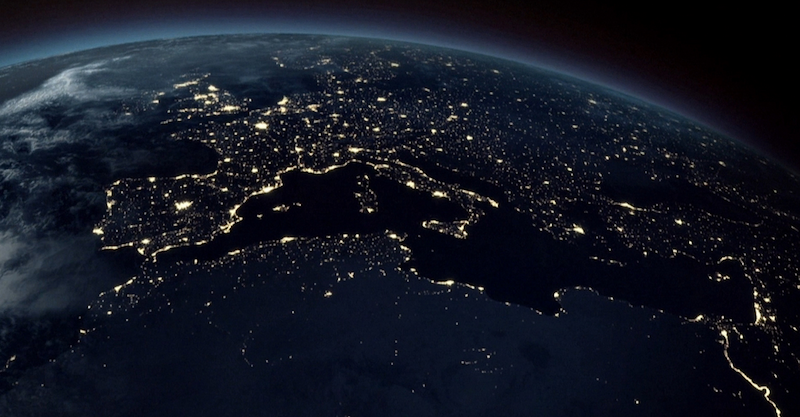 Imagine being able to tap into the sharing movement in hundreds or even thousands of cities around the world. This is the vision for the Sharing Cities Network, a grassroots network to mobilize, inspire and connect people.

The Sharing Cities Network will be a valuable resource for individuals, groups, organizations and even city leaders to learn more about the collaborative economy and how to get involved with it. The network will be facilitated by Shareable but it will be decentralized, independent and created by participants.

Shareable asked some of the core supporters of the Sharing Cities Network to share their thoughts on why the network is important, how they see it affecting their own work and what their big picture vision is for it. Here’s what we found:

Shareable: Why is the creation of the Sharing Cities Network important to you?

Sara Horowitz, founder of Freelancers Union: People are working and consuming and living their lives in very different ways. The 250,000 members of Freelancers Union — and the 42 million freelancers across the country — are leading the way. They’re bartering services with each other. They’re forming cooperatives to keep costs down. They’re redefining what it means to live a successful, fulfilled life. The Sharing Cities Network is an important step to make sure our laws and regulations and innovations keep up with the way the new workforce really lives.

Darren Sharp, managing director of Social Surplus and editor of Shareable’s Australia channel: The Sharing Cities Network is important because it builds a global coalition of cities that can demonstrate how the sharing economy creates thriving communities and strengthens the commons.

Ryan Gourley, founding director of A2Share: Through the sharing of resources, support, and best practices, it offers a unique opportunity to scale up each city's on-the-ground efforts. A great idea that initially may have never made it beyond the city limits now has the potential to impact far more people the world over.

Tom Llewellyn, founder of Share Asheville: Knowledge is power. The better we communicate and understand one another and exchange information and ideas, the greater equality we will achieve. The concept that local projects truly serving their community will be developed and supported within a national and international context is an important step toward moving away from the "take-make-waste" paradigm and towards a locally driven economy and a regenerative culture. It is very important to me that as a society we begin to take steps in earnest to move away from a system that is no longer serving our citizens and our planet.

Shareable: How do you think the Sharing Cities Network will impact your work?

Sara Horowitz: There is so much great work happening all over the country. Our members are doing a lot of it — and can learn from what others are doing. The more connected we all are, the more we can build on each other’s successes.

Ryan Gourley: I started A2Share to connect participants in the Ann Arbor sharing economy with one another, and increase its visibility in the wider community — a Sharing City Network, if you will. I see the Sharing Cities Network as a level up from that. Participating in it is a natural step for us. It will allow us to do with other communities what we've done for one another — build solidarity through our combined efforts and shared resources.

Tom Llewellyn: As a local organizer in Asheville, NC promoting the sharing economy, I expect this network to lend me support and ideas. Best practices, tips, tricks and guidance from those who have had success with collaborative/sharing projects in the past will go a long way to support the creation of successful projects.

As a nationally traveling organizer, this new network will allow me to tap into projects and community who I wish to support wherever I am. The idea that cities all over the country will have a central hub for community resources of this kind is very exciting.

Sara Horowitz: Everything is changing. The old bargain — you work for a single employer for a long time in exchange for stability — is over. Freelancers are building a new bargain. They want freedom and connection, the time to follow their passions. Thirty years from now, that is how we will measure a truly successful life — how much you give back to the people around you.

Darren Sharp: My big picture vision is that sharing cities around the world can learn, adapt and create distributed solutions at any scale that are locally relevant but globally useful. Cities are important incubators for breakthrough solutions that require the ingenuity of people working together to create shared value. The sharing economy builds capacity for people and communities to participate in the co-creation of essential systems like food, energy, transport and governance.

The Sharing Cities Network is a bold initiative that gives cities the chance to shine and create innovative solutions to some of our biggest challenges like population growth, climate change and food security.

Ryan Gourley: My big picture vision for the Sharing Cities Network is that it grows from 100 cities, to 100,000 — that it snowballs into a Sharing Regions Network, then Sharing Nations, and finally a Sharing World. A globally networked sharing economy would be a whole new paradigm, a game-changer for humanity and the planet.

Tom Llewellyn: There are many possibilities and directions for the Sharing Cities Network to grow and be successful. One necessary thing for the growth of the sharing economy is good policy on the local level. There has been some amazing policy crafted and passed into law in the last 10-plus years and it is time to pull it all together so that we don't have to recreate the wheel to support front yard farm stands, bike shares, intersection repair and so much more.

Sharing cities will be an antidote to the lack of community and support which most cities currently promote. Through working together, sharing our consumption and supporting people, projects and causes which we believe in, we will transform our society from one of consumers to one of citizens.

Amplifying the Impact by Weaving the Sharing Movement Together

Sharon Ede, co-founder of the Post-Growth Institute and Yassi Eskandari-Qajar, the City Policies program director at the Sustainable Economies Law Center also weighed in on the importance of connecting and inspiring people around the world under the banner of sharing and collaboration.

Ede, who played a key role in the creation of Share N Save in South Australia, says that the sharing cities movement in her country was inspired and informed, in large part, by Shareable.

“If it was not for the work of all everyone at Shareable, the South Australian government's Share N Save project wouldn't have happened,” she says. “You began transmitting on a frequency, and I started listening. Your work absolutely built my sharing literacy and helped me to communicate it to others. Now we've got a state government actively funding a sharing program.”

Eskandari-Qajar points out that while the sharing economy can address cities' most urgent needs, sharing enterprises currently face a host of legal barriers. As they’ve identified many of these barriers and created policy recommendations to remove them, she says that the next natural step is to merge these policy opportunities with the growing interest in activism for sharing.

“I'm excited,” she says, “by the recent emergence of groups that are trying to do just that, including the Sharing Cities Network, which is a resource and knowledge connector between planners, policy makers, community organizations, and other stakeholders who want to realize a more just and resilient economy. Where better to begin than in our cities?”

If this resonates with you, please consider supporting Shareable. Please watch the two-minute video below & donate to our crowdfunder.