At the Clinton Global Initiative America event today, Freelancers Union founder and executive director Sara Horowitz unveiled a new national benefits platform for free agents. The program allows the 42 million freelancers across the U.S. to gain access to a slew of benefits they would not normally get that has been specifically vetted and curated by Freelancers Union:

Sharing the bill with President Bill Clinton, Horowitz emphasized that freelancers are the foundation of the country's economic future and, with access to benefits, they can get their work done with fewer worries about their economic future. “The era of big work is over,” Horowitz proclaimed, echoing Clinton’s 1996 State of the Union speech in which he said that the era of big government is over. Horowitz continued, “Freelancing’s the new normal. This new workforce needs support to live the independent, interconnected lives they want.” The 250,000-member strong Freelancers Union believes some 25,000 workers — out of the three million eligible — will utilize the new platform upon its launch. 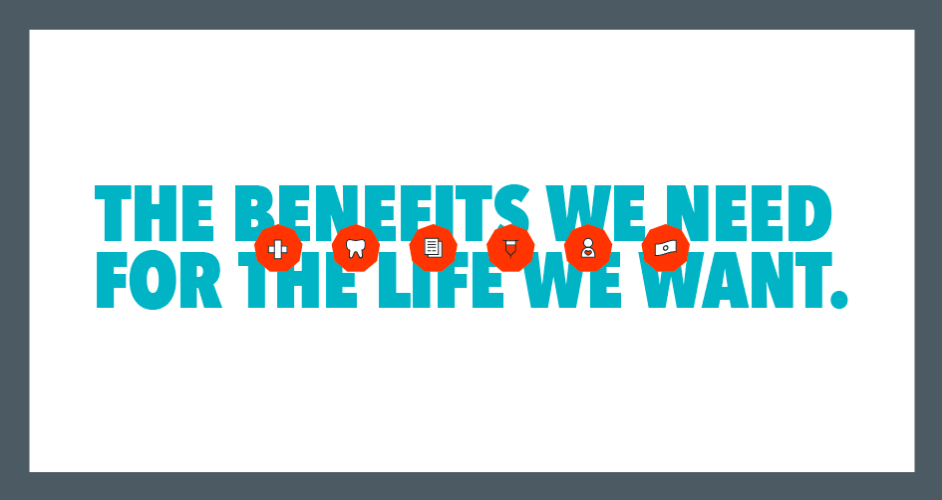 Freelancers Union has partnered with Elance-oDesk, Lyft, American Federation of Teachers, General Assembly, 1Worker1Vote.org, and B Lab to launch the initiative. Andrew Rasiej, Chairman of NY Tech Meetup, said of the new program, “The workers of tomorrow are already making the new economy. Freelancers Union’s exciting new benefits platform gives them the support they need to keep creating and innovating.”

Jay Coen Gilbert, Co-Founder of B Lab, added, “In this new economy, the truly successful businesses will be the ones that bring value to society, not just shareholders. That’s why Freelancers Union’s new national benefits platform is so exciting — they are building the critical infrastructure the new workforce needs to thrive and doing it in a sustainable way.”

When you don’t have to worry about the basics like benefits and security, you’re freed up to pursue the flexibility and fulfillment of the freelance life. Whether it’s planning for retirement, protecting your freelance business, or making sure you’ve got health insurance that works for you, the National Benefits Platform can help. (We will have curated health insurance plans available in all 50 states in time for this Fall’s national open enrollment period.)