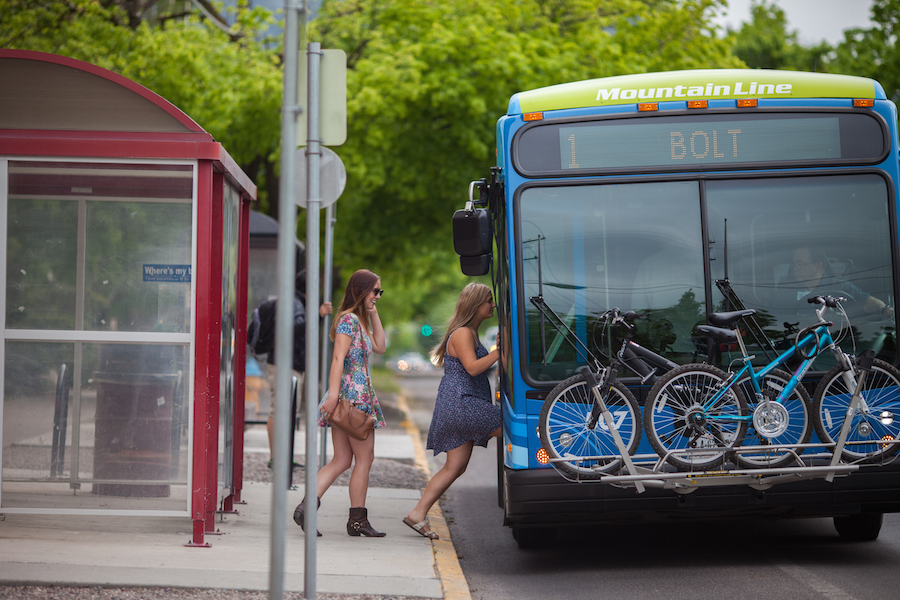 Article and images cross-posted from MobilityLab.org and written by Monique Wahba. Photos and graphic courtesy of Mountain Line and North Charleston.

In January, Missoula, Montana’s transit agency, Mountain Line, began a three-year, “zero-fare” demonstration project on its fixed-route and door-to-door services, meaning boarding passengers no longer pay to use the bus.

Implementing a zero-fare system was part of a larger transit improvement package that includes late-night service on its four most popular routes, increased frequency on key routes, and more door-to-door service to help senior and disabled residents.

The demonstration project costs $460,000 per year to operate. The University of Missoula and the city are its biggest funders, annually contributing $205,000 and $100,000, respectively. The balance is made up of 12 other community partners, including Missoula County, the metropolitan planning organization, hospitals and medical centers, public schools, the department for aging, downtown and parking associations, a shopping mall, and an affordable-housing provider.

According to a 2012 Transportation Research Board (TRB) report, Missoula is one of more than 35 communities in the United States that have implemented fare-free public transit systems. Mountain Line cites its inspiration as Corvallis, Oregon, where the Corvallis Transit System ridership grew by 37.9 percent in its first year of fare-less operation.

Mountain Line is aiming a bit higher. It serves just under one million bus riders each year and hopes to grow its ridership by 45 percent within three years. This would be an annual ridership increase of 400,000 or 1.4 million riders by the end of three years.

According to Bill Pfeiffer, Mountain Line’s community outreach coordinator, “In June 2015, just our 6th month of zero-fare service, we gave 50 percent more rides than in June of 2014. Before this February, Mountain Line had never broken the 100,000 ride barrier. We’ve broken 100,000 rides every month since, setting ridership records in every month of 2015. As of July 31st, overall ridership has already increased 26 percent from the previous year, and for the first time ever, our ridership increased during the summer months.” 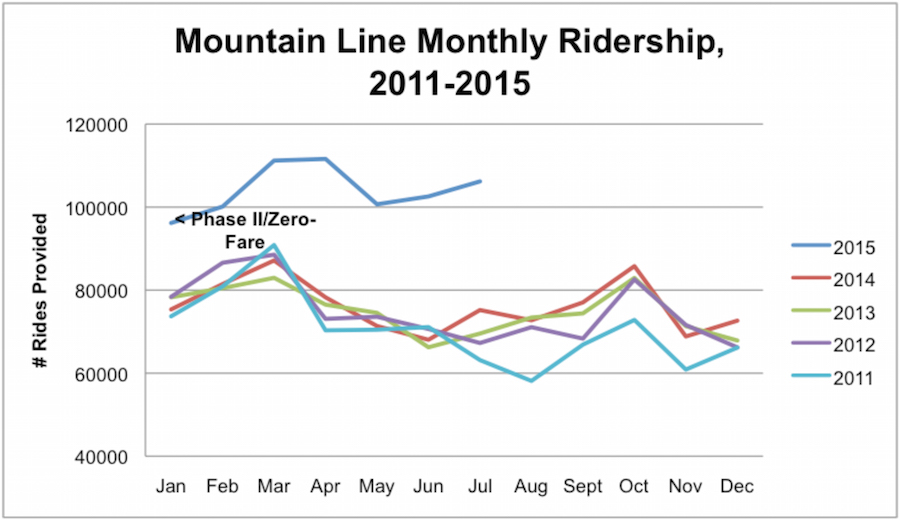 Overall, throughout the country, zero-fare systems have resulted in many benefits, including:

So with all these benefits, why don’t all transit agencies operate fare free? According to the TRB, fare-free public transit makes the most sense for systems in which the percentage of fare-box revenue-to-operating expenses is low. 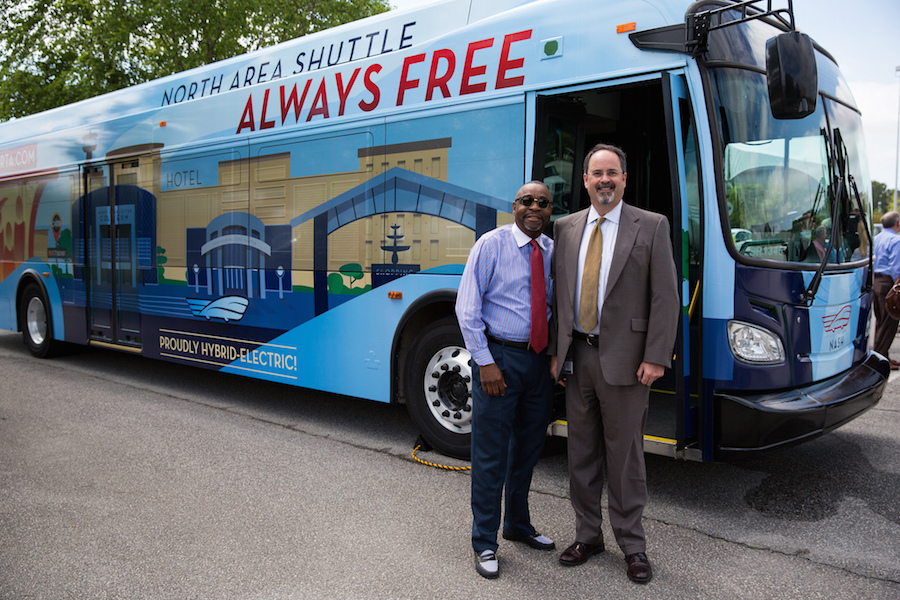 The TRB found that the three types of communities most likely to adopt a fare-free policy are:

Although a small number of public transit systems in larger urban areas experimented with offering some version of fare-free service over the years (from Denver, Colorado, in 1979 to San Francisco, California, in 2008), finding a source of funds to replace their substantial fare-box revenues proved too difficult. In fact, as of 2012, no public transit system in the United States with more than 100 buses offered fare-free service.

So fare-free transit systems clearly work in communities of the right size and type. Given the numerous benefits, it seems worthwhile for larger communities to explore or revisit the possibilities for going fare free in whole or at least in part.

So, for example, a city may find that going fare-free during the off-peak hours effectively attracts ridership during that time, increasing the productivity of the service and perhaps drawing riders to the peak hours as well.

Similarly, a community may want to experiment with fare-free service for a limited time — like a month — as a way to attract more riders in the long run. May is National Bike Month, so why can’t another month be National Transit Month? That could be a period to give fare-free a try.

Being from the Northeast, I would nominate one of the winter months, when people may not want to deal with the hassles of driving in the cold and snow.

In what ways do you think zero-fare systems would help or hurt public transportation’s overall good to society?

Author Monique Wahba Monique is a proponent of transportation equity, stemming from her work in transportation planning in Portland, Oregon, and in neighborhood revitalization in Albany, New York.

Mobility Lab communicates about “transportation demand management – moving people instead of just cars.” and provides research and development support to TDM programs in Arlington County, Virginia. Arlington has one of the largest TDM programs in the U.S. and removes 41,000 car trips from the region’s roads each work day. We seek to bring great TDM stories back to Arlington and Washington D.C. from all over the world, and to likewise bring our local stories to the rest of the world – ideally creating a shared voice for progress.