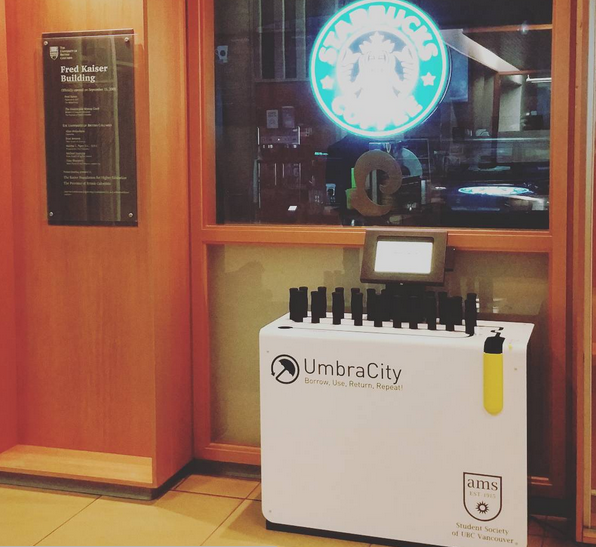 I, for one, never remember to carry an umbrella.

As a result, when I (inevitably) get stuck in the rain, I pop into a convenience store to buy the cheapest contraption of metal and nylon I can find to get me to my destination without getting soaked. Those cheap drugstore umbrellas rarely get more than one use–nor are they designed to. If I miraculously remember to grab one from the place at the bottom of my closet where they collect like dark carcasses, it will likely collapse before the day is out.

But what if you didn't have to own your own umbrella? An umbrella has all of the characteristics of a product ripe for the sharing economy: by definition, it's something many people need to use temporarily. If the sharing economy can maximize the life of bikes, cars, and tools, why not umbrellas? Doesn't it make sense to maximize the life of higher quality umbrellas instead of manufacturing scads of cheap ones destined for the landfill after just one or two uses?

Now two companies, one in Vancouver and one in New York, are bringing the sharing economy to the world of umbrellas.

Vancouver-based UmbraCity has created an umbrella-sharing service on the rainy campus of the University of British Columbia. The project launched in September of 2015. The system allows users to sign up with a credit card and email address. Umbrellas can be borrowed from kiosks located around campus and returned to other kiosks. If an umbrella is not returned within 48 hours, a $2/day fee kicks in, up to a maximum of $20. 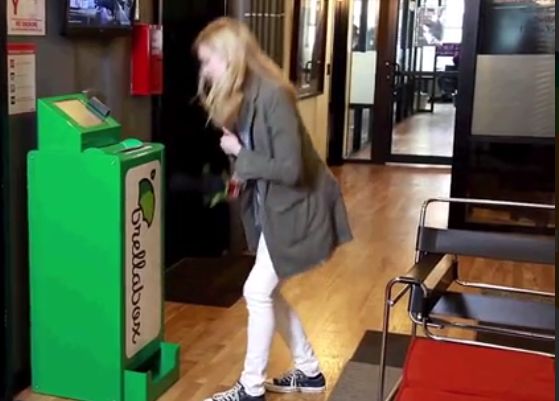 And New York City's 'brellaBox, which launched in 2014, allows users to rent a high-quality umbrella for $2.50 per hour or purchase one for $15. The company is claiming to be the world's first umbrella rental company. While 'brellaBox operates in campuses and municipalities, it is also available for businesses to sponsor a box.

Although the idea has the potential to cut into retail umbrella sales, clearly it wins points for eco-friendliness. And while it may not work for those who see the umbrella as a fashion accessory, it would definitely work for anyone who just doesn't want to get wet.