FoodCycle Prevents Food Waste and Builds Community, One Meal at a Time - Shareable
Skip to content 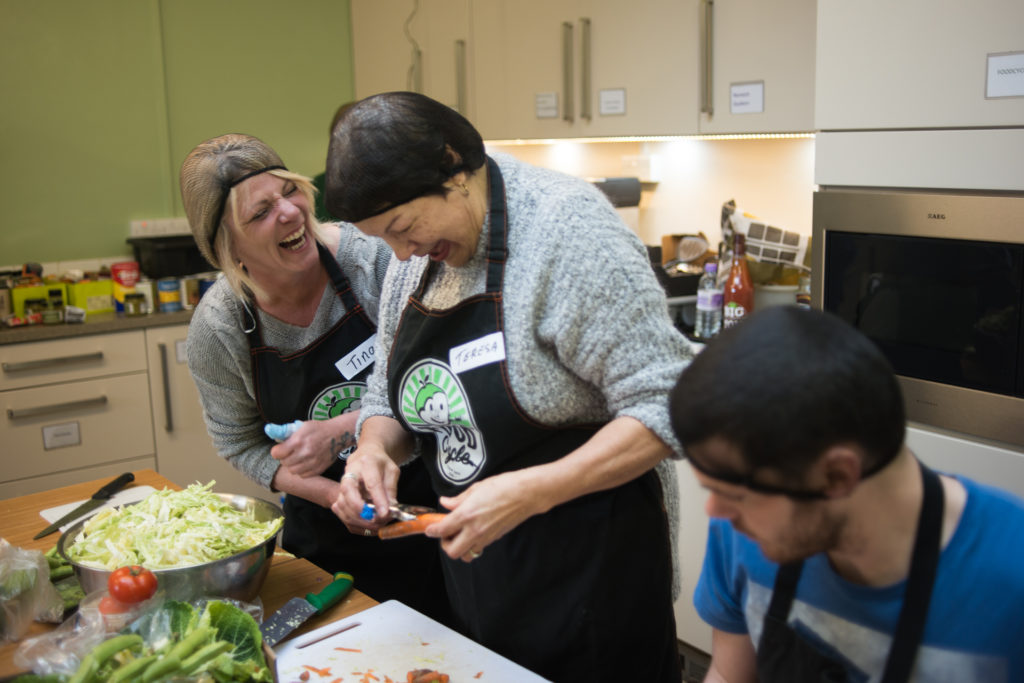 One-third of all food produced worldwide is wasted, according to the United Nations. The U.K. is no exception, with 15 million tons squandered each year. But while a proliferation of food waste apps hope to combat the problem through technology, FoodCycle is tackling it by serving up hot meals to those who need it — along with providing a place for diners to build community and face-to-face friendships.

Founded in 2008 by Canadian Kelvin Cheung (who was studying in London at the time), the nonprofit — which operates in 29 locations across the U.K. — dispatches volunteers to retrieve excess food from supermarkets, then cooks it up at a designated FoodCycle location (mostly housing associations, community centers and mental health social service organizations). Since anyone is welcome at the weekly dinners, people come to gather over conversation, not just the food.

Over its seven-year history, the organization has saved over 228 tons of surplus food and served 185,000 three-course meals, according to Clare Skelton, FoodCycle's communications manager.

Partnerships Manager Sarah Servante spoke to Shareable about how the group is aiming to make a difference one meal at a time.

Kristine Wong: What are you trying to accomplish?

Sarah Servante: FoodCycle wants to reduce food waste because the amount wasted every day is insane. We also want to reduce food poverty and we work really hard to raise awareness that these two things exist simultaneously and are a solution to each other.

The draw for a lot of people who come into FoodCycle is cooking and doing something about food waste. But it's also about building communities. And in doing so it's helping people reduce social isolation. It's not just about feeding them a meal, it's about feeding them company and remembering their name and sitting and talking to them… that's just as important as the meal itself. 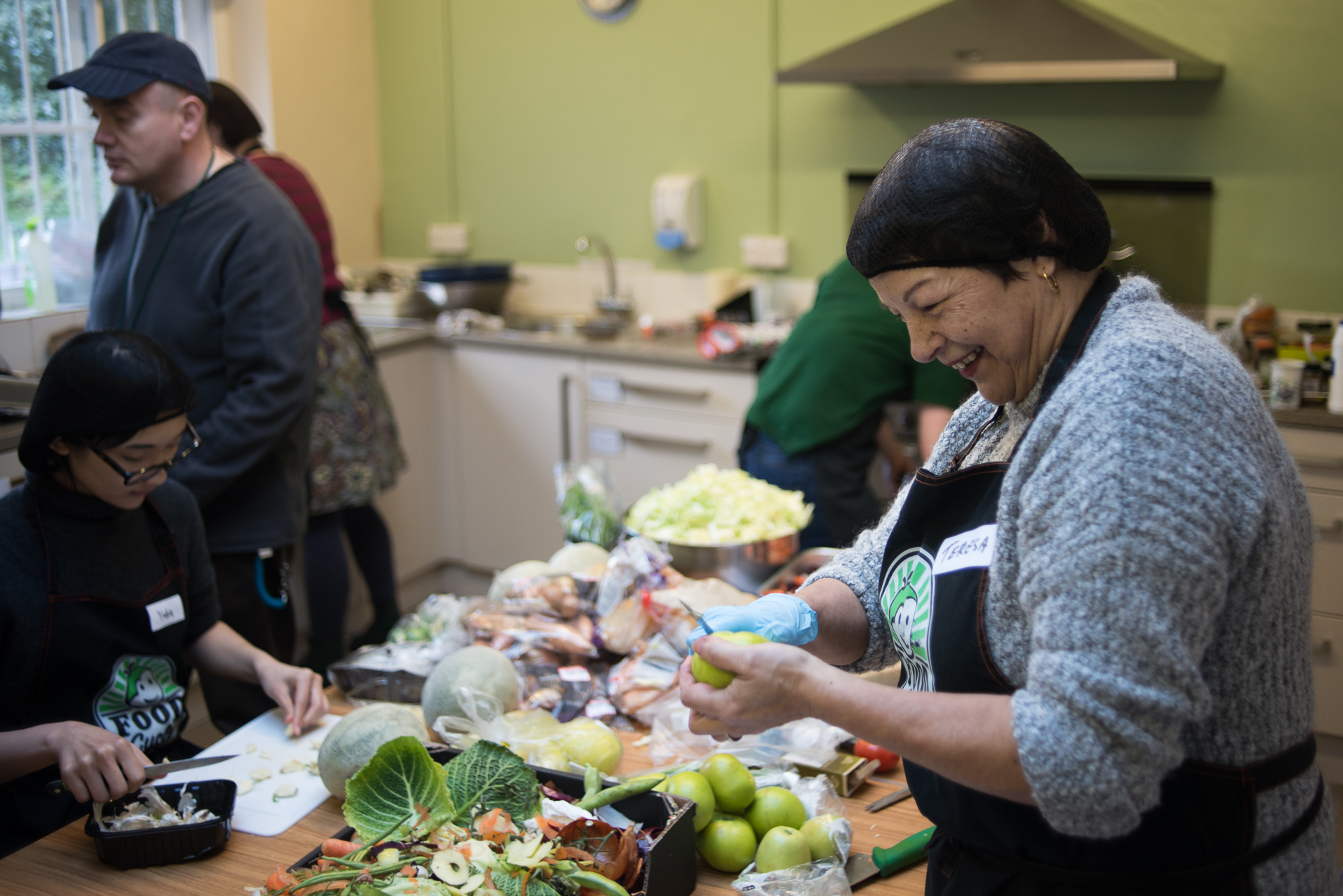 We're working on increasing our reach around the county and we'd like to continue to improve the experience for our guests. And we want to make sure we're still learning from different FoodCycle locations. For example, in Sheffield, there's flowers on the table and our volunteer Denise helps people sign in at a guest register. We might want to replicate that. We also want to develop our volunteers to take on more responsibility — for example, learning how to become a lead volunteer.

Where do you get your food?

We have partnerships with supermarkets where our volunteers pick up food from them once a week [on same day they cook the dinner]. One supermarket can easily have 300 kilograms [661 pounds] of food a day for us. The food we receive the most is bread, vegetables, fruit, and milk. There's yogurt and pasta too. My job is to make sure that each FoodCycle location — which we call hubs — can get food from a supermarket that's ideally within walking distance so we have a minimal impact on the environment. 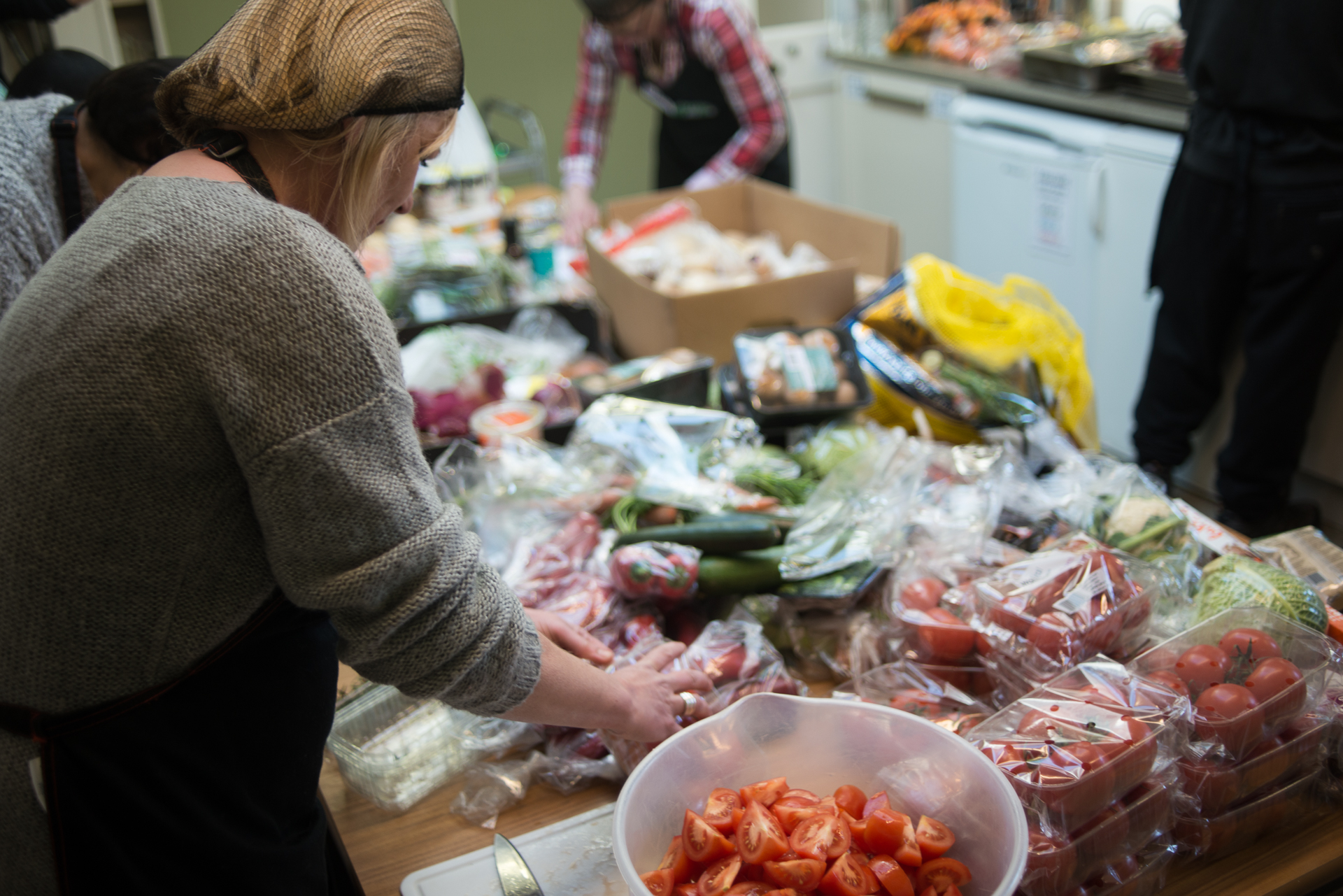 They'll bring it back in a shopping cart. Others will haul it back on their bike trailers. We get food from all the big supermarkets: Tesco, Sainsbury's, ASDA, Morrisons, Marks & Spencer, and Waitrose. Each hub has at least one supermarket they work with, but some have two. We also get food from dozens more suppliers, but we don't collect food from manufacturers or wholesalers as we don’t have room to store the food they want to give us — such as the tens of thousands of cans of seitan protein we were offered once. 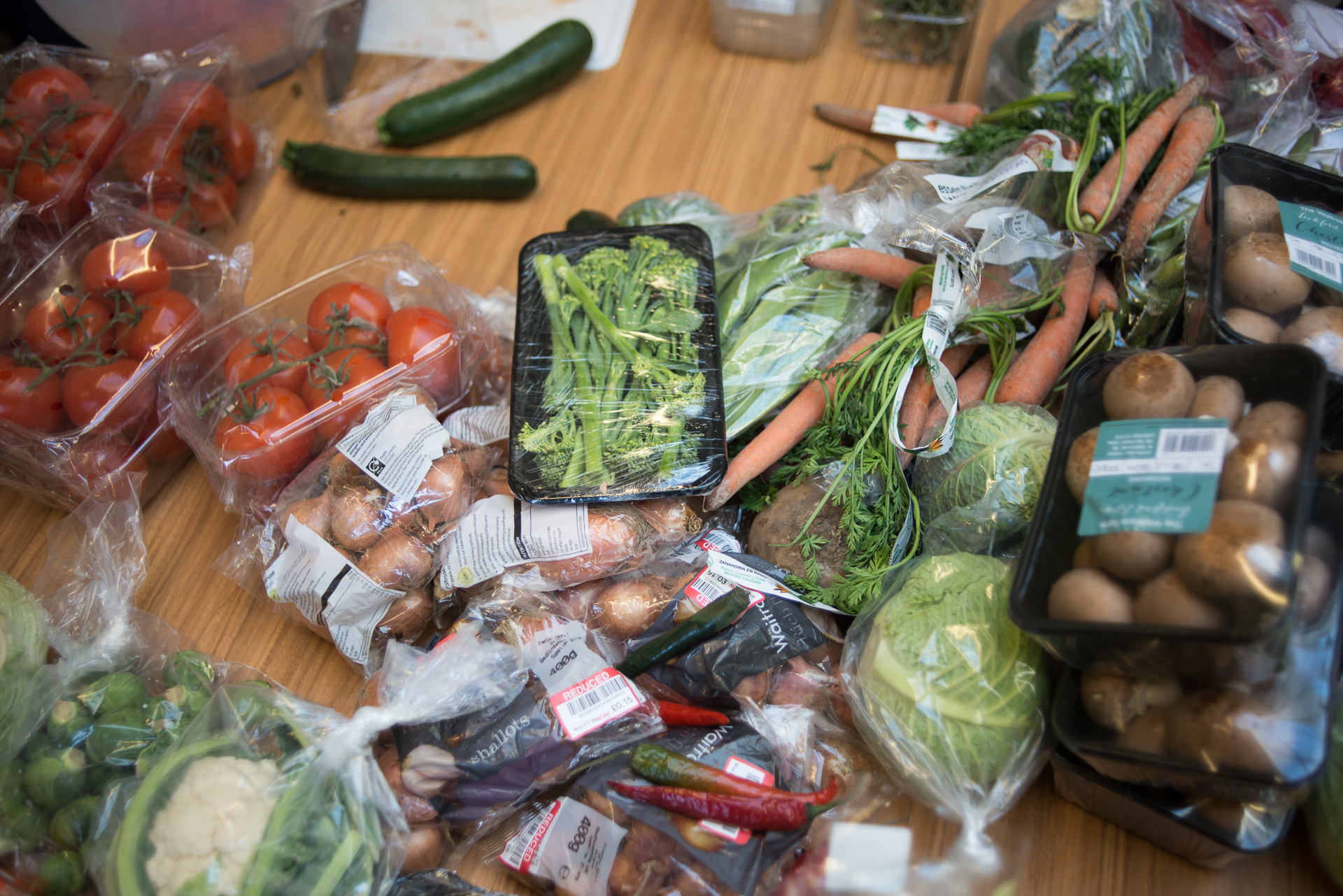 How do the FoodCycle hubs operate?

FoodCycle hubs are run by volunteers in two different ways. One is the franchise model and the other is the direct delivery model. In the franchise model — which was proposed in 2013 by the Centre for Social Franchising — we work with a partner organization that hosts the dinners. They have on staff someone who is in charge of recruitment, volunteer support and marketing. In the direct delivery model, our staff members at FoodCycle headquarters in London give them that support. 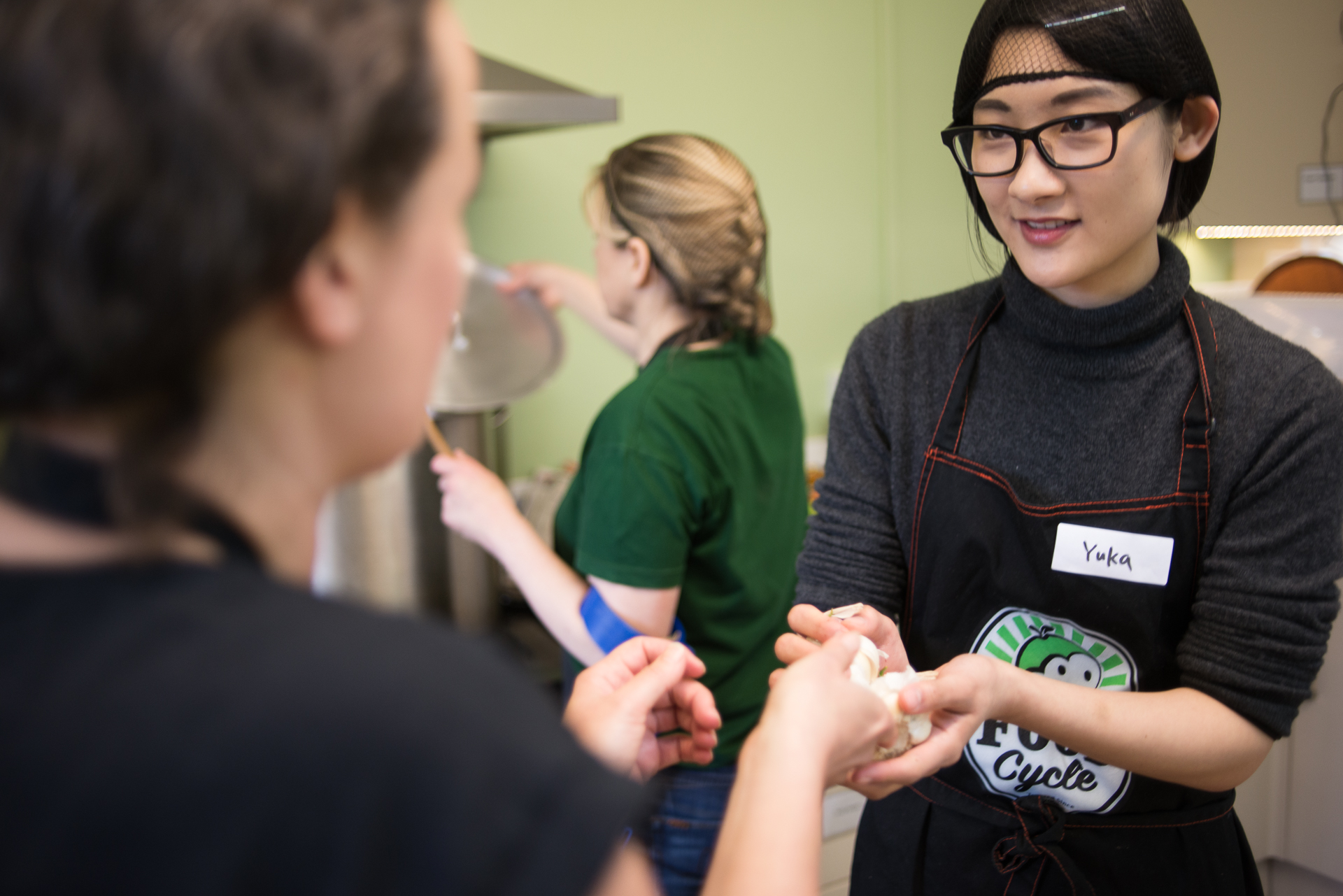 Both models have volunteers where people participate at different levels — some come once and some volunteer every week. We do pay for our volunteers' expenses. In addition to picking up the food, they also cook, shape the social media for their hub, organize events and do fundraising. In return they develop experience in these areas. That's helped some of them with getting jobs.

Each hub works independently but they all come together about twice a year for FoodCycle conferences as well as continued sharing online.

Tell me about the kind of impact you've had.

We saved over 59 tons of surplus food last year. We can track how much excess food we collect because we have our volunteers weigh it with luggage scales when they pick it up.

We also served 37,000 meals in the same time period. But that is a conservative number, because we do have leftover cooked food at each meal that we give to guests in Tupperware. We also give them fresh bread and fruits and vegetables as well. 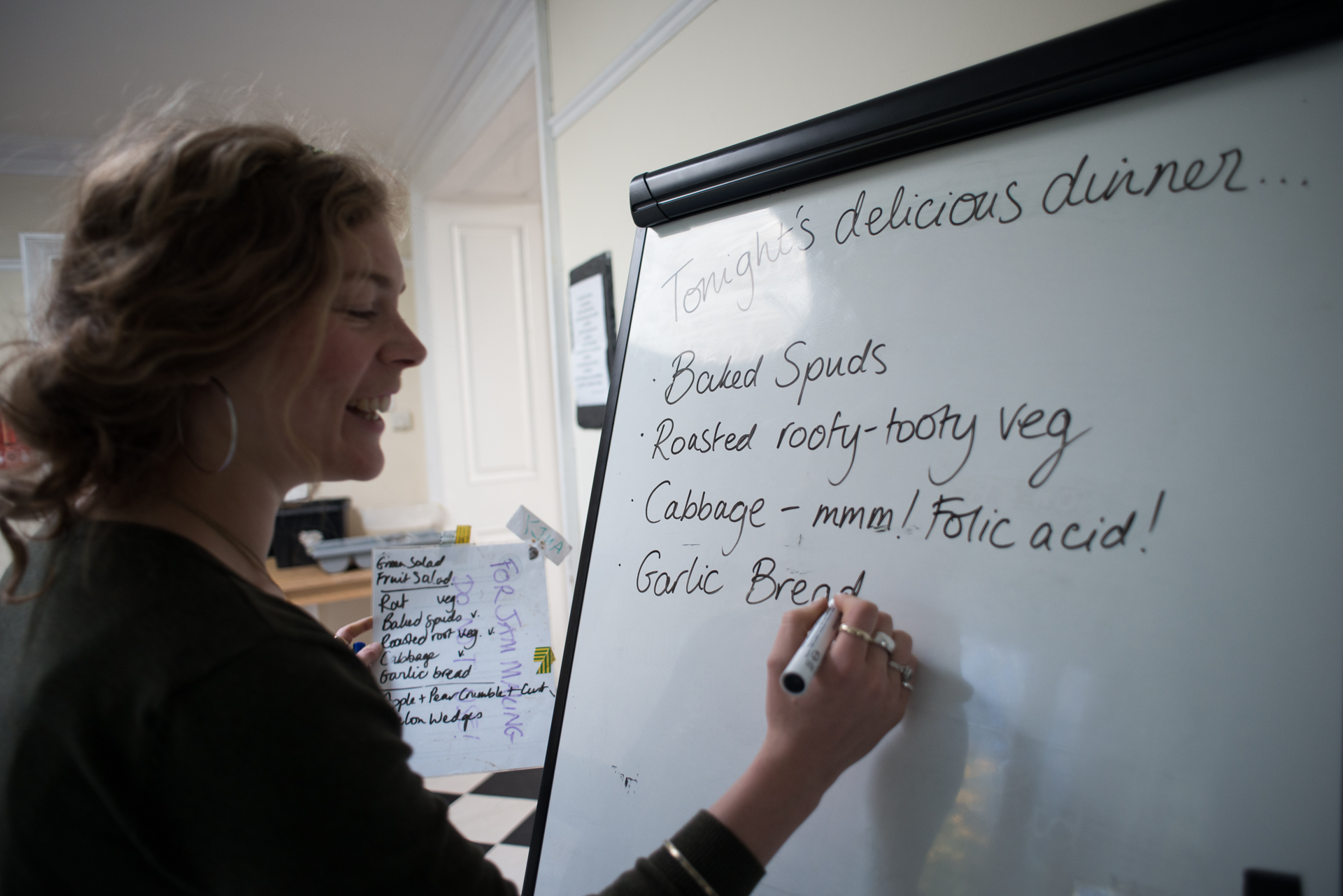 On average, 34 people are served at each meal. The number of people who come in for dinner at each place varies — it has been anywhere from 12 people in Durham to 80 in Peterborough. We serve more people for dinner in areas that have greater need. Right now, we are doing a trial run in Bristol to see how it does with serving dinner two times a week.

Last year, our volunteers gave 29,000 hours their time and 1,800 new volunteers signed up. 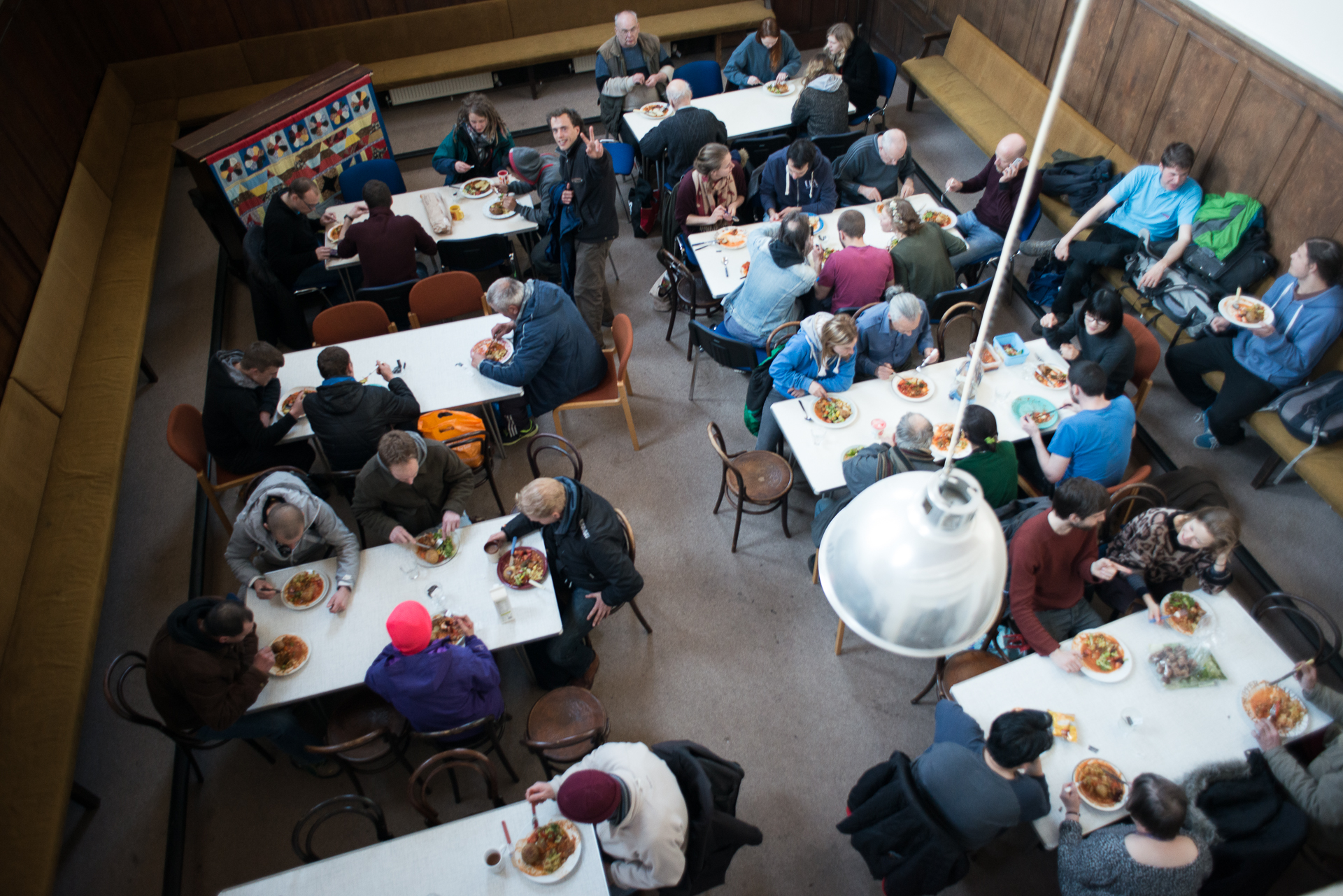 How is it governed, and where do you get your funding?

We are a charity that receives funding from large and small grant-makers, corporate partners and individual supporters. We have a board of trustees, a chief executive, a head office team of nine, and over 12,000 volunteers who have made this all possible. 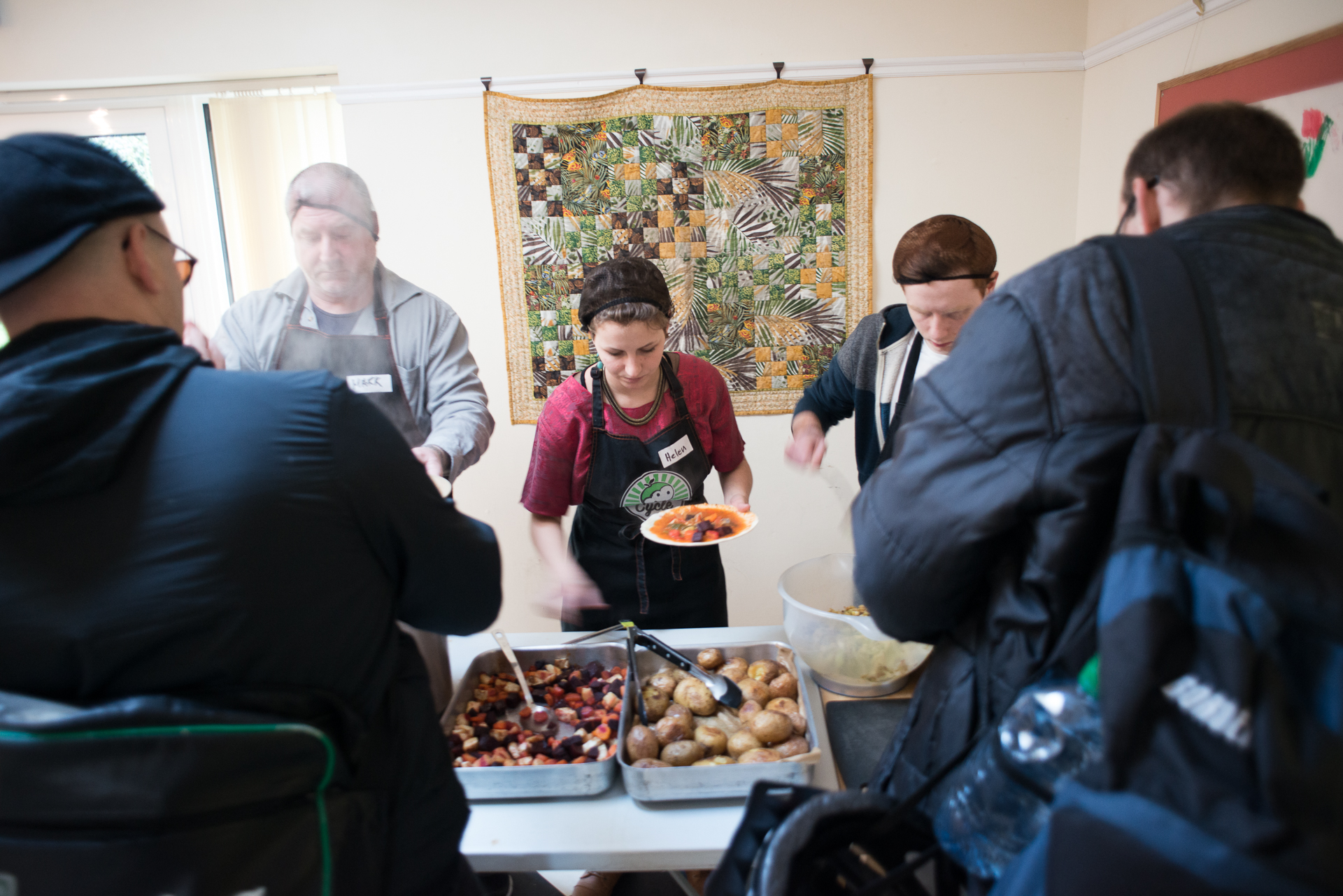 What challenges have you faced, and how have they been addressed?

We're a small team at our head office so we have to make sure that we're as efficient as we can be. It's hard when someone calls up who wants to donate their leftover food as we know they don't want it to go to waste, but we can't really take it.

The biggest challenge for me is that we always need more hub leaders to keep our projects running. People who take on that role get such a wealth of different experiences — such as leadership, teamwork, how to fundraise, and how to use social media. As a result, many people get jobs and that takes them away from the city, or away from their flex time that they can use to volunteer. So we do lose a lot of leaders. [Our head office] is based in London, and we have projects across the country, so outreach is done by our volunteers, but because we're farther away, it can be harder to assist them with things like leaflets and posters.

What are FoodCycle's future goals?

We want to open more projects across the country and serve more meals. We want to be building communities in every city and major town. We also want to continue improving the experience for our guests — making sure it's really about having a community meal and building relationships between volunteers as well. We also want to continue working on developing trainings for our volunteers. 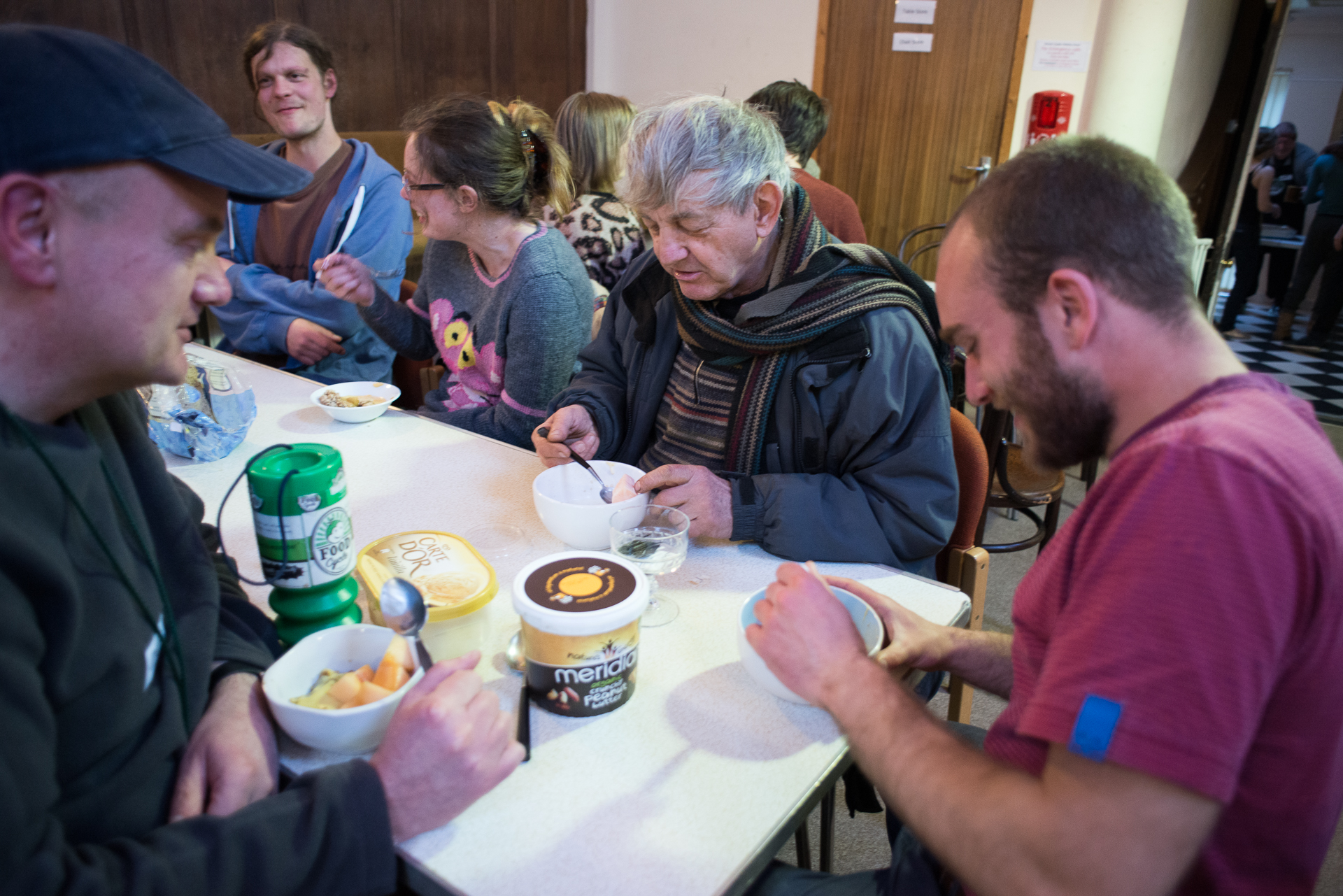 All photos of FoodCycle's hub in Norwich, England, courtesy of Chris King.