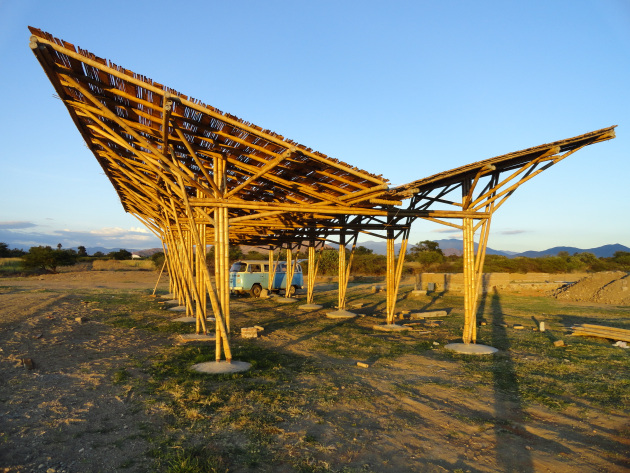 Community centers are a worldwide phenomenon. It may come as a surprise to some Westerners that many are built by hand by the people they serve. There are several advantages to this. It's fun and builds community. Participants take greater ownership of the building and often learn about long-forgotten vernacular architectural techniques. This also creates an enhanced sense of place. Below are five remarkable projects from around the world, built by the communities that they serve, often despite scarce resources.

For the younger generation in San Pedro Apóstol, a small municipality in the State of Oaxaca, an open community space for various sports and social activities has long been desired. Due to the limited resources, it has never been possible until recently, when land was donated by the municipality. Coming together with support from a GameChangers grant, a group of international designers got involved. Using workshops and skills training, traditional materials and construction method, the center is being built primarily by the local community, designers, and students.

The center has two main fields that will hold sports competitions for the children of the schools, as well as for locals. 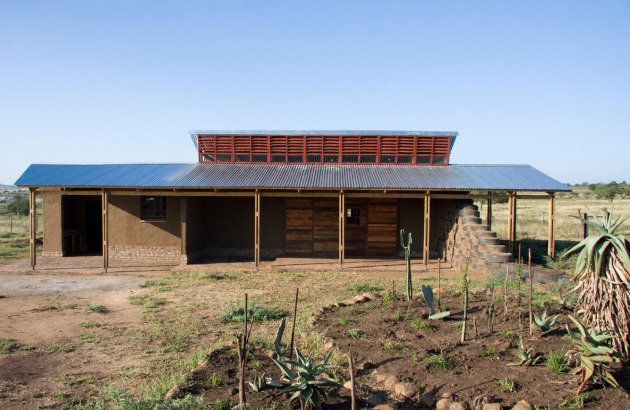 Back in 2009, the women of the sewing business were working in small, poorly built huts in Jabu, a rural village in Swaziland. When a piece of land was donated by one of the locals, a design was proposed and the search for funding and sponsorship began. Given the rural context of the Jabu Centre, the design team strived to use found materials with vernacular techniques: earth plaster-sands were sourced nearby and the plasters were made and applied using the guidance and training of local craftsmen; salvaged bricks and paving stones were donated by a local brick factory; and two dry toilet units were donated by a South Africa-based company.

Today, the Jabu Centre has an open workshop, a classroom, a cooking area, a dry composting toilet block (two units), and rainwater collection. It hosts not only the working Jabu women, but also the whole village community. 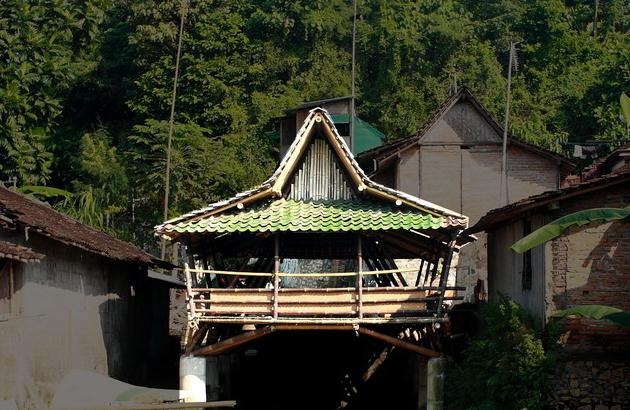 Black Bamboo Community Center was built and funded collectively by the 31 communities in Yogyakarta. Nesting over drainage, the bamboo structure was built by the community volunteers within two months, after four months spent collecting funds from the families of the communities. Later, the architectural organization Arkomjogja joined and suggested using local black bamboo for the construction. This process helped the community volunteers to learn about the traditional and contemporary bamboo building techniques, and take ownership of their very own gathering place.

House of Plenty, The Netherlands 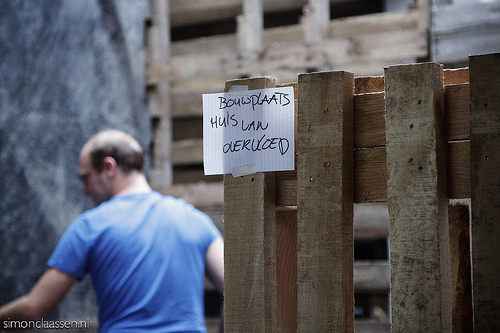 In Nijmegen, Holland, a meeting and co-working place was constructed by a team of volunteers and built entirely out of reclaimed materials. Sourced from the street, or donated by individuals or corporations, these are materials normally considered as waste and destined to landfill. Without any former building experience, the initiator managed to realize the building by collaborating with an architect. Later on, constructors and builders — who were part of the 300-strong volunteer team — joined the team. Other people donated materials; some offered their expertise; some offered workforce; and others lent their equipment. Even the land was offered by the local city council for three years, free of charge.

Unfortunately, this inspiring community effort was burned down one month after it's completion, but it is one of the great examples of a community-driven building initiative. 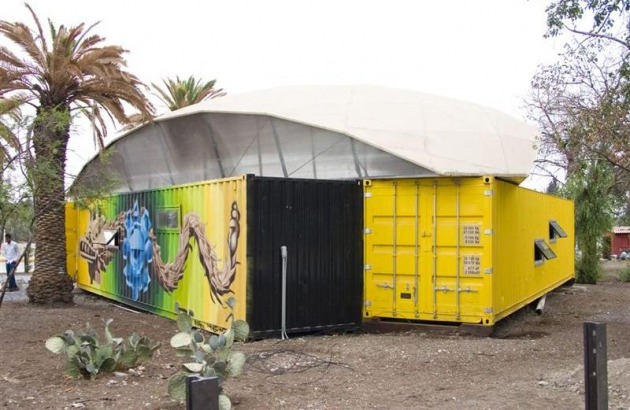 laTren / elNodo is a cultural and training facility located in a disintegrated, disconnected, and marginalized neighborhood in the city of Saltillo, Mexico. The goal of the project is to create an incubator for the independent production of neighborhood initiatives and local cultural activities by providing advice (logistical and financial) to support the proposals.

The design and building process was based on a participatory principle to involve the neighborhood through meetings and workshops, which sets it apart from the formal institution-run cultural centers. The process enabled the participants to co-create both the hardware and software of the center, and engaged more interest among both private companies and public institutions toward the neighborhood.