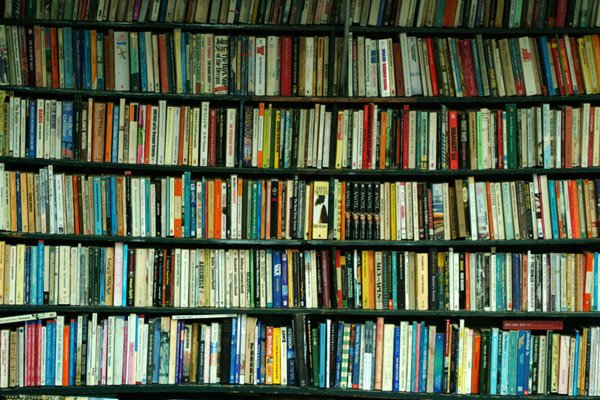 Following up on our list of the best books of 2009, here's another list of books forthcoming from members of the extended Shareable.net community, plus some others we've noticed. Do you have a book that you think belongs on this list, one you wrote or one you're reading? Please do tell us about it in a comment. 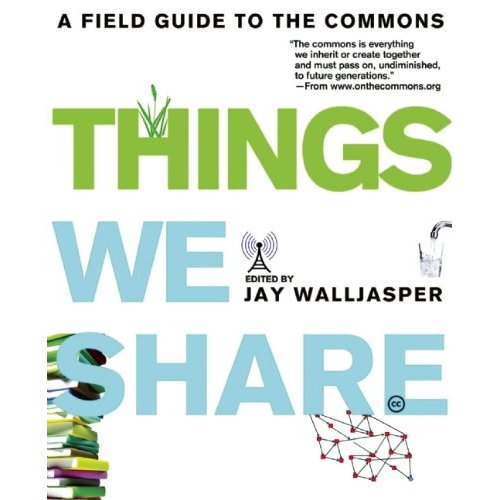 Things We Share: A Field Guide to the Commons

, by Jay Walljasper (August, New Press): Shareable.net contributor Jay Walljasper is a fellow and editor of onthecommons.org, editor at large for Ode Magazine, and the longtime editor-in-chief of the Utne Reader. His new book hits the Shareable bullseye: "In an accessible field guide format—replete with illustrations, charts, and other visual materials—Things We Share offers an engaging entrée into a broad range of key topics and concepts from the commons movement, which touches everything from natural resources, art, and the environment to technological knowledge, the digital realm, economics, and politics. Veteran progressive journalist Jay Walljasper frames each chapter around a single idea, with additional contributions by other distinguished activists, politicians, and writers." This will make a wonderful companion to The Sharing Solution: How to Save Money, Simplify Your Life & Build Community 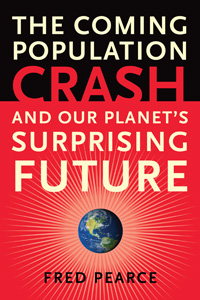 The Coming Population Crash: and Our Planet's Surprising Future

, by Fred Pearce (April, Beacon Press): British journalist Fred Pearce has recently been arguing that it is per capita carbon footprint, not absolute population, that generates pressure on our ecology. "An extra child in the United States today will, down the generations, produce an eventual carbon footprint seven times that of an extra Chinese child, 46 times that of a Pakistan child, 55 times that of an Indian child, and 86 times that of a Nigerian child," he writes in a Guardian op-ed. Meanwhile, urbanizing populations around the world are having fewer children, thereby reducing fears of overpopulation. Rather than trying to limit immigration or birth rates in developing countries, as some have tried to do, it looks as though The Coming Population Crash will argue that environmentalists should be trying to get Americans to move to cities, share goods and resources, and aim for energy efficiency–and we look forward to hearing more. Companion book: Green Metropolis: Why Living Smaller, Living Closer, and Driving Less are the Keys to Sustainability 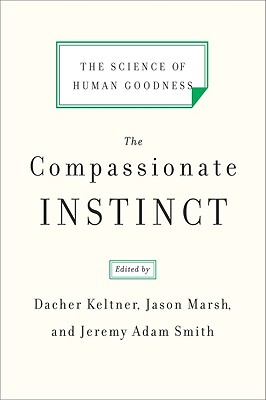 The Compassionate Instinct: The Science of Human Goodness

, coedited by Dacher Keltner, Jason Marsh, and Jeremy Adam Smith (January, WW Norton): Yes, dear reader, I am the editor of Shareable.net and I am also one of the co-editors of this anthology. But that's not an accident: There is a powerful overlap between the values we promote on this site and the new science of human goodness revealed in The Compassionate Instinct. Here's how the publisher describes it: "In these pages you will hear from Steven Pinker, who asks, 'Why is there peace?'; Robert Sapolsky, who examines violence among primates; Paul Ekman, who talks with the Dalai Lama about global compassion; Daniel Goleman, who proposes 'constructive anger'; and many others… A collection of personal stories and empirical research, The Compassionate Instinct will make you think not only about what it means to be happy and fulfilled but also about what it means to lead an ethical and compassionate life." A fine companion to Dacher Keltner's Born to Be Good

and Frans de Waal's The Age of Empathy. 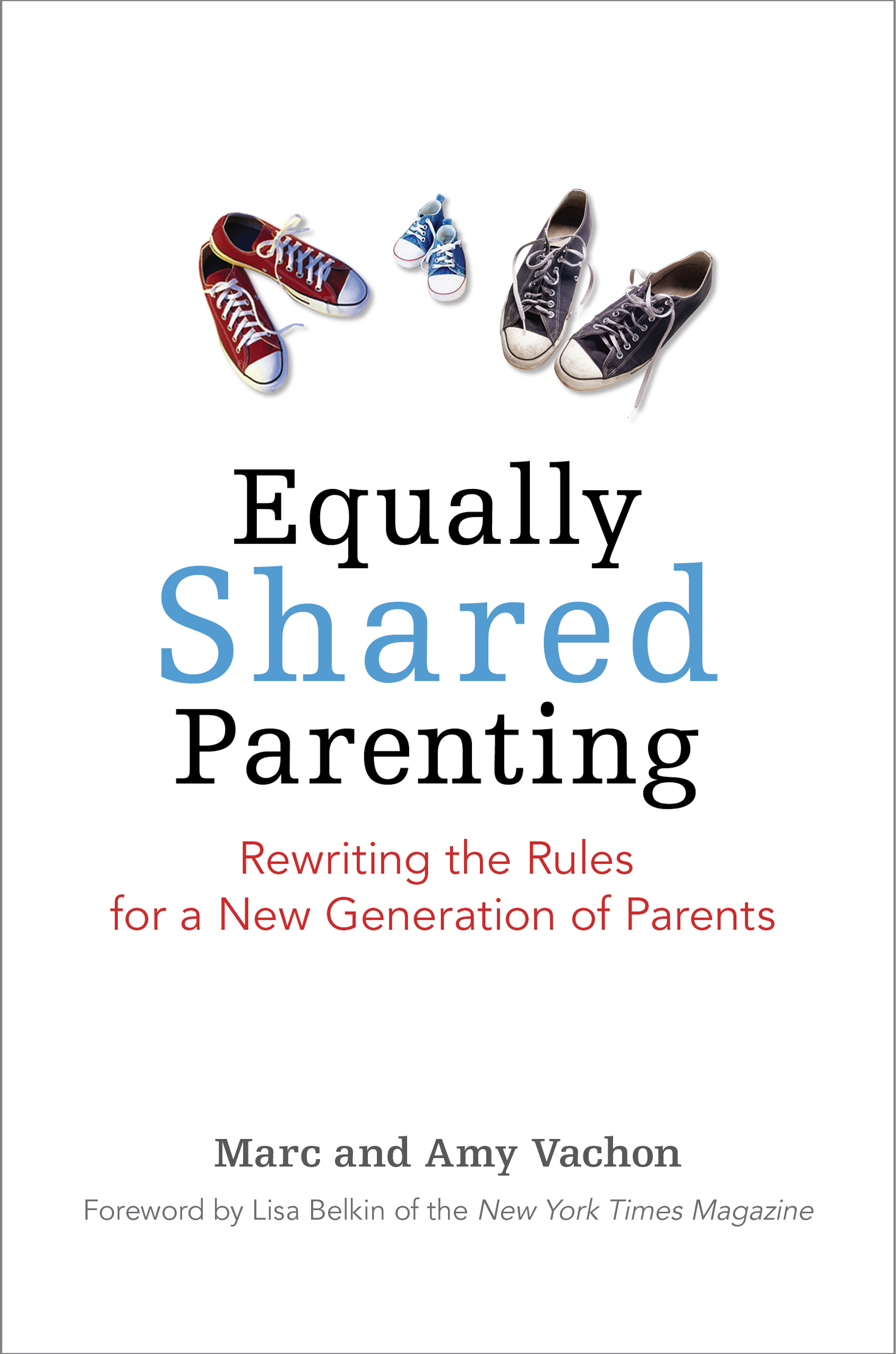 Equally Shared Parenting: Rewriting the Rules for a New Generation of Parents

, by Marc and Amy Vachon (January, Perigee Trade): As with The Compassionate Instinct, I have to disclose a conflict of interest: I know and like the authors, I provided a blurb for this book, and we'll be publishing a contribution from them next month in Shareable.net. But again, that's not an accident: Sharing starts at home, and Marc and Amy are leading advocates for equally shared parenting. From the publisher: "Equally Shared Parenting arms readers with the tools to create a balanced life that is rarely experienced by the parents of young children-an evolution that goes beyond the involved dad married to the working mom. This is a lifestyle in which couples create their own model as parenting partners, equals and peers. Every couple gets to write the rules that work for them." Its 2009 counterparts: Manhood for Amateurs, by Michael Chabon (Harper) and Bad Mother 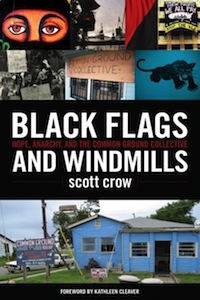 , by scott crow (August, PM Press): Not an anarchist? That's OK, neither am I. But I still think this book has an important story to tell: "This chronicle describes scott crow's headlong rush into the political storm surrounding the catastrophic failure of the levee in New Orleans in 2005 and the subsequent failure of state and local government agencies in the wake of Hurricane Katrina. It recounts crow's efforts with others in the community to found Common Ground Collective, a grassroots relief organization that built medical clinics, set up food and water distribution, and created community gardens when local government agencies, FEMA, and the Red Cross were absent or ineffective… This vivid, personal account maps the intersection of radical ideology with pragmatic action and chronicles a community's efforts to translate ideals into tangible results."

Co-opportunity: Join Up for a Sustainable, Resilient, Prosperous World

, by John Grant (March, Wiley): The bestselling author of The Green Marketing Manifesto

"shows how we, when we join forces through co-operative initiatives, can really make changes and work towards a better future. John uses cases and examples from around the world, from social networks to social ventures, Carrot Mobbing to the Carbon Disclosure Project, to show how a move to greater co-operation via what he calls Co-operative Networks can be a way forwards for all of us to increase the common well-being. Arguing that a climate for change can be created by engaging rather than alienating people, John also demonstrates ways of ‘relocating dreams’ to allow us to reassess our desires and priorities." The companion book from our 2009 best-of list: Common Wealth: Economics for a Crowded Planet

What's Mine is Yours: The Rise of Collaborative Consumption, by Rachel Botsman and Roo Rogers (Fall, HarperCollins): Rachel Botsman is a good friend of Shareable.net, and we're really looking forward to this book. "Collaborative Consumption," explain the authors, "occurs when people come together through virtual and real-world communities to share, barter, trade, rent, gift, lend, and swap to get the same pleasures of ownership with reduced personal burden and cost and lower environmental impact. The book travels amongst the quiet revolutionaries (consumers, community organizers and companies) from all around the world who are at the heart of Collaborative Consumption."

The Value of Nothing: How to Reshape Market Society and Redefine Democracy