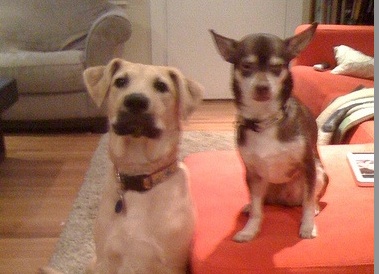 I'm a dog owner. In fact, I spend so much time and energy on my dogs that I have recently taken to calling myself a crazy dog lady. I figure hey, at least it's better than being a crazy cat lady. I work in a shared office space in the Arts District of Downtown Los Angeles along with several other dog-lovers. We were overjoyed at the recent news that our neighborhood would soon have a dog park – the very first dog park in downtown LA! If you've spent any time in LA, you are already aware that Downtown has been undergoing a major transformation in recent years. Streets that just a few years ago most people wouldn't dare to tread are now home to the city's hippest bars and restaurants, loft apartments and cultural events. The arrival of Downtown LA's first dog park is a milestone for the area's transformation.

So I got to thinking… What impact would the dog park have on the area? How do dog parks, and dogs in general, change neighborhoods? I've already expressed my bias at the outset and my thoughts here are in no way scientifically validated but I've got a hunch that dog parks have a positive impact on neighborhoods. I know from personal experience that dog parks can be social hubs of a community. I've spent hours chatting with my neighbors at the Silverlake dog park. I know all their dogs' names. I know which ones get along best with my dogs. I'm even learning more about their owners, what they do for a living, where they stand on certain political issues… There's lots of time to talk about all sorts of stuff while the dogs run around. The dogs act as a sort of ice breaker. "Hey, my dog really likes to hump your dog. Wanna go out for coffee?" OK, maybe not exactly like that but once your dogs make friends, it's hard not to follow suit. Single guys have known this for ages.
In some urban areas, dog walkers are the only pedestrians. Richard Layman points out that without them, parks and other common spaces can easily devolve into dangerous places. Building more dog parks might even be a cheaper path to public safety than putting more cops on the streets.
The sad truth is that most of us don't know our neighbors anymore. There is a strong movement afoot to change that with the growing popularity of farmers markets, neighborhood potlucks, and yes – dog parks. These shared experiences and events help unite us with our neighbors and pave the way for casual conversation and friendly introductions. A neighborhood that knows one another is a safer, friendlier, happier place to live. Dogs can help create neighborhoods like that. That's more than you can say for cats.