Does Sharing Come Naturally to Kids? - Shareable
Skip to content 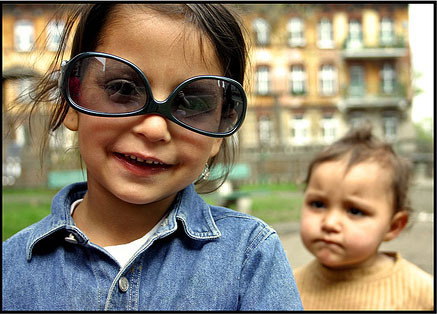 More and more of my time these days is spent unsuccessfully negotiating conflicts between my two-year-old daughter and her friends — over baby dolls, snacks, a turn on the swing, you name it.

So I was surprised (and a bit skeptical) to see a new study suggesting that kids just a few months older than my daughter possess a strong and consistent willingness to share coveted objects with their peers, even when they have the chance to keep all the goodies for themselves.

The study, published in Psychological Science, was broken into two experiments involving a total of 112 three-year-old children, an equal number of boys and girls, split into teams of two. In both experiments, two children were left alone in an observation room. Each child had to work with his or her partner to get a reward — four identical gummy bears, four identical stickers, or four of another prize — that was trapped at the back of a long, transparent box. When the kids simultaneously pulled on each end of a rope, they could bring the prizes to the front of the box and grab their reward through a hole. If only one kid pulled the rope, the prizes remained out of reach.

Sometimes the box had two holes, one on either side, enabling each child to pull out two prizes — easy and fair. But even when the box had only a single hole, the child who got to the reward first shared it equally with his partner in the vast majority of cases, more than 70 percent of the time.

In roughly 80 percent of these cases of cooperation, the sharing was “passive,” meaning that one child took what was fair — two prizes — and left the other two for his or her teammate. Other times, one child would take two prizes and actively give two to the other child, or would tell that child to collect his or her fair share if he or she neglected to do so at first.

Rarely was there any arguing, and physical conflicts were almost nonexistent.

This was all generally true regardless of what the prize was (though in the first experiment, the researchers found that children were more likely to share gummy bears than stickers). 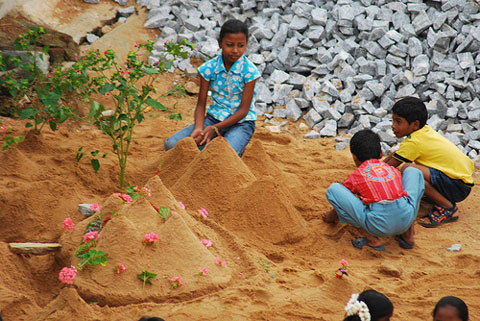 So why did these kids seem so willing to share, whereas I’ve seen my tiny two-year-old ready to strangle her best friend over a frog puppet?

According to the study’s authors, the answer might lie in the fact that the kids had to work together in order to earn their reward. Only by collaborating were they able to get their prizes, and their collaboration evoked their burgeoning sense of fairness.

“The situation of peers jointly collaborating toward a mutual outcome might exemplify the fundamental context in which a sense of equality emerges,” write the authors, who were led by Felix Warneken, a psychologist at Harvard.

In other words, this type of cooperation encourages kids to recognize that other people have a right to enjoy the same rewards and privileges that the kids want for themselves.

The researchers note that previous research has found that chimpanzees won’t share their spoils in the same way, which makes them less likely to want to work together in the first place.

Humans, by contrast, seem to possess a strong propensity for fairness that encourages them to cooperate rather than compete over limited resources, trusting that they’ll benefit in the end. And now there’s evidence that this propensity can be demonstrated — and perhaps nurtured further — through collaborations that take place when we’re hardly more than toddlers.

“The present study,” write the authors, “suggests that competition over resources is mitigated in human children by an emerging sense of equal sharing of the spoils, which enables successful collaboration.”

This post originally appeared on Greater Good. It is reprinted here with permission from the author.

Jason Marsh is the editor-in-chief of Greater Good. He is also a co-editor of two anthologies of Greater Good articles: The Compassionate Instinct and the forthcoming Are We Born Racist?.

Jason Marsh is the editor-in-chief of Greater Good. He is also a co-editor of two anthologies of Greater Good articles: The Compassionate Instinct and the forthcoming Are We Born Racist?. Previously, he was the managing editor of the political journal The Responsive Community, and he has also worked as a reporter and producer at KQED Public Radio in San Francisco, as a documentary producer, and as a kindergarten teacher. His first documentary, Unschooled, debuted at the Big Sky Documentary Film Festival in Missoula, Montana. A graduate of Brown University and the UC Berkeley Graduate School of Journalism, Jason lives in Berkeley with his wife and daughter.