Does Bike Sharing Have a Future? - Shareable
Skip to content 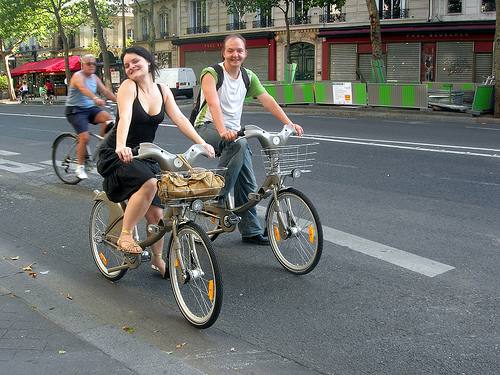 Bike-sharing programs have received increasing attention in recent years with initiatives to increase bike usage, better meet the demand of a more mobile public, and lessen the environmental impacts of our transportation activities.

Originally a concept from the revolutionary 1960s, bike sharing’s growth had been slow until the development of better methods of tracking the bikes with improved technology. This development gave birth to the rapid expansion of bike-sharing programs throughout Europe and now most other continents.

Bikes have several advantages as a mode of public transportation for short-distance urban trips because they:

In addition, bikes may increase trips on other modes of public transportation, as they expand the reach of trains and buses. 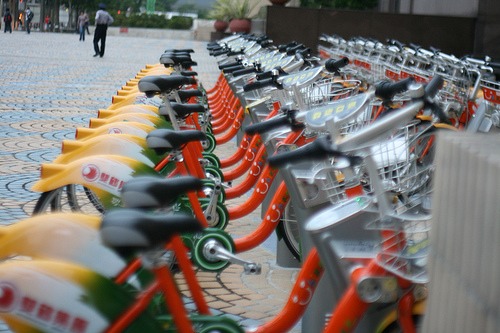 There have been three generations of bike-sharing systems over the past 40 years. The first generation of bike-sharing programs began in 1964 in Amsterdam with the Witte Fietsen, or White Bikes. Ordinary bikes, painted white, were provided for public use. Individuals were to find a bike, ride it to their destination, and leave it for the next user. Things didn’t go as planned as bikes were thrown into the canals or appropriated for private use, so the program collapsed within days.

Nearly 30 years later in 1995, a second generation of bike sharing was launched in Copenhagen as Bycyklen, or City Bikes, with many improvements over the previous generation. These bikes were specially designed for intense utilitarian use with solid rubber tires and wheels with advertising plates; they could be picked up and returned at specific locations throughout the central city with a coin deposit. While more formalized than the previous generation, with stations and an organization to operate the program, these bikes still experienced theft due to the anonymity of the customer. 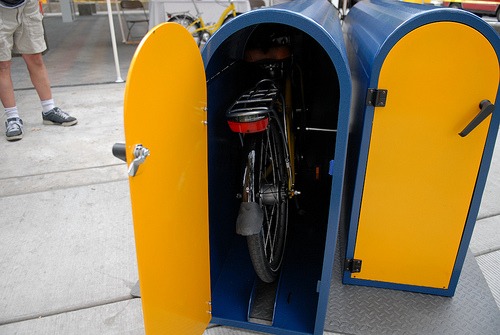 This gave rise to third generation bikesharing with improved customer tracking. In 1996, Portsmouth University in England launched Bikeabout using a magnetic stripe card which the student would swipe to rent a bike. The third generation systems inspired by the Bikeabout experiment were smartened with a variety of technological improvements, including electronically locking racks or bike locks, telecommunication systems, smartcards and fobs, mobile phone access, and on-board computers.

Bike sharing grew slowly in the following years, with one or two new programs launching annually, but it wasn’t until 2005 that third generation bike sharing took hold with the launch of Velo’v in Lyon, France. Today we’re approaching 100 programs globally with likely ten times this being planned as governments rush to implement bike transit.

Before bike sharing, Lyon wasn’t a bike-friendly city – only 1.5 percent of trips were made by bike. After Lyon created more bike facilities and introduced Velo’v, bicycling increased as more felt safer cycling. Bike traffic in Lyon jumped 400 – 500 percent since the launch of Velo’v , and one quarter of this increase came from bikesharing. Velo’v reported that in June 2008, customers traveled 1.5 million kilometers during that month – and 36,300,000 km since the program’s inception in 2005. This equates to 7,260 tons of CO2 saved for the same distance traveled by car. 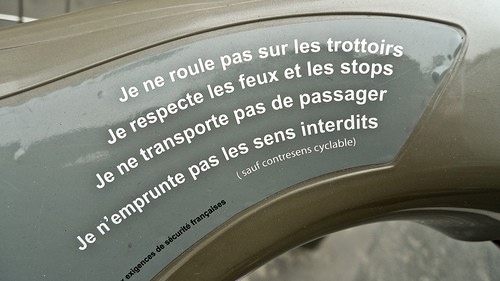 As France’s second largest city had much success with bike sharing, Paris took note. Two years later Paris launched its own bike-sharing program, Vélib', with about 7,000 bikes, and it soon expanded to 20,600 bikes. This massive undertaking and its better-than-expected success changed the course of bikesharing history and generated enormous interest in this transit mode from around the world.

Not all bike-sharing programs have fared as well. Some fold due to lack of funding. Others cease to exist due to poor mechanical functioning of the stations and bike theft. Singapore, Amsterdam, and Prague all experienced difficulties with their former programs. Fortunately, however, the successes far outnumber the failures. 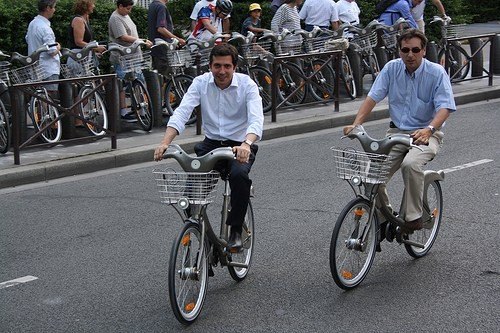 As the demand for bike sharing increases, more companies have gotten into the industry and created their own technologies. Many of the new systems have no advertising component, but rather require direct subsidy from the local government in addition to user fees to be financially sustainable. These new bike-sharing systems are allowing jurisdictions and universities either with populations too small to make advertising profitable or where advertising on public space is simply prohibited, to consider launching their own bike-sharing services.

As we approach 200 bike-sharing programs worldwide, the future of bike sharing is clear – there will be a lot more of it. Gilles Vesco, Vice President of Greater Lyon, France, attributed the following quote to the President of Greater Lyon, “There are two types of mayors: those who have bikesharing and those who want bikesharing.” This certainly seems to be the case as each bike sharing program creates more interest in this form of transit – call it a virtuous cycle.

My estimate of future growth of bike sharing is that it will become even more international as more cities around the world adopt it as their own. Europe certainly has the preponderance of programs due to forward-thinking elected officials and a greater commitment to cycling in general. The future will see even more growth throughout Western Europe, and moving into Eastern Europe, with cities of all sizes adopting their own bike-sharing programs.

As the price of fuel continues to rise, traffic congestion worsens, populations grow, and a greater world-wide consciousness arises around global warming, it will be even more necessary for leaders around the world to find modes of transportation to move people in environmentally sound, efficient, and economically feasible directions. Fortunately, bike sharing meets these needs – and not a moment too soon.

This is a revised, updated version of an piece that appeared in Carbusters magazine.

Paul DeMaio is a long-time proponent of bikesharing and founder of MetroBike LLC - an organization which consults on the creation of bikesharing programs, and is based in Washington, D.C.

Paul DeMaio is a long-time proponent of bikesharing and founder of MetroBike LLC - an organization which consults on the creation of bikesharing programs, and is based in Washington, D.C. For more information on international bikesharing news, visit The Bikesharing Blog.