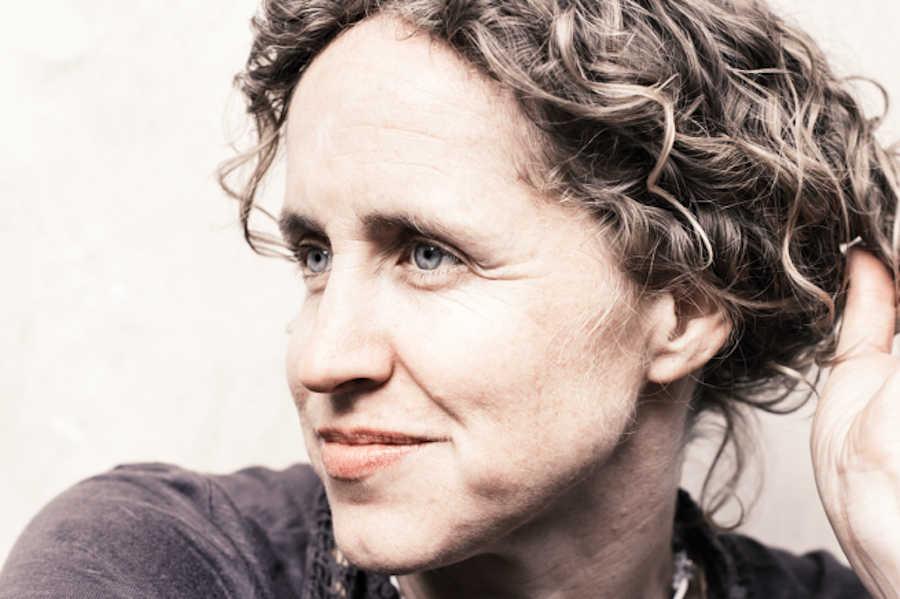 I recently met Robin McKenna, the director of GIFT, a film about different facets of the gift economy through the lens of Lewis Hyde's book The Gift. I was struck by how dedicated McKenna is to this project and by the interesting gift-based initiatives from all over the world that she features in her film.

Gifting as a concept can seem so abstract. I get a lot of people commenting to me that gift economics sounds great in theory, but what are some examples of it working? People want to know how they can practically put gift culture into practice in their lives, because all around them they only see examples of a taking culture.

Gifting feels like a utopia, rather than something we can enact in our everyday lives. This film, by providing real, concrete examples of the creative use of this paradigm-shifting idea, illuminates the power of gifting and encourages more creative work in this area.

I sat down with McKenna to discuss the movie and her vision in more detail. Here are the highlights of our conversation.

Marie Goodwin: Set the stage for me… what brought about your desire to make a movie on gift culture and economics?

Robin McKenna: I read a book called The Gift by Lewis Hyde. I think it struck me on several levels. The book has many layers; it’s about creativity and art… having gifts that come to us from somewhere outside our own willpower, something we can’t completely control; how creative work wants to be shared as a gift; how this “circulation of gifts” co-exists uncomfortably in a market economy, in transaction culture, where everything is measured in monetary terms.

I also realized I’d always been attracted by places that operated outside market logic, where gifts are allowed to circulate in a different way. I started researching, looking into these ideas, reaching out to communities and seeing what was happening in the world now. I wrote to Lewis Hyde about making a film inspired by his book. I think it would be impossible to make the definitive film of that book—it’s too rich and complex to summarize—but I wanted to take the book as a starting point and follow characters on a journey, exploring the ideas through the worlds they inhabit. He wrote back right away and said he’d be delighted to see that happen.

In all the places you've traveled, where have you experienced gift culture most fully?

When I was younger, I lived in a bookstore in Paris called Shakespeare & Company that was run by an American expat who was an eccentric genius, trickster-character named George Whitman. Young travelers would stay there and sleep in the bookstore. We had to write our autobiography while there and we were expected to read a book every day. I spent a whole summer there, as bookstore historian, watching things unfold and writing them down. I think that was one of my first examples of a place where gifts circulate—a temporary shelter from the commerce and market economy of a daunting, expensive city like Paris—and where creative gifts are awakened.

Burning Man is a kind of temporary utopian experience of gift, creativity and art. Where this idea of gift culture has been nurtured and encouraged, the more you give, the richer you are. Even if it’s temporary, the chance to experience that for a week, and the level of creativity involved, can be mind-blowing [and] very inspiring.

On a more long-term, sustainable level, I’ve been spending time outside Montreal in a developing eco-village community that was started by a friend of mine. There’s no top-down organizational system and there’s an element of the gift economy in place. A community like this can be a real lab for these ideas, putting them into practice; people collaborating to build something, learning by practice, and sharing gifts and resources. 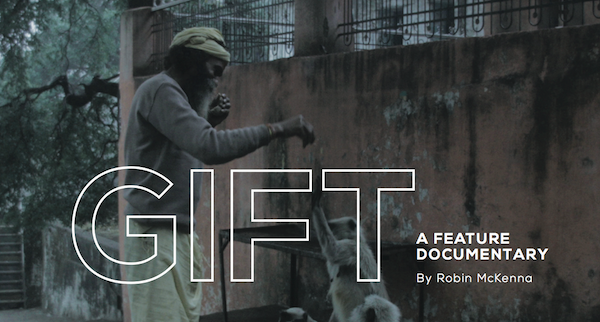 What differences in the definitions of "gift" and "gift economics" have come up in your research for the film? Any surprises?

I think, at least initially, I started looking for more outward examples and manifestations of gift culture. As I started researching, I was excited to realize the gift economy is in the zeitgeist these days—along with the sharing economy, the collaborative economy.

There is a line I love from The Gift: “There are interior economies and invisible economies.” Hyde uses fairytales and dreams to illustrate these kind of inner gift economies, and how they operate. I started thinking more about interior gifts, the openness involved in the creative process, the role of chance and accident, the gifts that come to us when we’re ready to receive them. This kind of circulation of gifts has been central to my whole life, the choices I’ve made, and my creative path.

Is there a shadow side to gift culture? Do people talk about that too?

There’s a certain risk associated with gifting: you give it away, with no guarantee of something coming back to you. You share your gifts because you’re inspired to do it. But maybe the shadow side is the fear—or the reality—that we won’t be taken care of in the end, that there won’t be enough for us. Or, perhaps the shadow is that we really have expectations associated with the gift, an agenda.

The shadow side to free culture, for example, as it works on the internet, is the reality that sometimes it means artists don’t get paid, which creates a dilemma. Gillian Welch has a great song about that:

Everything is free now—that’s what they say

I can get get a tip jar, gas up the car

Try to make a little change down at the bar

Artists—all of us, really—have an innate desire to share our gifts. We still have material needs, however, and live in a material world. We hope the gift will keep circulating and find its way back to us, but that’s not always the reality. When you have no way to pay the rent, it creates a lot of stress and insecurity. At least that’s been my experience as I take the leap to make a film like this one, a labour of love, that feels somehow necessary.

Without material support, however, sometimes the experience becomes overwhelming. It takes a lot of strength not to get discouraged; to keep the faith and keep giving yourself to it and trust you’ll be taken care of.

It seems like gift culture works best when community is in place, where relationships connect people. So it’s most likely to work in smaller, interconnected groups. I think the more impersonal the situation becomes, maybe the harder it is for gifts to circulate in an ongoing way.

What are the most inspirational gift-based projects that you've seen, and how might find out more about them?

One of the storylines in the film is the story of Cycle Yatra, which is a moneyless bicycle journey in Rajasthan, India—a kind of inner and outer journey to connect to the larger gift circle of life. Our mutual friend Manish Jain has been doing a lot of thinking about reclaiming the gift culture as a means to connect people to traditional practices of gift and sharing cultures. He is also interested in creating new practices around these ideas. The bike journey originates from Swaraj University, named after Gandhi’s principle of Swaraj, or self-rule. It’s founded on principles of self-directed learning, playful improvisation, and gift culture.

In the realm of creativity and art practice, I recently discovered the tradition of mail art that came out of the Fluxus movement in the 1950s and 60s. Handmade artwork is sent by mail through an interconnected network of creators. Anybody who is inspired can join a network and share their work in way that’s totally outside the framework of the traditional art world.

Gifting is also about making needs visible. What are your needs right now? What, specifically, could people do to help you and your project thrive?

You’re very sweet for asking. This project has been my labour of love for the last two and a half years. In the spirit of the gift, I’ve just given myself to it completely. I’ve been lucky enough to work with an incredibly talented creative team, including Mark Ellam, who shot This Changes Everything with Naomi Klein.

I think we are developing something beautiful and unique. But honestly, on a financial level, it’s been tough. I have exhausted my resources and gone into debt to take it this far. Right now, what I most need is a transformative gift; to find some funding angels who want to support something extraordinary and become part of a movement.

Learn more about GIFT at Facebook.com/GIFTDocumentary. To support the film, contact Robin McKenna at robinsoleil [at] gmail [dot] com

I am an archaeologist by training, but found myself much more interested in the modern stories of our culture than any ancient ones being thought up by academics. In addition to stories,

I am an archaeologist by training, but found myself much more interested in the modern stories of our culture than any ancient ones being thought up by academics. In addition to stories, I'm interested in activism and transition. I am on a great team of community builders that is Transition Town Media, and with their support founded the Media FreeStore and Timebank Media. I am also passionate about issues relating to local food, herbal medicine, traditional cultures, new-story education and local economic resilience. For my day-job, I work in the gift with author/philosopher Charles Eisenstein.

Things I share: Stories, time, skills, smiles, child-care, herbs, and whatever resources I have at the moment.