Discovery: Airbnb is Amazing for Retreats - Shareable
Skip to content 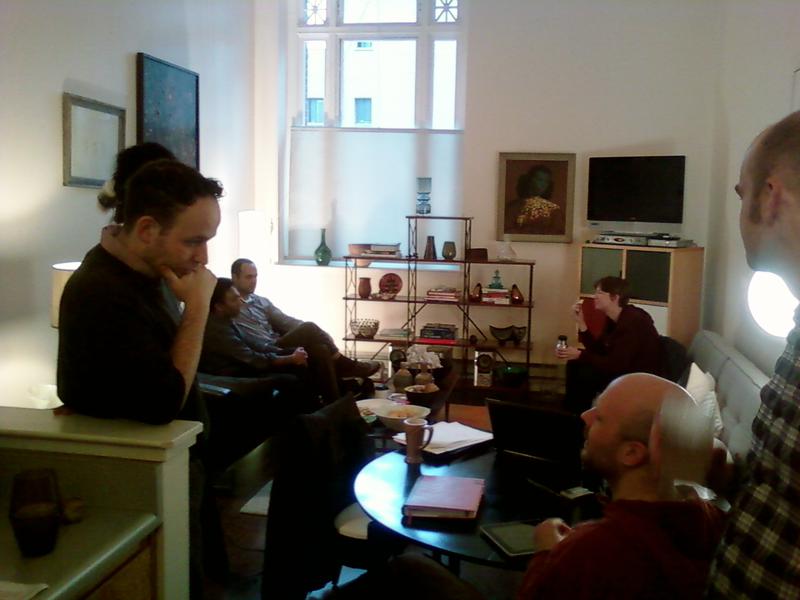 Shareable holds a retreat four times a year. Retreats can get expensive. We sometimes have to fly in advisors, advisors need lodging, we have to rent retreat space, and a Shareable retreat would not be complete without an all hands meal. Our first retreat over a year ago cost Shareable around $1,500. That's a lot for us.

On top of this, past retreats haven't been especially "shareable". We've used mostly small, local businesses for the retreat related expenses. Still, this didn't feel particularly intimate or productive.

This had to change.

A big shift came in December when we held our retreat at the Florida home of Laurie Schecter, one of our advisors. Her place is a tiny, four room beach shack her and her husband Gary lovingly renovated bit-by-bit over the years. It incorporates old wooden Javanese panels, hanging sculptures of fish by an eccentric folk artist, a refurbished antique gas stove, an outdoor shower, and slender bamboo shades repurposed as wallcovering. The wall that spans the main room is covered with old photos of friends and family. It's highly personal, and that makes it super cozy.

We met around a small table in the main room during the three day retreat. We made meals at home. In between sessions, we went for walks along the beach or down the boardwalk. We had cocktails on the porch each evening. This resulted in the best retreat yet. Not only was it productive, we also left refreshed.

When planning the followup retreat in San Francisco, Milicent (Shareable's community manager) and I decided to recreate the atmosphere of the Florida retreat. A rented boardroom wouldn't do. We turned to Airbnb. After a good bit of searching, we found a one bedroom flat with character in The Mission.

[image_1_small_right]The retreat started with Milicent checking in with the Isabella, the owner, early last Monday morning. Milicent arrived well before other attendees. After wrapping up renting formalities, she struck up a conversation with Isabella about music. That somehow lead to dancing in the living room at 9:00am!

A retreat at the beach is hard to beat, but this was a good start. In the end, our San Francisco retreat came pretty damn close. We were productive. Isabella's place was also cozy with interesting art from her birthplace Russia. We took advantage of one of the most vibrant neighborhoods in San Francisco by hiking to nearby Dolores Park for a great view of the city as well as a delicious lunch at a divey Chinese restaurant on Mission Street. On the last night, we cooked a simple group meal in the flat saving on a big restaurant bill. And Laurie, who flew in from Florida, slept at the flat for three nights saving on hotel expenses. Normally she'd have to get separate accommodation.

So not only did we have a better experience than our old style retreats, we cut our retreat expenses by over half. Now that's what I call shareable. 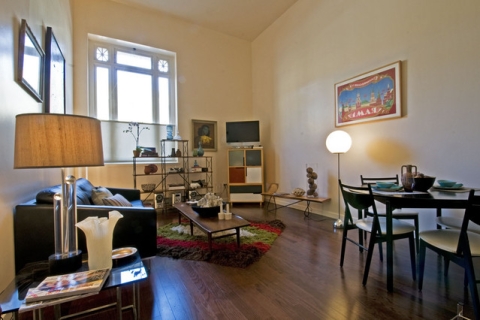 Isabella's place in The Mission. Credit: Isabella's Airbnb listing, way better than me and my cell phone cam.