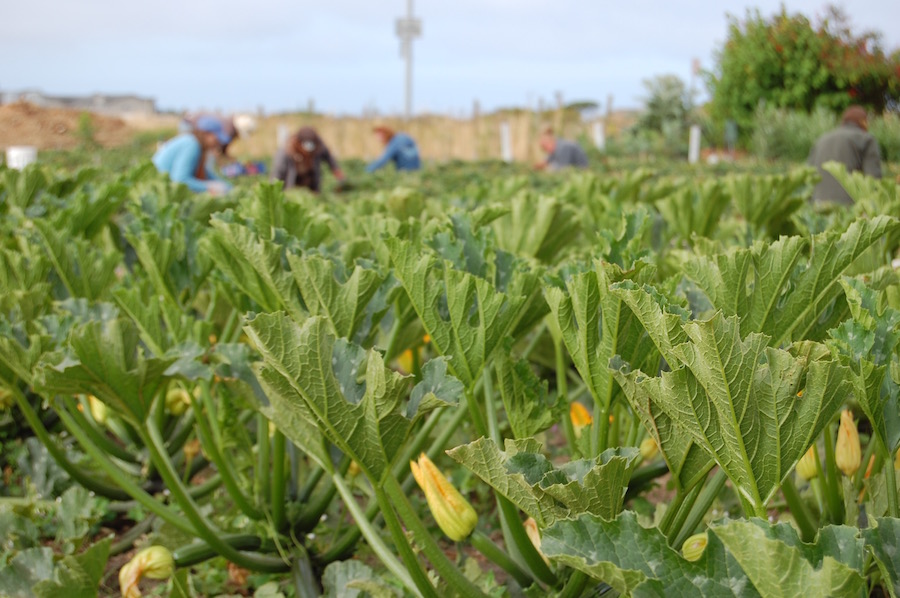 In a recent essay, Frances Moore Lappé, author of Diet for a Small Planet and co-founder of Food First, the Institute for Food and Development Policy, and the Small Planet Institute, argues that the primary obstacle to sustainable food security is an economic model and thought system that views life in disassociated parts. This system, which is embodied in industrial agriculture, obscures the destructive impact it has on humans, natural resources, and the environment.

She points out that the market logic of bringing the highest return to existing wealth leads to a concentration of wealth and power which makes hunger and ecosystem disruption inevitable. In essence, an industrial food system cannot, and does not meet our needs.

Lappé presents agroecology, which she defines as a model of farming based on the assumption that within any dimension of life, the organization of relationships within the whole system determines the outcomes, as a viable alternative to industrial agriculture, and one that has already shown “promising success.”

The shift toward a more democratized food system distributes power throughout communities and utilizes the unique knowledge and wisdom of individual farmers. As Lappé writes:

[A]s an evolving practice of growing food within communities, it disperses and creates power, and can enhance the dignity, knowledge, and the capacities of all involved. Agroecology can thereby address the powerlessness that lies at the root of hunger.

Applying such a systems approach to farming unites ecological science with time-tested traditional wisdom rooted in farmers’ ongoing experiences. Agroecology also includes a social and politically engaged movement of farmers, growing from and rooted in distinct cultures worldwide. As such, it cannot be reduced to a specific formula, but rather represents a range of integrated practices, adapted and developed in response to each farm’s specific ecological niche.

Lappé explains that agroecology weaves together traditional knowledge and ongoing scientific breakthroughs and that, by using organic farming methods, agroecological farmers “free themselves—and, therefore, all of us—from reliance on climate-disrupting, finite fossil fuels, as well as from other purchased inputs that pose environmental and health hazards.”