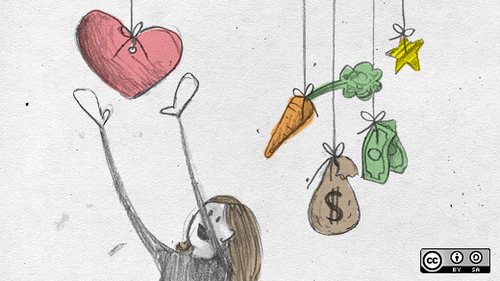 The enormous popularity of crowdfunding sites like Kickstarter and Indiegogo is a visible example of how a democratic investment industry can fast-track innovation.

Thousands of creative projects, from films, games, and music to art, design, and technology, have become reality because of relatively small contributions between strangers. These sites demonstrate the power community and connection when it comes to ideas that might otherwise be ignored by traditional financial institutions. Still, they can't be everything to everyone.

The beauty of the top online crowdfunding platforms is that they make it easy to present and promote projects through seamless integration of social media. With just a few clicks, those participating in campaigns can reach out to their networks, creating awareness their own projects or sharing updates about those they've backed. Unfortunately, the most popular crowdfunding sites limit their scope to projects that fit pre-determined criteria. Kickstarter says it's "a funding platform for creative projects", while Indiegogo says that it raises money for "creative, cause or entrepreneurial" ideas. Both networks take a chunk of the money raised to keep their own lights on. If your campaign's unsuccessful, you may lose all of the money raised, or face even higher fees.

What about the rest of us? What if I wanted to crowdfund the money to rent a moving truck, pay medical bills, or run for a local political office? Or what if I want to support a project, but don't have any extra money?

When You Wish is a relatively new player in the crowdfunding world. Founded by Whole Foods CEO John Mackey, the site places no restrictions on type of campaigns. This is what led Vital Farms, a humane egg-farming collaborative based in Austin, Texas, to choose When You Wish for its first crowdfunding effort: raising the funds to transform a conventional, cage-based egg farm into an organic, pasture-based operation.

"We are contacted by a lot of small farmers who are interested in working with us, but don't have the start-up funds to invest in mobile fencing, more land and the labor to make it work," explained Aurora Porter, Director of Marketing for Vital Farms. "Crowdfunding allowed us to involve our customers and supporters in this mission, making them a part of our efforts to rescue laying hens from their horrible plight. We chose When You Wish because of the people involved and their commitment to animal welfare."

Unlike other crowdfunding websites, When You Wish users can contribute goods or services in addition to money. For example, instead of just cash, you can also contribute the value of an old pair of rollerblades in your closet—or even an hour’s worth of rollerblading lessons—by selling those items to another user. “It’s one of the first features we’re rolling out that will dramatically expand the tools people have to reach their fundraising goals. Some people have called it ‘Crowdfunding meets eBay,’” said Andy Martinez, CTO of When You Wish.

GoFundMe, another crowdfunding venture, is dedicated to helping individuals realize their personal dreams with support from friends and family.

The company allows people to create customized individual donation websites for particular need. Current projects on the site range from raising money for funeral expenses to roller derby skates. Non-profits and religous organizations are welcomed. Unlike many of the major crowdfunding platforms, GoFundMe imposes no time-limits or collection requirements. Each and every donation is available for immediate withdrawal, and campaign pages continue to accept donations even after the goal is met.

“GoFundMe is quickly becoming the place where friends and families come together and make a real difference in one another’s lives,” says Damphousse, GoFundMe’s Chief Executive Officer.

Crowdfunding as an industry still has a long way to go, but as these two companies demonstrate, there are still plenty of opportunitites to make it easier, more transparent, and more suited to the unique needs of both companies and individuals. Even though tech and art have been the focus of popular crowdfunding platforms, these aren't the only ways in which open-source fundraising can facilitate positive change in our communities. Sometimes meeting the most basic of needs–a new pair of shoes, or math tutoring–can be just revolutionary as an indie music album or solar phone charger.