Crowdfunding and Ownership in the Sharing Economy - Shareable
Skip to content 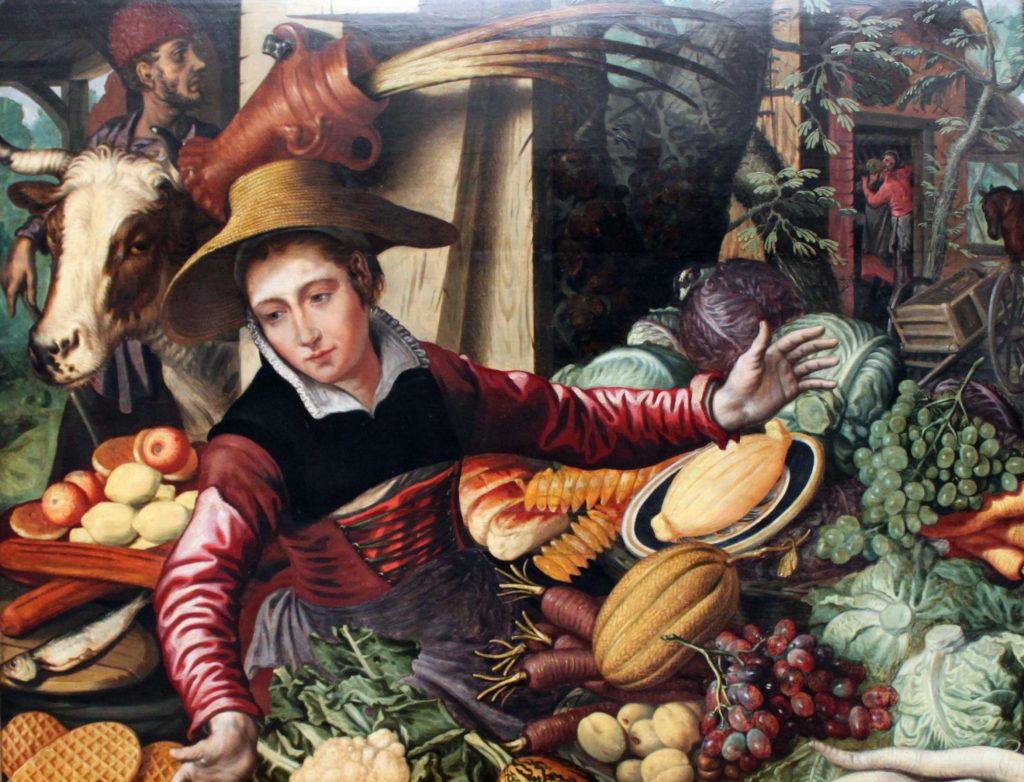 At the end of the first week of August 2014, two different crowdfunding pitches closed almost simultaneously.  FarmDrop, based in the UK, had raised three quarters of a million pounds, which was not far from double their original goal, from 359 investors. Open Food Network, based in Australia, had raised Aus$35,877 from 398 investors. Peering through the windows opened up by these two initiatives gives a clear view of rather different trajectories of the burgeoning ‘sharing economy’.

Crowdfunding’s heady mix of creative expression, cultivating an audience of potential investors, media-savvy PR pitch,  and technical provision of ‘due diligence’ information about business plans and risk seems appropriate to the somewhat contradictory ethos surrounding the spread and growth of the sharing economy. As William Deresiewicz argued in the New York Times in 2011 in ‘Generation Sell’:

Today’s ideal social form is not the commune or the movement or even the individual creator as such; it’s the small business…. The small business is the idealized social form of our time. Our culture hero is not the artist or reformer, not the saint or scientist, but the entrepreneur. Autonomy, adventure, imagination: entrepreneurship comprehends all this and more for us. The characteristic art form of our age may be the business plan.

The prism of the crowdfunding ‘pitch’ refracts diverse imaginaries of scale, and of ownership and control. Yet in the pitches for these two projects, scale is highly visible while questions of ownership and control are mostly shrouded or implicit. But both are important foundations of  the particular ethos of the practices that might spring up in their wake – and ethos, elusive as it is, is a vital facet of the kind of world that such projects aspire to create.

Both FarmDrop and Open Food Network aim to create and grow sustainable local food systems. Both stress the desire to create positive social change of a systemic kind, one that will disrupt the existing dominance of supermarket provision of food. They have not dissimilar structures – both provide a web-based platform that allows individual consumers to source food from local farmers, and to cut out or curtail the power of the ‘middleman’. Both emphasise the enlarged share of the final purchase price that will go to farmers as a key plank of their commitment to positive social change. [image_2_small_right]

Their visions of the way in which they will grow, however, are quite different, a difference perhaps mirrored in the fact that FarmDrop's largest investment was GBP100,000 while Open Food Network's was Aus2500  –  as well as the sheer scale of difference in the total sums raised. FarmDrop aspires to establish a standardised model that will 'scale up' to a mass level, citing a quantified market share target of current UK supermarket sale volumes, and envisioning an 'exit strategy' of a public stockmarket sale where its potential valuation is compared to AirBnB, the ubiquitous sharing economy behemoth.  Open Food Network, by contrast, conveys  a hope of growing by variable replication, primarily through sharing the code of its web-based platform and fostering partnerships with small community-based ventures. It has already begun such partnerships with existing local food projects in Scotland and the South-West of England.

This difference is closely linked to the design of ownership and control in the two projects. Although there is much less overt discussion of this in the two crowdfunding pitches, one important feature stands out clearly – the open source nature of Open Food Network's software platform. FarmDrop says nothing directly about this aspect of its pitch, but the exit strategy implies a closed intellectual  property model, as does the fact that Crowdcube, the funding platform, allows the sourcing of equity-based finance from venture capital as well as from so-called 'mom and pop' investors. Crowdcube also imposes a standard set of Articles of Association (not publicly available) upon funded projects, and FarmDrop is a private proprietary company controlled by its founders.

Interestingly, Open Food Network's company structure is not made visible through the pitch (it’s a non-profit and registered charity) – but the pitch does communicate an important plank of 'ownership and control' very differently from FarmDrop – that of control over the sharing of surplus. FarmDrop proudly foregrounds a specific measureable – and very high –  proportion that will go to farmers – 80p in the pound – with 10p to the 'Keeper' who coordinates the local pickup, and 10p to FarmDrop itself.  Open Food Network, meanwhile, gives no specific proportions but leaves it up to the farmer to set the price. While FarmDrop's 'pitch' thus seems markedly redistributive (at least, compared to supermarkets) , the more important – and less obvious – point is that Open Food Network delegates control over prices to farmers, while FarmDrop retains it. Given that FarmDrop is a private proprietary company, its promised generosity in terms of distributed proportions to farmers could change in the future. Nothing is built into the legal model of private proprietary companies to prevent this, and FarmDrop's tagline – “The simple principle of missing out the middleman powers everything we do” –  sidesteps the issue that the platform is a middleman – and potentially a massively powerful one.

Of course, Open Food Network's pitch is partially silent on ownership and control, at least in terms of the technicalities of legal models. But its commitments to open-source software and delegated price control communicate an ethos that extends what is shared, and on whose terms, more widely than the FarmDrop pitch. Open Food Network’s approach not so much cuts out middlemen as supports multiple small locally empowered networks that subscribe to the transparency of the platform.

Debates over the political and social implications of the sharing economy would be energised and clarified by the combination of a greater appreciation of ethos on the one hand, and more overt, transparent discussion about the legal models that will give structure to the visions glimpsed through the window of crowdfunding. These are linked issues. In a whimsical but provocative reflection on the foundations of sustainable practices, Ivan Illich argues that modern discussions of scale are blind to issues of proportionality and balance that cannot be captured by numbers or quantitative measurement. He remarks: “In his treatise on statecraft Plato remarks that the bad politician is he who confuses measurements with proportionality. Such a person would not recognize what is appropriate to a particular ethos, a word that originally implied a dwelling place, later something like "popular character."

In the context of this quote, it is perhaps fitting that FarmDrop chooses to highlight a numerical measure of farmer income, while Open Food Network delegate the general power of setting prices. More broadly, the general ethos of the Open Food Network project leaves much more room for the ‘particular ethos’ of different configurations of growers and customers to evolve, particularly on questions of ownership and control. The ethos of FarmDrop could be interpreted as one that to preserve the comfort and convenience of the shopping relationship while personalising it and at least appearing to shrink its scale.  Yet when the 'back-systems', particularly the financing, ownership and control and legal governance of projects are designed as FarmDrop's seem implicitly to be, such projects become potentially very similar to the mass-scale commodification the project appears to reject. All the same, the extent to which none of this is up front and centre in the crowdfunding pitches suggests there is more debate to be had here.

As experience has shown, growth and success down the line bring issues of underlying legal infrastructure painfully into contentious view. When CouchSurfing, once the more 'open' and 'truly sharing' version of AirBnB, went through some contentious governance change, angry couch-providers directly raised the importance of such issues as 'asset locks' within corporate governance structures. This is more than just a technical question, and more even than a political one, though it is certainly that. As important is the ethos of how particular models, or any modern 'template' structure, is embedded in practice. To quote Illich again,  "To consider what is appropriate or fitting in a certain place  – this is “a delicate task” requiring that we “retrieve something like a lost ear, an abandoned sensibility”. [image_3_small]

What would our lost ear hear, our sensibilities regain, if sustainable local food projects matched the design of ownership and control to the sense of fit and appropriateness of each place the project were implemented? What kinds of models would encourage such a sense of appropriate fit – cooperatives, community interest companies, benefit corporations? Illich views “a certain sensitivity to the appropriate as the necessary condition of friendship”.  As we peer through the window of crowdfunding pitches, which of the models offered us will make possible a relationship of friendship – that infinitely variable shared good, capable of expansive deepening but never of being 'scaled up' – to the earth? Ethos matters, and the legal infrastructure of ownership and control of sharing economy projects is a too-little-discussed facet of the sharing economy.

Bronwen Morgan is Professor of Law at UNSW Australia. She is interested in the interaction between regulation and rights, especially in the context of social activism. She has most recently

Bronwen Morgan is Professor of Law at UNSW Australia. She is interested in the interaction between regulation and rights, especially in the context of social activism. She has most recently explored the rise of the regulatory state in the developing world, access to urban water services in comparative perspective, and legal and regulatory support structures for social activists and social enterprises responding to climate change in Australia and the UK. She has a PhD from the University of California at Berkeley, USA and lives in Sydney, Australia.