Many architectural and city planning approaches to climate change focus on technical solutions like energy-efficient buildings, which is too little and possibly too late. The solution is to actively create social spaces like coworking, maker and leisure spaces in underused urban buildings.

Even the most energy-efficient new buildings will likely take up to 20 years to compensate for the energy they spent on the extraction, manufacture and transportation of the building materials required for their own construction. The lifecycle cost is rarely calculated for “green” buildings and at just 5 percent of all new constructions, they are a drop in the bucket compared with new and existing building stock.

Working these past five years in alternative economic communities, I learned that a smart reuse of existing urban spaces plays an important role in developing new sustainable practices. I learned to see places not as things for architects to build but as a way to change the attitudes of participants. These places have many names: coworking spaces, maker spaces, living-labs, third places and urban incubation hubs. They accommodate a mix of activities such as business, leisure, sports, culture, arts and community programs and often have the common characteristic of open-mindedness. However, getting all these different people with different agendas to work together is not an easy task. Public or private representatives rarely know how to deal with these complex organisations. But that’s exactly what they can learn from them: how to manage entangled issues with engaged people.

During a four-year European action-research, we worked with a wide range of people developing sustainable working spaces in Lisbon, Bilbao, Pula, London and Bordeaux. We discovered five interdependent aspects that governed the successful creation of these spaces: objectives, participants, resources, services and protocols. A certain set of objectives will unite a certain group of participants. These participants can then share their resources to propose services that are in tune with their objectives. Once an initiative reaches critical mass, protocols will be necessary, such as leases, prices and codes, so it can sustain itself. These five aspects became a frame for telling the stories of these places and later for presenting the work to international organisations such as the COP21 and the UN Creative Cities Network. 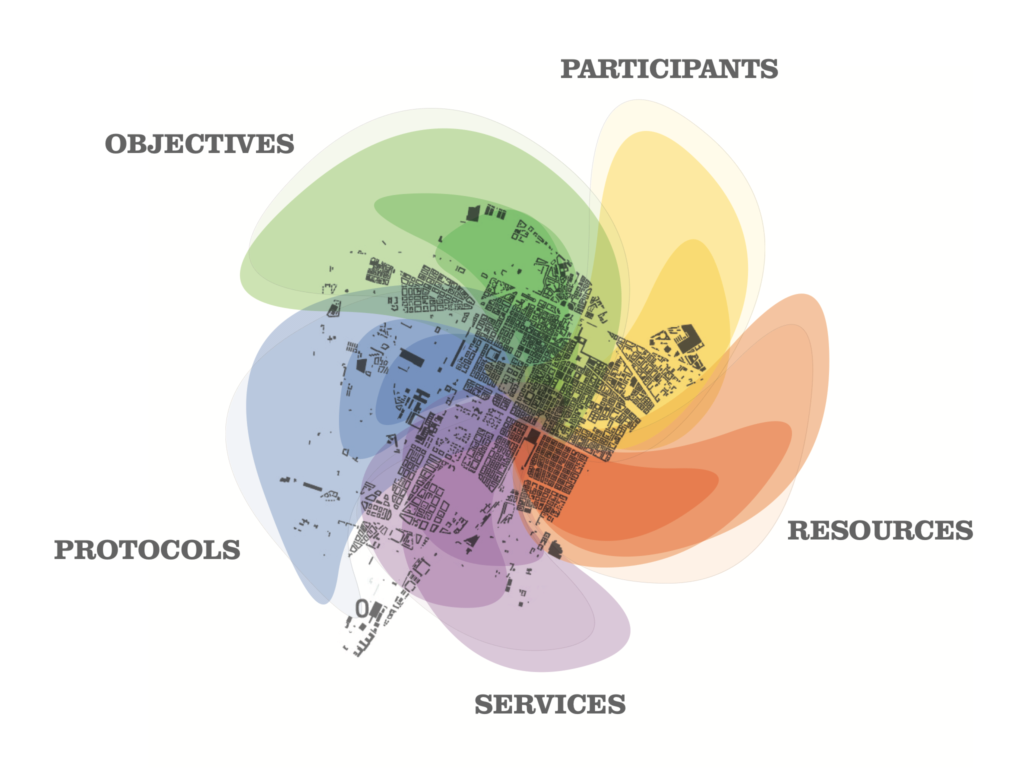 Awareness of our climate crisis is growing but the rise in awareness has not been matched by an acceleration of action. The transition to a new climate is usually framed as an environmental, economic and quantitative issue but, like the French association Négawatt, I believe one-third of the solution is social. This is where a collaborative approach can help: Cross-sectoral collaboration in site-specific work between different disciplines and communities can unlock social value.

When studying urban incubation hubs using the VCRS approach, it emerged that cross-sectoral collaboration stimulates two important aspects of transition: technical innovation for sustainability and social connections. Social value is often projected as the result of a process but in the case of urban incubation hubs it is actually is a means for the process.

In two projects we studied, Het Schieblock in Rotterdam and De Ceuvel in Amsterdam, people have tackled the sustainability challenge by taking control of their own environment’s development. These projects are win-win situations that have great potential for the climate transition. They produce technical innovations and create connections between stakeholders and citizens, creating  a bridge between social and technical objectives.

The Schieblock in the Rotterdam Central Business district, is a formerly disused office block worth 50 million euros (about $55 million US) that has been re-occupied by social and creative businesses. The city wanted to develop new office buildings but, as one real estate consultant pointed out, that would not build the economic development the city was aiming for.

So the city opened it up to temporarily house social and creative businesses, including the 1,000m2 DakAkker urban farm. With heat-resistant greening, flood-proof water storage and agricultural innovation, the farm is used for educational and experimental purposes. Its techniques are now required for building permits in Rotterdam. All of this is taking place right under the windows of Unilever Headquarters, showing how social yield is combined with technical yield for sustainable development. The cross-sectoral collaboration of these various neighbors stimulates social connections between different communities and sparks sustainable technical innovation.

Governments, developers can help or hinder

To scale urban incubation hubs requires the support of the government and business community. It must start to accept social value as a measure of growth — from Gross Domestic Product to Gross Domestic Happiness — as in Bhutan and New Zealand. There are unsustainable mechanisms in the conventional economy, such as the transaction value of vacant property and ‘economy of scale’ which lead to value destruction, that accelerated the decline of Detroit in the 1990s.

Large organisations, such as local governments, property developers and investors, mostly manage large assets for the long term and are rarely concerned with temporary and small under-occupied assets because of their small yield. This creates ‘free’ cavities of vacancy like abandoned buildings that have no business model, only security issues. Rather than pay security to watch over empty properties, in The Netherlands it is common to sign temporary contracts with occupants who also improve local security while occupying a home temporarily. This practice is easily extended to nonprofit or small businesses, and offers a low-cost place for local initiatives to grow into feasible social businesses.

Experimental collaborations between groups, individuals, local governments and business has the potential to generate enormous social value but they must be practiced in strong coalitions where different initiatives help rather than frustrate each other. Collaborating and sharing initiative and ownership stimulates involvement, connection and belonging but it also creates uncertainty for the government and the business community. They have questions like: How do you know where you’ll end up with an initiative? Who is ultimately responsible for what? This requires new types of agreements. 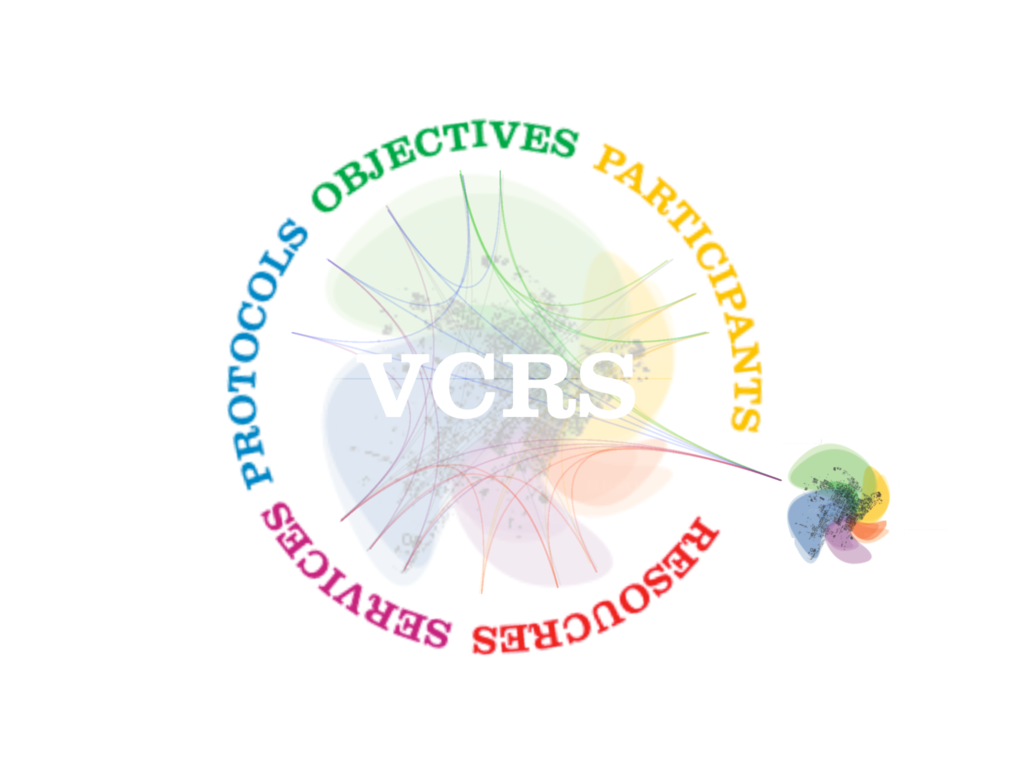 The VCRS instrument is a good tool for this because it is recognisable from the different sectors, communities and professional groups. My goal is for it to develop into a protocol that requires everyone to play by the same rules and means all can contribute and profit from their investment. Innovation can then be accelerated and broadened as a mutual understanding is reached of each participant’s contribution. For now, we want to build more prototypes in order to explore transition in practice. A workshop format is available for those who want to know more.

As an architect who is used to seeing space as an objective, it is fascinating to see how space can  converge ideas into actions. Sustainable architecture suddenly becomes much more that an energy efficient building, it becomes a place that stimulates community well being.

Christiaan Weiler cab42/cab54 offers design, consultancy and construction services and focuses on technical and programmatic innovation, with sustainable solutions for spatial planning. Three principles are central to his work: 'sustainability',

Christiaan Weiler cab42/cab54 offers design, consultancy and construction services and focuses on technical and programmatic innovation, with sustainable solutions for spatial planning. Three principles are central to his work: 'sustainability', 'adaptability' and 'identity'. He is a lecturer and researcher at various international institutions and ethnographic research projects in the field of architecture and urbanism.