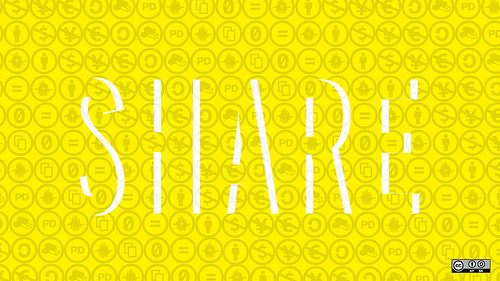 The future of the cultural commons looked dim in December 2002: Napster had been shuttered a year earlier, while record labels treaded warily into selling DRM-locked music online. The FCC dismantled regulations forestalling the consolidation of media ownership. And as the housing bubble inflated, privatization — of media, public space, scientific and technological research, even the military — became the watchword of the day.

A decade later, the cultural commons remains threatened, but stands on somewhat firmer ground. The record industry abandoned its futile efforts to lock music to users or devices, a costly lesson movie studios and book publishers seem determined to learn for themselves. An emerging generation of cultural producers acknowledge that “good theft,” as Austin Kleon puts it, is a fundamental part of the creative process. And Creative Commons — a once heretical notion to develop a copyright system for cultural works based on the principles of open source software development — is celebrating its tenth year. 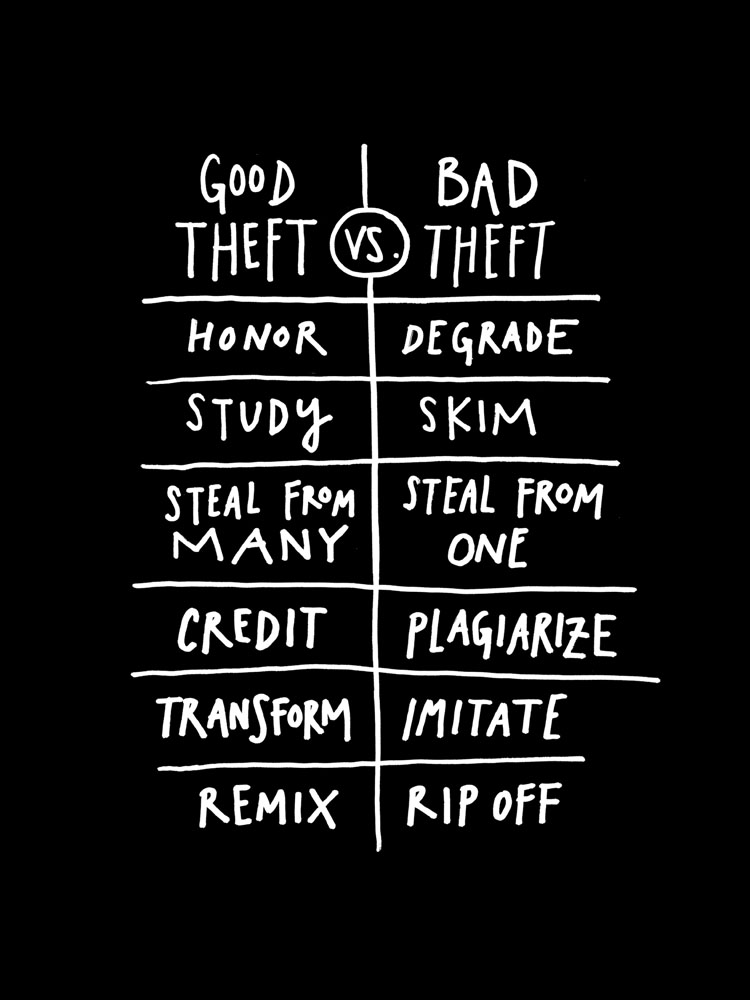 By Austin Kleon, from his book Steal Like an Artist.

Founded in 2001 by Lawrence Lessig, then a Stanford Law professor, and a board of directors that included Duke Law School’s James Boyle and Eric Saltzman of Harvard’s Berkman Center for Internet and Society, Creative Commons announced its first copyright licenses on December 16th, 2002. In an announcement, the organization’s Executive Director Glenn Otis Brown stated “One of the great lessons of [open source] software movements is that the choice between self-interest and community is a false choice. If you’re clever about how you leverage your rights, you can cash in on openness. Sharing, done properly, is both smart and right.”

The organization — and the larger free culture movement in general — is not without critics, now and then. Some are intent on rehashing arguments about the dubious economic and artistic value of retaining inalienable and irrevocable rights to intellectual property. Purists take exception to licenses that state “some rights reserved.” More pointed critiques question the efficacy and impact of Creative Commons, observing that the licenses remain untested in many courts, are often embraced by creators as their careers are either on the ascent or descent.

But anyone holding their breath for the Rolling Stones or Michael Bay to embrace Creative Commons might want invest in ventilators. Meanwhile, the purists’ definition and parameters of what constitutes free culture remain situated, as such notions often do, at the fringes of culture and academia.

The pragmatic critiques hold more weight: A decade in, the organization and its licenses has achieved only modest success in the courtroom. Creative Commons has been ported to over 70 jurisdictions globally, it has only been upheld in a handful of court cases.

[image_1_small_right]More important, perhaps, is the cultural capital accrued by the principles that Creative Commons champions. These concepts are taking root in the mass psyche, albeit incrementally. They’re espoused by bestselling author Jonathan Lethem, whose Harpers essay “The Ecstasy of Influence,” a manifesto comprised of scraps from other texts, makes a powerful case for the artistic value of preserving a free, widely accessible, and endlessly mutable shared cultural heritage. Lethem writes:

Artists and their surrogates who fall into the trap of seeking recompense for every possible second use end up attacking their own best audience members for the crime of exalting and enshrining their work. The Recording Industry Association of America prosecuting their own record-buying public makes as little sense as the novelists who bristle at autographing used copies of their books for collectors. And artists, or their heirs, who fall into the trap of attacking the collagists and satirists and digital samplers of their work are attacking the next generation of creators for the crime of being influenced, for the crime of responding with the same mixture of intoxication, resentment, lust, and glee that characterizes all artistic successors. By doing so they make the world smaller, betraying what seems to me the primary motivation for participating in the world of culture in the first place: to make the world larger.

The free culture movement that Creative Commons helped kickstart has provided legal support and ample publicity to struggling creators like filmmaker Nina Paley. It’s been embraced by unlikely institutions such as The World Bank, whose Open Access Policy requires that its research papers are licensed under a CC Attribution license. News outlets such as Wired and Al Jazeera release works of photojournalism to the commons, while the likes of Nature release genomic research under the license.

As was the case a decade ago, the future of Creative Commons and the free culture movement may be predicted by developments in the open source community. In recent years, git, a version control system for software development, has become a prevailing way for coders to collaborate, share, and build upon each others’ work. The most mainstream iteration is GitHub, a public hub for developers to easily connect, collaborate, and iterate on code. Using GitHub, modifying an existing project to serve your own needs or goals is as easy as clicking the “fork” button.

Increasingly, GitHub is not only hosting code. Designers are posting editable templates and Illustrator files to the site, while GitHub Pages hosts writing by forward-thinking bloggers, journalists, and authors.

The notion of a platform that makes it easy to create new and modified versions of creative works, while retaining chains of attribution back to those that have come before, may seem radical to some, untenably geeky to others. But as Creative Commons has demonstrated for the past decade, software development is a creative and collaborative process from which artists and other cultural creators can learn much, to enrich their work by preserving and building upon our shared cultural heritage.