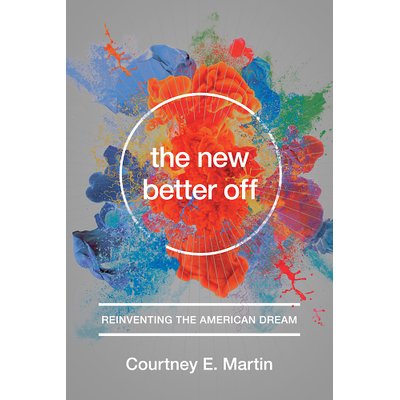 Article by Andrea Newell, cross-posted from the Story of Stuff.

The American Dream of our parents’ generation left us broke, unhappy, and bereft of planetary resources. What’s so inspiring is that the new “better off” is cheaper, lighter on the planet, and a whole lot more fun.

Courtney Martin, columnist for On Being, co-founder of the Solutions Journalism Network and author of several books, (Do It Anyway: The New Generation of Activists and more) has released a new book, The New Better Off: Reinventing the American Dream. In it, she examines how upcoming generations can be “better off” than their parents as we all continue to recover from an economic crisis, have lost the safety net of “job security,” and many of the traditional ways we have always looked at work, family, and happiness have been turned upside down.

On the eve of book’s release, Courtney shared her thoughts on “the new better off” with the Story of Stuff Project.

We started by asking, How did she start thinking about what the new “better off” would look like?

“The recession and my late 20s hit at the same time, so it was this perfect storm of thinking, ‘Is this really what adulthood feels like? How do I want to define success? What is the good life now?’”

Indeed, in her book, Courtney points out how stagnant and stifling adulthood has become as we “fall in line” and march toward our cubicles, where our work weeks continue to get longer as we labor just to pay for things like a mortgage or credit card bills. Adulthood is where activism goes to die, and then we end up living someone else’s dream and wishing the hours away until the weekend comes (during which many of us will be working anyway).

Are we really “better off” than the generation before us? We are following in their footsteps, but the world has changed so much that the trail has gone cold and we can no longer find our way. So, it’s time to aim for different outcomes than our parents did.

How does Courtney define “better off”?

“It’s about creating a life where what you do every single day, the way you spend your precious time, energy, money, lines up as closely as possible with what you believe. It’s about building community, not acquiring Stuff or status. And it’s about abandoning fragmentation (work/life) and choosing to show up whole instead,” she says.

Many factors contributed to the disruption we have seen in work culture in the past decade, not the least of which being the recession, and out of it we have seen the rise of the gig economy, where steady, long-term employee positions have declined and freelancing has become mainstream. In the absence of job security, many have decided that their jobs aren’t worth sacrificing time and passion for and have broken out of line and pursued work that is meaningful, rather than just lucrative.

Courtney believes that, back when we were all still falling in line to be one of many in sea of desks, we were essentially alone. Now, with freelancing it would seem like people are farther apart than ever. But coworking and cohousing are trending all over the world. In 2014, Courtney wrote, Deskmag’s survey of 3,000 workers worldwide showed that 7 out of 10 coworking facilitators said that desk space couldn’t keep up with the demand for coworking space. Denmark has 700 cohousing communities, while the U.S. is lagging far behind with 150 and counting.

As we redefine how we work and how we relate to each other, we create a new kind of community. Courtney writes that coworking and cohousing are both situations where people have a chance to network with people they might not otherwise meet. When they worked at traditional jobs, where, say, marketing people sat with marketing people, and there was an undercurrent of job competition, people wore their “job persona,” which kept them at a distance from each other. In a coworking space where competition is removed, people can be more genuine and form more authentic relationships.

Along with pursuing more fulfilling work, we are all having to rethink our relationship with money. And that’s a big one. 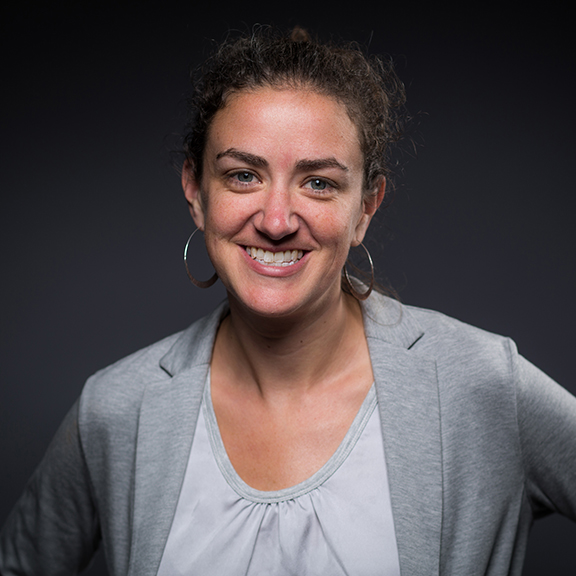 “The average American family earns slightly less than it did in 2000. So it begs that question: many of us may be earning less money, but are we doing worse? I don’t mean financially worse, but emotionally, physically, spiritually, communally, existentially worse. I mean the kind of worse that matters most when you’re lying on your deathbed and looking back,” she writes.

Are we doing worse? The numbers say yes, but many others say no. Courtney interviews several peers in the book, including “Beth,” who diligently ran on the corporate hamster wheel in New York City for years, only to lose her job while out on maternity leave when the recession hit. Several years later found her living in Mississippi, making a fraction of what she previously had made per year, and joining the other women in town in the hobby of making a dollar stretch (they call it being “tight,” not cheap).

So what goes hand-in-hand with freedom and frugality? Less Stuff. Along with a new perspective about money, people are rethinking what they should spend their money on. Younger generations are veering away from buying property and expensive cars and being burdened by large monthly payments that weigh them down.

In the book, Courtney talks about the exercise of asking people to name what possession they would save if their house was burning down. The answers she got showed that amid all the Stuff we all have, most people home in on a sentimental item, which had a memory attached to it but no objective “worth.”

These are our real treasures. “All the rest is, well, Stuff,” she writes.

The bottom line, Courtney says, is that each of us should take a step back and define what “better off” means to us.

“It’s leaving a job that pays well but makes you feel like a cog for a freelance life that makes you feel like a creator — the financial highs and lows be damned. It’s sharing a car with a few friends and learning how to repair your favorite pair of jeans. It’s moving in with your grandmother because she needs someone to reach the highest shelf in the kitchen and you need someone who helps you keep our turbulent times in perspective. It’s putting your cell phone in a drawer on Saturday afternoon and having the best conversation of your life that night. It’s starting a group for new dads where you admit how powerful and confusing it is to raise a tiny human,” she writes.

This gave us a lot to think about. We asked Courtney for any final recommendations based on her research for this book. Her advice?

We have a problem with Stuff:  we have too much of it, too much of it is toxic and we don’t share it very well. But that’s not the way

We have a problem with Stuff:  we have too much of it, too much of it is toxic and we don’t share it very well. But that’s not the way things have to be.

That’s the challenge our founder Annie Leonard unpacked in her groundbreaking 2007 online documentary, The Story of Stuff, which unleashed a torrent of pent-up demand for honest conversation about our consumption-crazed culture. In the eight years since we released that first film, our nine award-winning animated movies have garnered more than 50 million online views around the world and encouraged viewers to support hundreds of environmental projects and campaigns with their time, energy and money.

Today, our San Francisco Bay Area-based team inspires and encourages the civic engagement of the more than one million members of our global Community. We invite you to be inspired by and share our movies, participate in our study programs, and take part in campaigns on the environmental and social issues you care about. Join us!