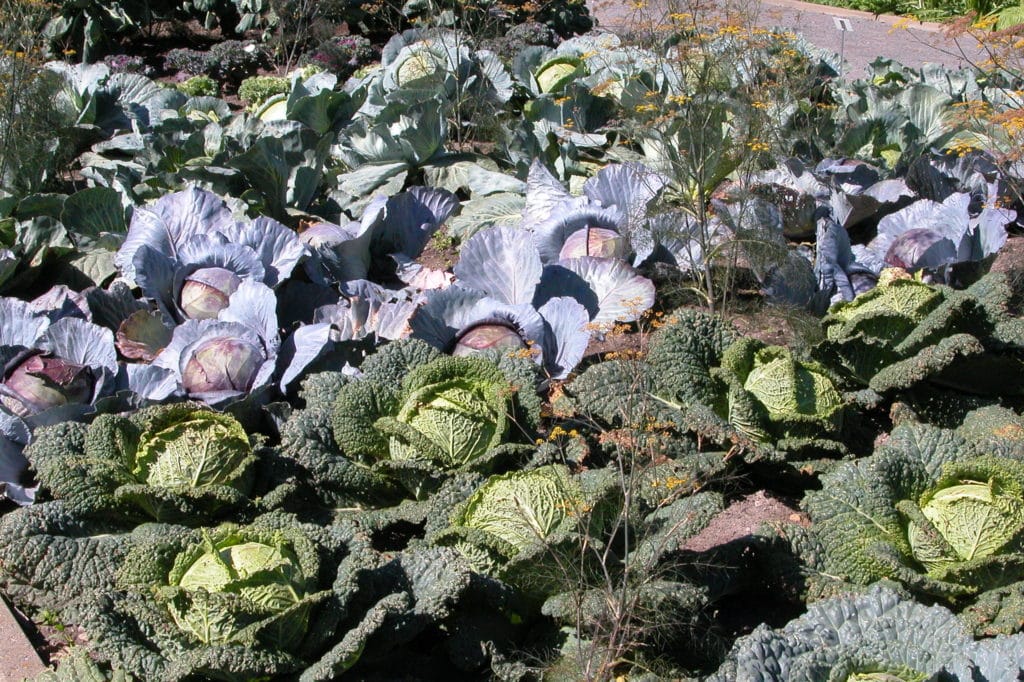 In pre-pandemic times, the Jardin des nouveautés (Garden of Innovations) in Montreal’s Botanical Garden was a showcase for the latest trends in ornamental horticulture. When COVID-19 led to the closing of the site for a few crucial weeks in April and May, however, the window of time to source and plant the bulbs and shrubs had been lost.

At the same time, organizations that supply food to Montrealers in need were seeing demand creep up and distribution capacity drop. As borders slammed shut, concerns were also being raised about the country’s fruit and vegetable supply chain, heavily dependent on foreign importations and foreign labor. Rumors of food shortages were spreading, and people were rushing to grocery stores to stock up.

To help, Botanical Garden staff swung into action, converting the 3,000-square-meter Jardin des nouveautés (and a few smaller educational gardens) into vegetable gardens, doubling their vegetable production capacity. The vegetables will be donated to community organizations, providing fresh greens to Montrealers in need.

Charles-Mathieu Brunelle is the director of Espace pour la vie (Space for Life), a vast educational complex in the shadow of the city’s Olympic Stadium which contains the Biodome, a nature museum, along with a planetarium, an insectarium and the Botanical Garden. “Espace pour la vie exists not only to connect people to nature, but to contribute to the community,” he says. “We all thought about what we could do to help.”

Brunelle explains that the roots (pardon the pun) of the idea stretch back as far as World War I, when “victory gardens” became popular. “The idea at the time was to encourage people to grow their own food, so that trains that were ordinarily used to transport food could transport soldiers,” says Brunelle. The Botanical Garden was gradually built over the course of the 1930s, and during World War II, its founder — a monk known as Frère Marie-Victorin — set up a demonstration victory garden to provide five people with fruits and vegetables for a year. Brunelle estimates that the modern victory gardens, totalling a hectare of space, will be able to provide 100 people with fruits and vegetables for a year. Gardeners will grow kale, spinach, lettuce, potatoes, beets and rutabagas, along with a selection of herbs and hardy local berries.

“This isn’t just a symbolic gesture; it’s real help,” says Anne-Marie Aubert, coordinator of the Montreal Food System Council, a regional round table on food security which brings together more than 200 public, private and nonprofit organizations involved in various stages of food distribution. “People are concerned about the availability of fruits and vegetables because there may be a labor shortage in the fields this summer, and [adding more vegetables] will improve the quality of the food distributed by food banks.”

While the Botanical Garden may be the city’s largest communal vegetable garden this summer, it won’t be the only one. Surveys show that between 35 and 50 percent of Montrealers practice some form of urban gardening. Mayor Valérie Plante answered the pleas of thousands of gardeners when, on April 30, she approved the opening of the city’s 97 community gardens — although those on the two-year waiting lists for some gardens will have to keep waiting. A multi-sector working group called Cultiver Montreal, which promotes urban gardening, recently received a $45,000 city subsidy; according to CTV News, one of its programs is a seed delivery service for home gardeners.

Espace pour la vie will also encourage Montrealers to learn to grow their own food, with a series of bilingual, online videos about urban gardening. The videos will be available in French and English, and some will be targeted to children. Brunelle hopes that later in the summer, the garden will be able to host in-person workshops to demonstrate vegetable-growing techniques.

“At the Botanical Gardens, we have done education programs with kids where the kids recognize car logos more readily than they recognize different kinds of birds or plants,” says Brunelle. “People don’t know what’s around them. Even in the thirties, Frère Marie-Victorin saw that we were losing that connection with nature. Food self-sufficiency is the basis of everything; it allows us to feed ourselves and realize that nature feeds us.”

“This crisis has made a lot of people aware of the importance of food security and food self-sufficiency,” says Aubert, herself an avid window-box tomato grower. “We were already seeing a bit of a resurgence in urban gardening and buying locally, but now even more people are seeing the value in those approaches. Lots of people are going to be growing food on their balconies now, because we’ve all seen the value of being able to feed yourself.”