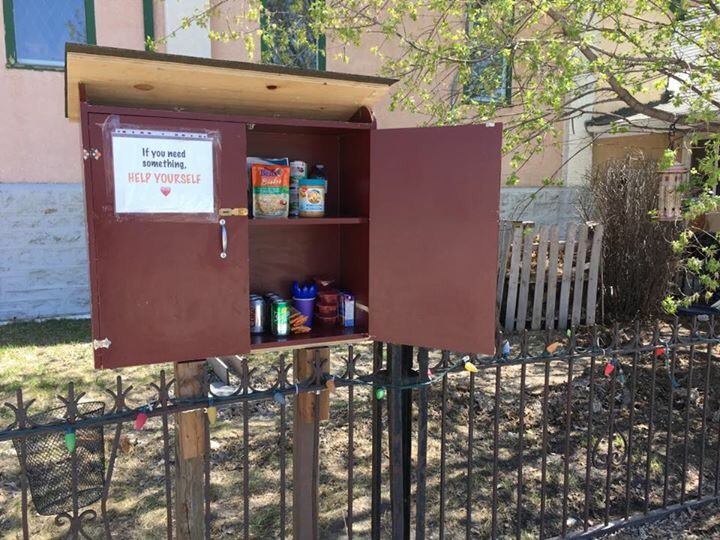 The idea behind the community cupboard is straightforward: If you have food or other items you want to share, put it in the cupboard, and if you need anything, just take it. Kelly Hughes and Andrea Vaile opened an outdoor cupboard in front of their house in Winnipeg's Centennial neighborhood at the beginning of June. "It seemed like something that had to be done, and we were here, so why not do it?" says Hughes, the project's cofounder.

Centennial, sandwiched between the trendy Exchange District and the deprived North End in downtown Winnipeg, is one of Canada's poorest zip codes — the median income in the neighborhood in 2014 was below $30,000 per year. The cupboard is providing much-needed free food and other household items to people living in poverty. "The cupboard is always open — if someone is wandering home and realizes they haven't eaten all day, there is food there," says Hughes. The cupboard project is also creating opportunities for neighbors to meet and talk across geographic or socioeconomic lines.

We got in touch with Hughes to talk about the couple's experience creating the Fountain Street Community Cupboard, and — hopefully — to inspire the creation of similar projects across the nation.

Ruby Pratka: What motivated you to start this food cupboard?

Kelly Hughes: My partner, Andrea, read on a website about someone doing it in the States. We didn't invent the concept, although we weren't sure if someone was already doing it in our city or province. We've been open for about three weeks.

We're both very conscious of social inequality — Andrea is the kindest, most patient person I know. If she sees an injustice, she jumps on it. I credit her with helping me to think differently about some stuff. I owned a retail store for a long time, and sometimes I kicked people out and found certain people an annoyance. She and I have lived in various poor areas in Winnipeg for 20 years, but this is a new level of down-and-out. Manitoba Housing is the biggest landlord, there are some slumlords and people are really desperate. It seemed like something that had to be done, and we were here, so why not do it? 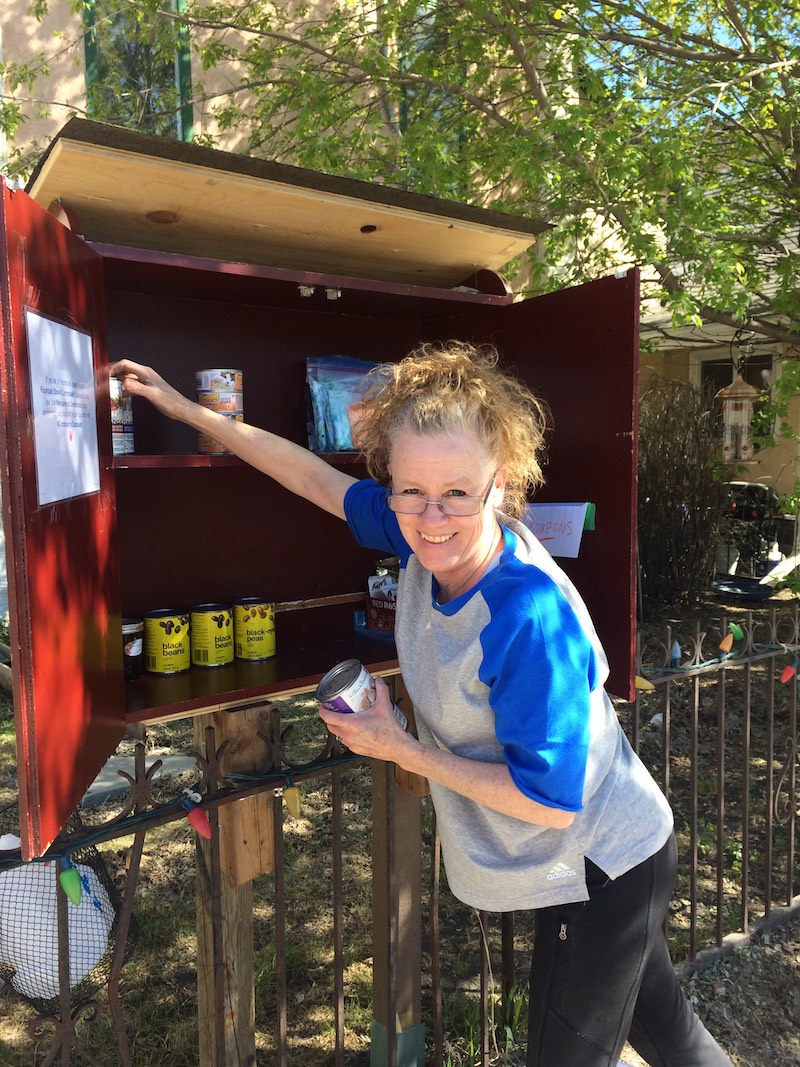 How does it work?

People put supplies in and take them out — some people trade stuff. Many people take more than they get. We bought the initial food but people are now giving us donations. We keep them in a sort of staging area in our yard. People can just come by and put stuff in or out. Some friends of ours who live far away have given us money, others have transferred us supermarket loyalty points. The cupboard has emptied and filled a few times throughout each day.

What has the response of the community been like?

The response has been almost uniformly positive. There was a bunch of media attention which we didn't expect. I made a Facebook post, and we ended up with over 1,700 likes and 1,300 shares. We got some TV, print, and radio coverage, and we were on the national news, but it's just a simple idea that seemed like something we should do. We decided to do it as soon as the ground was soft enough in the spring. I put a cupboard at the edge of the yard. It's such a simple idea — people can drive by and put stuff in but we also encourage people to do their own.

Why is this project a good fit for your neighborhood and your city?

We do live in the second-poorest postal code in the nation. We are within three or four blocks of a few large missions. The cupboard is always open. If someone is wandering home and realizes they haven't eaten all day, there is food there. Also, sometimes the people who are dropping off food are better off [financially], they have a chance to meet our neighbors and find out what their names are. When that happens, a person who is homeless or in poverty becomes a person, a neighbor.

What does the demand for the cupboard show about poverty and food security in Winnipeg?

Poverty and food security are huge problems in Winnipeg. We believe they are deep systemic issues and this is just a drop in the bucket. We didn't have a big plan, we just wanted to help feed our neighbors, but we do want people to think about these systemic issues. With the shelter system, we warehouse people, we ship them off and we make them invisible. Initially I thought, I don't want a food cupboard in my yard, but the more I thought about it, the more it made sense. We grew up in a different environment, a more stable environment; we parachuted ourselves in here and found that there was a lot of poverty and there were a lot of people with totally different life experiences. We were just trying to be good neighbors.

How can the rest of the community help?

We are planning to do an information-and-chat session for people who are interested. I'm a carpenter and I'm happy to help with the cupboard-building aspect; after that, people can just run with it.

We have been very surprised by the response. We are continuing to encourage people to share what they've got. Neighbors are coming to drop stuff off, we are buying some stuff out of pocket, and this idea of transferring loyalty points is going very well. Usually we have a small inventory of food and hygiene products. One thing we always need is feminine hygiene products. 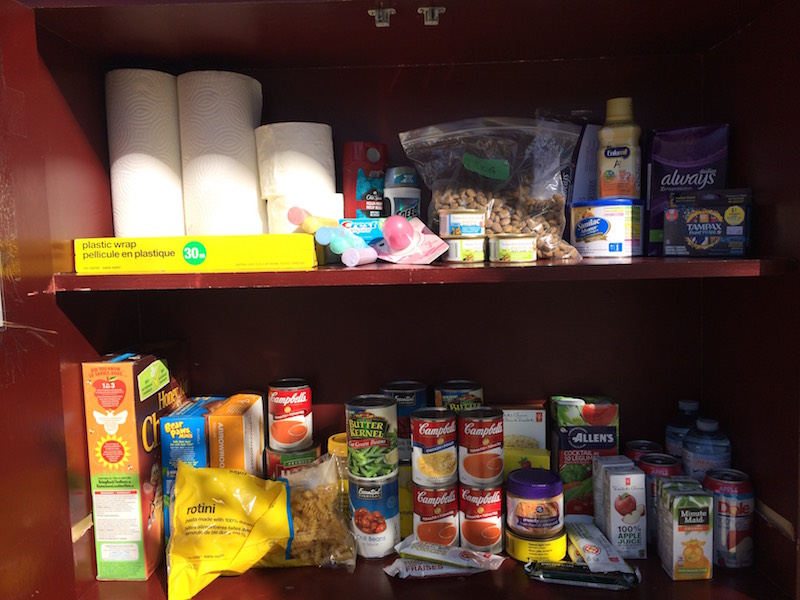 What are your long-term plans for this project?

Right now, it's a day-to-day thing. We don't really have a master plan. I've never sat there and watched the cupboard all day, but we're definitely getting over 100 people a day, maybe more. We'll see what happens.

All photos courtesy of Andrea Vaile.