Commons Sense: A Declaration of Interdependence - Shareable
Skip to content 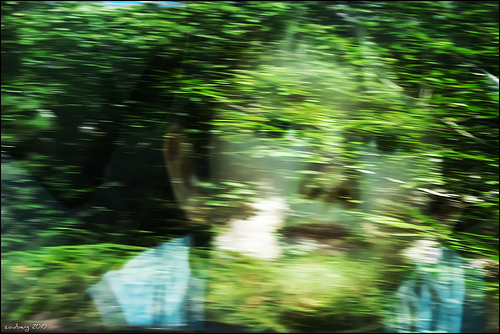 In many places across America, families scaled back their 4th of July festivities this year on account of searing heat. The threat of wildfires from unusually dry weather meant that some towns throughout the West cut back on fireworks displays. This should prompt everyone—especially political and business leaders—to think more seriously about the threat of climate disruption. But it’s also an occasion to consider the ways in which the pursuit of happiness in years to come will depend on linking our desire for independence to our need for interdependence. What happens throughout the world will increasingly affect life at home in the United States.

At that time there was little discussion of the commons, except as a “tragedy”. But this declaration could be seen as one of the founding documents of the movement that’s emerging now to preserve and sustain what belongs to all of us for the benefit of everyone, including future generations.
— From On the Commons

A DECLARATION OF INTERDEPENDENCE
The World Affairs Council of Philadelphia, 1975

When in the course of history the threat of extinction confronts (hu)mankind, it is necessary for the people of the United States to declare their interdependence with the people of all nations and to embrace those principles and build those institutions which will enable mankind to survive and civilization to flourish.

Two centuries ago our forefathers brought forth a new nation; now we must join with others to bring forth a new world order. On this historic occasion it is proper that the American people should reaffirm those principles on which the United States of America was founded, acknowledge the new crises which confront them, accept the new obligations which history imposes upon them, and set for the causes which impel them to affirm before all peoples their commitment to a Declaration of Interdependence.

We hold these truths to be self-evident: that all men (and women) are created equal; that the inequalities and injustices which afflict so much of the human race are the product of history and society, not of God or nature; that people everywhere are entitled to the blessings of life and liberty, peace and security (and dignity) and the realization of their full potential; that they have an inescapable moral obligation to preserve those rights for posterity; and that to achieve these ends all the peoples and nations of the globe should acknowledge their interdependence and join together to dedicate their minds and their hearts to the solution of those problems which threaten their survival.

Let us then join together to vindicate and realize this great truth that (hu)mankind is one, and as one will nobly save or irreparably lose the heritage of thousands of years of civilization. And let us set forth the principles which should animate and inspire us if our civilization is to survive.

WE AFFIRM that the resources of the globe are finite, not infinite, that they are the heritage of no one nation or generation, but of all peoples, nations and of posterity, and that our deepest obligation is to transmit to that posterity a planet richer in material bounty, in beauty and in delight than we found it. Narrow notions of national sovereignty must not be permitted to curtail that obligation.

WE AFFIRM that the exploitation of the poor by the rich, and the weak by they strong (also known as rankism) violates our common humanity and denies to large segments of society the blessings of life, liberty and happiness. We recognize a moral obligation (and a dignitarian imperative) to strive for a more prudent and more equitable sharing of the resources of the earth in order to ameliorate poverty, hunger and disease.

WE AFFIRM that the resources of nature are sufficient to nourish and sustain all the present inhabitants of the globe and that there is an obligation on every society to distribute those resources equitably, along with a corollary obligation upon every society to assure that its population does not place upon Nature a burden heavier than it can bear.

WE AFFIRM our responsibility to help create conditions which will make for peace and security and to build more effective machinery for keeping peace among the nations. Because the insensate accumulation of nuclear, chemical and biological weapons threaten the survival of (hu)mankind we call for the immediate reduction and eventual elimination of these weapons under international supervision. We deplore the reliance on force to settle disputes between nation states and between rival groups within such states.

WE AFFIRM that the oceans are the common property of (hu)mankind whose dependence on their incomparable resources of nourishment and strength will, in the next century, become crucial for human survival, and that their exploitation should be so regulated as to serve the interests of the entire globe, and of future generations.

WE AFFIRM that pollution flows with the waters and flies with the winds, that it recognizes no boundary lines and penetrates all defenses, that it works irreparable damage alike to nature and to (hu)ankind – threatening with extinction the life of the seas, the flora and fauna of the earth, the health of the people in cities and the countryside alike – and that it can be adequately controlled only through international cooperation.

WE AFFIRM that the exploration and utilization of outer space is a matter equally important to all the nations of the globe and that no nation can be permitted to exploit of develop the potentialities of the planetary system exclusively for its own benefit.

WE AFFIRM that the economy of all nations is a seamless web, and that no one nation can any longer effectively maintain its processes of production and monetary systems without recognizing the necessity for collaborative regulation by international authorities.

WE AFFIRM that in a civilized society, the institutions of science and the arts are never at war and call upon all nations to exempt these institutions from the claims of the chauvinistic nationalism and to foster that great community of learning and creativity whose benign function it is to advance civilization and the health and happiness of (hu)mankind.

WE AFFIRM that a world without law is a world without order, and we call upon all nations to strengthen and to sustain the United Nations and its specialized agencies, and other institutions of world order, and to broaden the jurisdiction of the World Court, that these may preside over a reign of law that will not only end wars but end as well that mindless violence which terrorizes our society even in times of peace.

We can no longer afford to make little plans, allow ourselves to be the captives of events and forces over which we have no control, consult our fears rather than our hopes. We call upon the American people, on the threshold of the third century of their national existence, to display once again that boldness, enterprise, magnanimity and vision which enabled the founders of our Republic to bring forth a new nation and inaugurate a new era in human history. The fate of humanity hangs in the balance. Throughout the globe, hearts and hopes wait upon us. We summon all (hu)mankind to unity to meet the great challenge.