CommonBound Recap: There Are Many Alternatives - Shareable
Skip to content 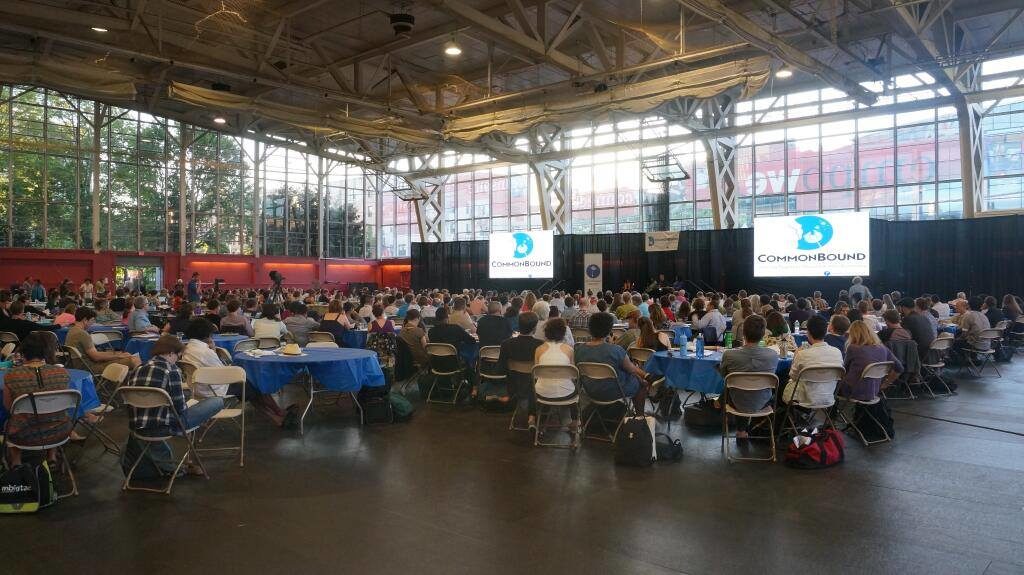 “One of the most frightening things to the people who oppose the development of a new economy is the possibility that we are actually able to do things for ourselves. One of the ways that old economy is able to exist is on the notion that ‘There Is No Alternative’ (TINA). To that we must resolutely and consistently say: ‘TAMA’ (There Are Many Alternatives).” Those were the words which Ed Whitfield of Fund for Democratic Communities left the crowd with after his inspiring keynote speech; kicking off the weekend long CommonBound 2014 conference with gusto.

The New Economy Coalition hosted their third annual conference in Boston this June with a packed house of over 650 people. Topics ranged from Divestment from Fossil Fuels and the Prison Industrial Complex to Local Resilience, Local Power from discussing whether or not There (is) a Place in a Regenerative Economy for Global Corporations to Timebanks, Community Currencies and the Search for an Inclusive Transition. The program was designed to be inclusive of the multifaceted ideas, initiatives, businesses and organizations who are currently shaping the New Economy and it was just that. In addition to the diversity of ideas, those presenting and leading the discussions were equally diverse, setting the intention for the inclusiveness our movement must embody if it is to be successful.

Those attending the conference were a mix of delegates from the 110 organizations who comprise the NEC, researchers, businesses, entrepreneurs, social scientists, students, social investment firms, nonprofits and more. NEC began with a simple observation: that all around us people were working together to address threats to our communities and the environment and that these efforts lacked a collective identity. There is a need for a facilitated coalition, a place where people could exchange ideas, collaborate and practice solidarity by offering help and support and for the last few years the NEC has played that role.

For some, CommonBound was an introduction and entry-point to the movement, which provided tools, ideas, and networks they could bring home to their communities. For others, the conference was a critical moment for propelling existing work forward, utilizing the opportunity to build relationships with key collaborators and connect local efforts to broader campaigns and the emerging movement for a new economy. There was a healthy balance of all conference plenaries, networking opportunities, workshops and presentations, social interaction and both regional and interest breakout sessions.

As to not forget the importance of art and celebration in all movements the organizers remembered the words of Emma Goldman, “A revolution without dancing is not a revolution worth having” and the conference featured an evening dance party in addition to performances from Climbing PoeTree, a talent show and interactive art projects. 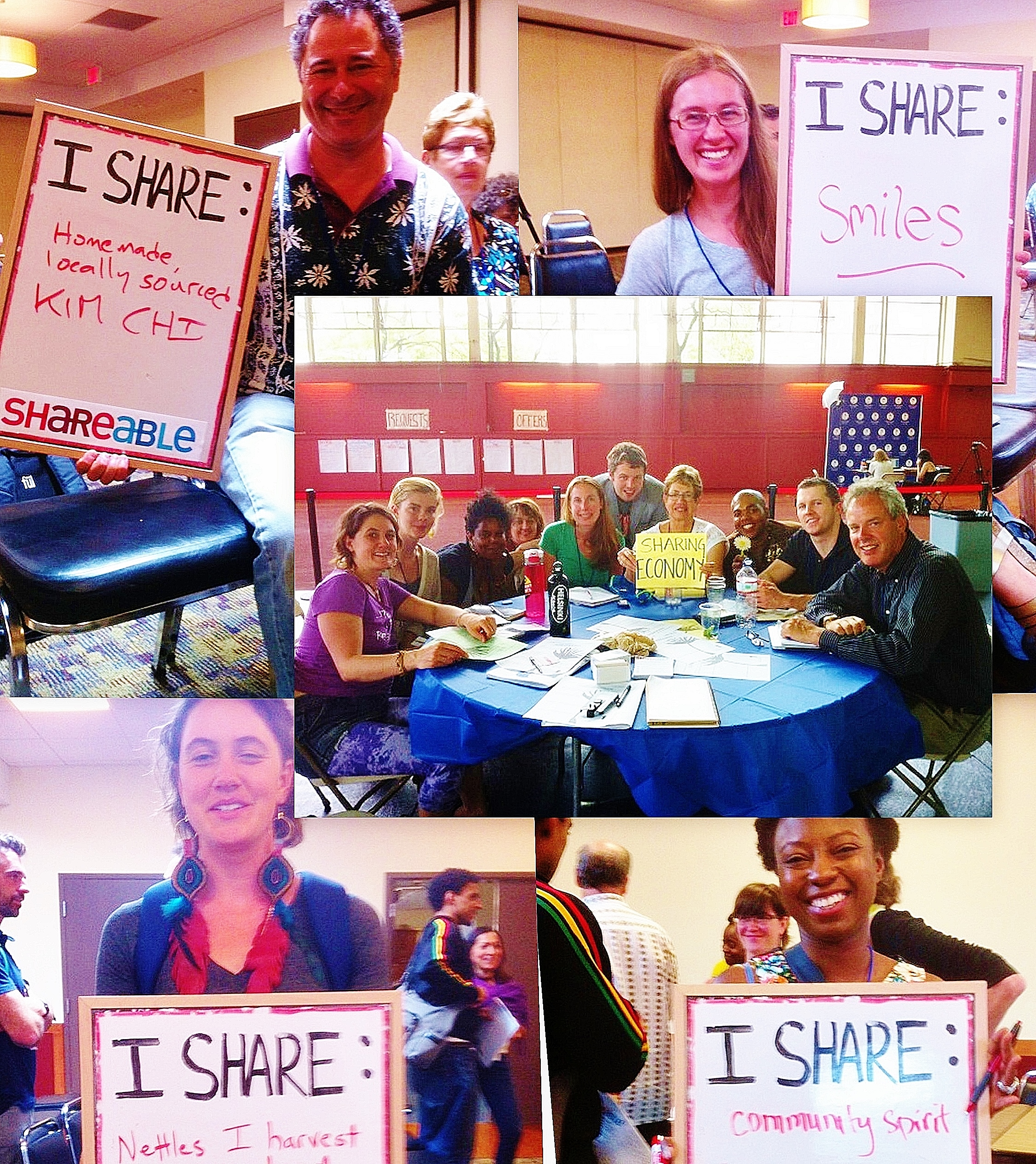 The Sharing Economy was discussed in several different contexts with a sharing economy breakout session, presentations focussing on Protecting the Commons, (Shared) Alternative Currency and panel discussion featuring representatives from Shareable, Peers, Sustainable Economies Law Center (SELC) and noted researcher and author Juliet Shore focussing on the question of whether or not Collaborative Consumption can advance equity.

Sharing has been a hot topic in the media as of late with Uber and Airbnb, two of the most profitable companies working under the collaborative consumption umbrella, have been under fire from local governments over their business models. At the same time, community based sharing initiatives, cooperatives and local collaborative consumption resources are flourishing. The question of equality within this movement was clearly of interest at CommonBound with standing room only by the end of the session.

As panelists discussed the steps which can (and are) be taken to ensure that collaborative consumption practices can advance social justice and some of the promising models and ideas already in practice, audience members passionately questioned the effects already seen (and projected) on a decrease in the city revenue necessary to maintain ‘shared’ infrastructure like public transportation, libraries, parks and other aspects of the ‘commons.’ Still others, who identified themselves as working on startup sharing projects, spoke to their unhappiness with the current level of demonization cast upon for profit sharing models and asked rather that new initiatives be given the chance to be successful before having the weight of equality of use put upon them. This is clearly a contentious topic and will remain so for the time being as the sharing economy continues to experience the pains of rapid growth and speculation. 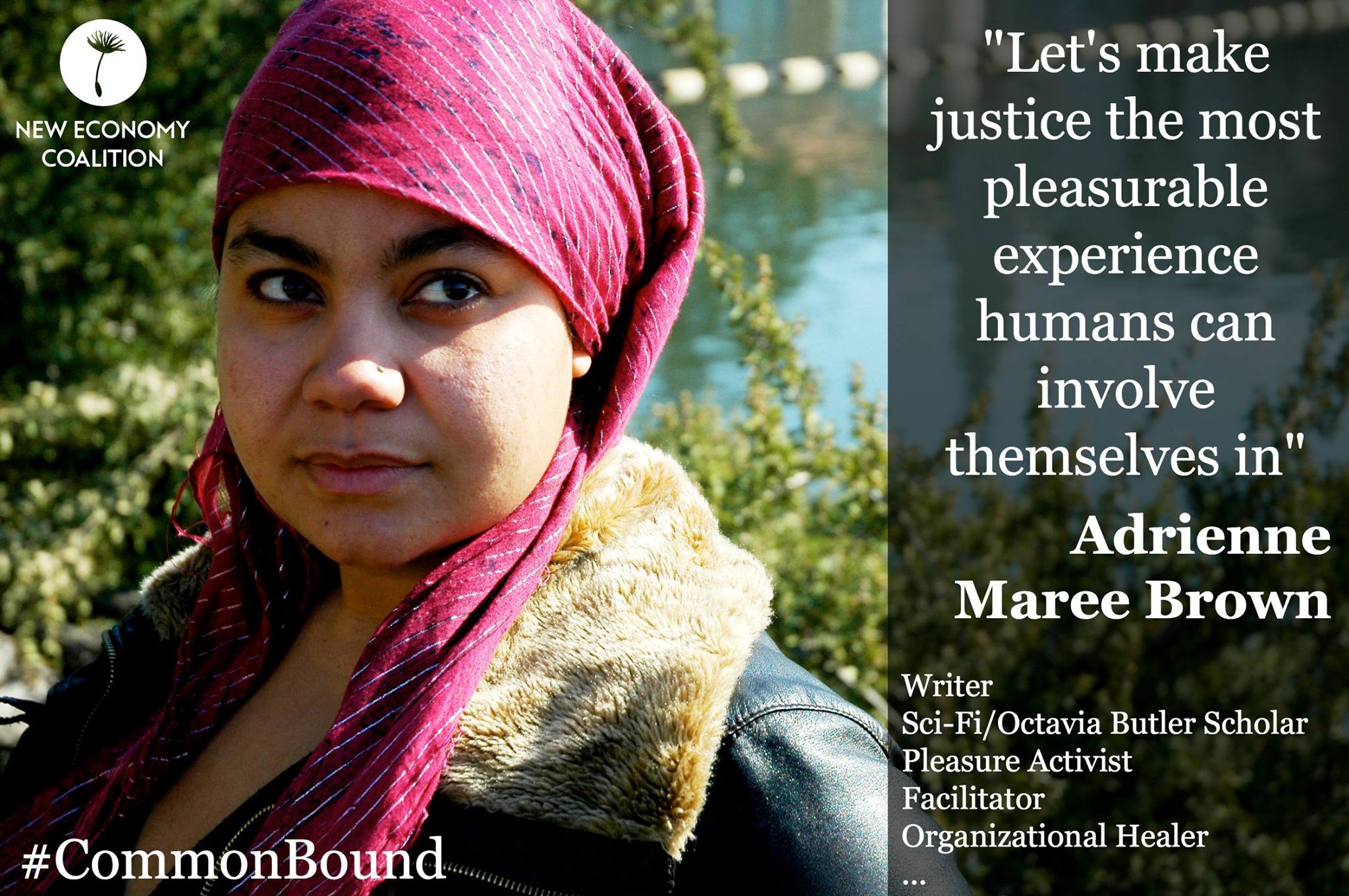 The feeling of gratitude and mutual support seemed to be had by all those participating in the weekend conference as personal reflections, last minute networking and fervent note taking of fleeting concepts and new ideas filled the hall during the last all conference plenary.

In the final moments of CommonBound 2014 Gopal Dayaneni from Movement Generation Justice and Ecology Project left the crowd who were finishing up the packed weekend schedule with a strong statement to reflect upon as the conference came to a close, quoting Nina Simone: “Aint nobody perfect because aint nobody free.” This was not meant to send us away on a down note but rather as a reminder of the state of the world in which we work.  These are serious times, the stakes are high and we’re all in this together.

Immediately following the conference delegates from many of the organizations who officially make up the Coalition were swept away into a smaller hall to continue their work together. Despite the fact that the NEC is rooted in a long history of supporting the growth of a new economy, the coalition was only brought together last summer and this was the first time the Coalition had all come together and the 1 ½ day long session was filled with visioning for how a coalition of this nature may be strengthened and how it can support the growth of a movement.

This was also the first time the coalition members had a chance to vote for new board members and the slate of candidates was incredible. The coalition embodied the democratic process they wish to have in the world with all candidates given the opportunity to speak before the coalition before delegates used a ranked choice (also known as instant runoff) voting system. This system, administered with assistance from the Boston Tech Collective, allowed delegates to vote for all 12 candidates in the order of their preference so that every vote would carry equal weight whether or not their top candidate(s) were in the running. If only our national voting system was administered in this way so we could truly embrace democracy and leave behind the strangle hold the 2 party system has on our ‘democracy.’

In the end 3 very strong candidates will be chosen to join the existing board and carry forth this allied vision on the NEC Board of Directors. The coalition meeting was mostly filled with questions, questions about how, where and when but not about why. It is clear WHY it is necessary to do this work and hopefully a coalition of this kind will support us all along the way. We are all CommonBound.